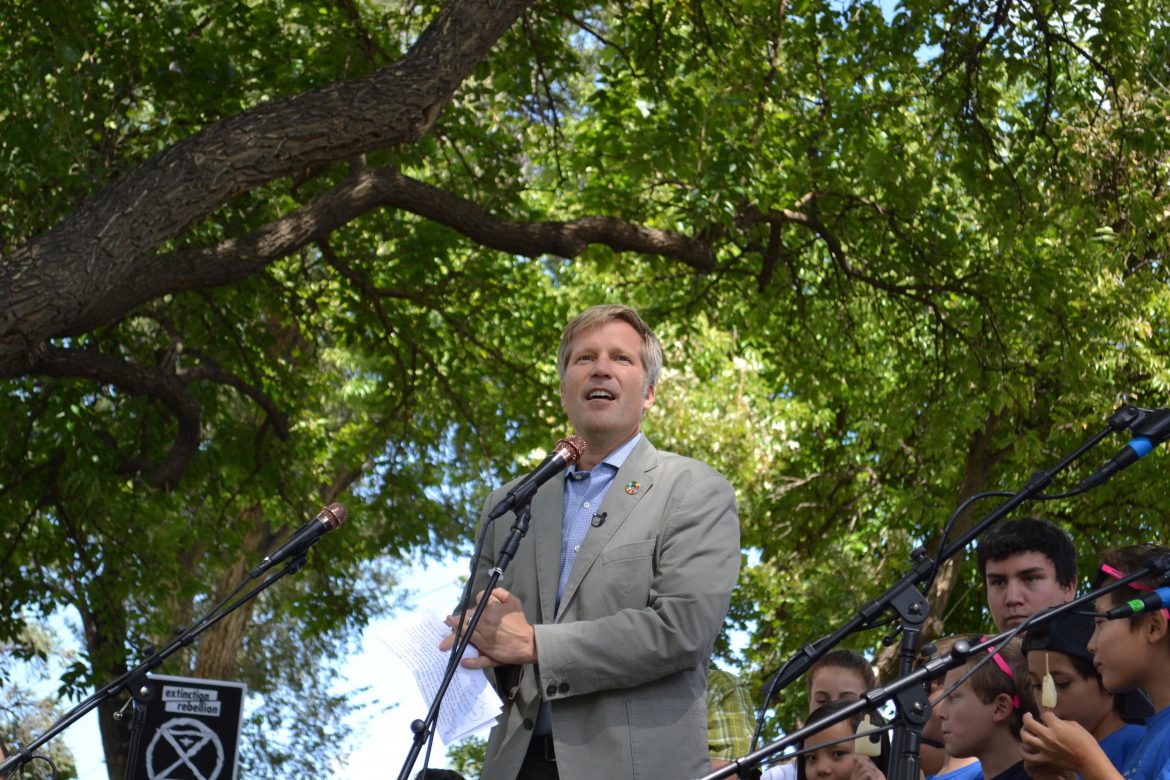 According to the report, which the Domestic Violence Prevention Task Force provided to Keller this week, domestic violence programs in the city are underfunded. In addition, Albuquerque and New Mexico both have “some of the highest percentages of domestic violence in the country.”

“The best way to address these issues is to allocate more resources both in the area of training and in the area of financial support for survivors and victims,” the report states.

Christopher Ortiz, public information officer for the City’s Office of Equity and Inclusion, provided the report to NM Political Report and said via email that Keller’s budget proposal for this year “fully funds domestic violence shelters and services and sexual assault services.”

He also said it’s up the city council to pass the final budget.

The task force also recommended the city hire a full-time employee to serve as a domestic violence coordinator to advocate for and be the point person for community organizations, city employees and the community.

According to the report, this would enable better collaboration and the public would be more inclined to reach out to the city because of the presence a dedicated employee.

The 11-page report provided a host of recommendations. Keller established the Domestic Violence Prevention Task Force by executive order in 2019 to address gaps that existed to prevent and address domestic violence.

According to a statement provided by the city, Albuquerque is already implementing some of the recommendations, including providing transit vouchers to local domestic violence organizations and training city employees to recognize the signs of domestic violence.

Ortiz said Keller has not decided yet on which recommendations he will implement. A feasibility study is “in the works that will help determine a cost estimate.”

The city also dedicated $250,000 last year from federal CARES Act funding to some local nonprofit organizations serving domestic violence and sexual assault survivors. The money provided economic relief to those organizations that were affected by the COVID-19 pandemic, according to the statement.

The report states that, based on statistics, about 3,000 city workers are survivors of domestic violence. The task force recommended the city should make internal resources available to establish a process that complements a “zero-tolerance,” policy by providing resources within the city for those workers.

Keller called domestic violence a “disturbing crime that tears at the fabric of our community.”

“It makes survivors feel trapped and unable to access help and resources, often goes unreported or unnoticed and far too often escalates to murder. The recommendations of our team put together not only actively work to identify survivors and offer help but also target the root causes of the issue. We are working to end the abuse and make Albuquerque a safer place for everyone,” Keller said in a statement.

The members of the task force included representatives from local domestic violence prevention agencies, Child, Youth, Families Services Department, Bernalillo County, the Albuquerque city council and some city departments including Police, Family and Community Services and the Offices of Equity and Inclusion and Civil Rights.

View all Office of Equity and Inclusion articles →