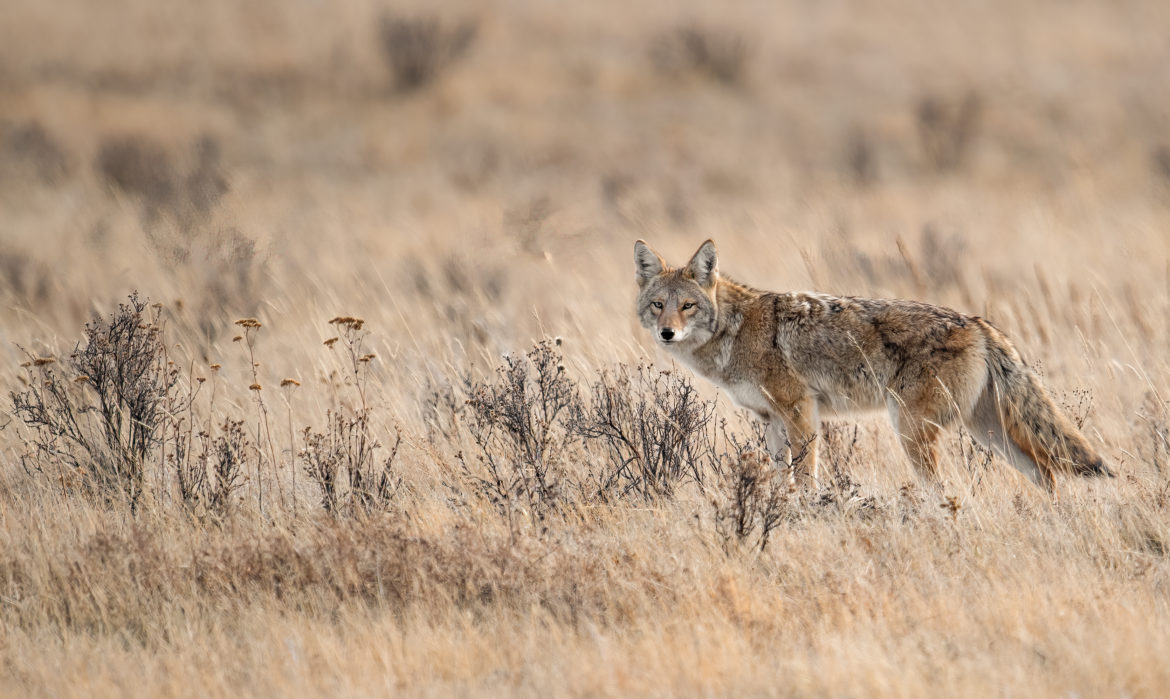 A federal agency kills thousands of wild animals annually through contracts aimed at protecting livestock and agriculture interests, but a conservation advocacy group hopes a new legal settlement will reduce the number of animals killed in New Mexico.

In an April 13 press release announcing the settlement, WildEarth Guardians described it as a major win for New Mexico’s wildlife.

“WS-New Mexico is currently developing a new EA for its Predator Damage Management Activities in New Mexico and will make a draft available for public comment,” Espinosa said.

Wildlife services last completed an Environmental Assessment for predator damage management in New Mexico in 2006, and WildEarth Guardians argued that scientific knowledge regarding predators has changed in the past 15 years.

The settlement requires a final Environmental Assessment to be completed by the end of this year.

Chris Smith, southern Rockies wildlife advocate for WildEarth Guardians, said one of the settlement wins was the agreement to end the use of sodium cyanide bombs. These bombs shoot a powder into the animal’s mouth when a predator, like a coyote, bites them.

“New Mexico is kind of a hotbed for those and they’re known to not only kill many, many, many coyotes, but also a lot of nontarget species like foxes and bobcats,” he said.

Ending the sodium cyanide bombs as well as practices of trapping and snaring on some protected federal lands within the state will help give wildlife a reprieve until a new state law kicks in on April 1, 2022, Smith said.

This law, colloquially called Roxy’s Law after a dog that was killed by a snare in 2018 in the Taos area, will prohibit the use of traps, snares and poisons on public lands in New Mexico.

“The last month or so with the passing of Roxy’s Law and with this settlement has been really good for wildlife,” Smith said. “There are people who are going to feel like they can’t raise livestock, but I actually think that in the long term these are opportunities to get into some more effective, more humane ways to coexist with wildlife.”

Under the settlement, Wildlife Services will not use neck snares on federal lands in the Albuquerque or Las Cruces districts or in areas where foxes are non-target animals in the Roswell District. It has also agreed not to use foot snares to target coyotes and to only use foothold traps that have offset jaws or are padded.

The settlement will also bring a bit more transparency to the somewhat secretive agency’s practices, including requiring an annual report that will be posted on the state-specific Wildlife Services’ website.

The first report will be available on June 1 and the settlement outlines what types of information must be provided. This includes the number of requests Wildlife Services receives for assistance, what animals were involved, why the requests were made, what animals were captured and on what type of lands and through what methods. The report will also include whether the animals captured were targeted or unintentionally captured.

Lethal removal of bears, coyotes and foxes from federal lands will be discontinued under the settlement pending the new Environmental Assessment. Meanwhile, bobcats will not be killed in the Albuquerque and Las Cruces districts.

Another provision in the settlement is ending the lethal removal of beavers from both public and private property in the state. Smith said this is important because of the roles beavers play in maintaining healthy water systems.

He highlighted that the entire state is experiencing drought and half the state is in exceptional drought.

“Beavers are shown to store water, to clean water, to recharge groundwater in the aquifers,” he said.

Smith said Wildlife Services temporarily stopping its practice of killing beavers until an Environmental Assessment is completed is also a win for water resources in the state.

He acknowledged that not everyone will be excited about the settlement or the interim measures Wildlife Services has enacted.

Rural ranchers and other people involved in agriculture often support the killing of predators or other animals that could damage their production.

But Smith said killing predators is not an effective method of reducing livestock depredation and there are non-lethal management tools that are more effective in the long term and less costly.

He said he hopes the Environmental Assessment looks at these non-lethal management tools that can be implemented.