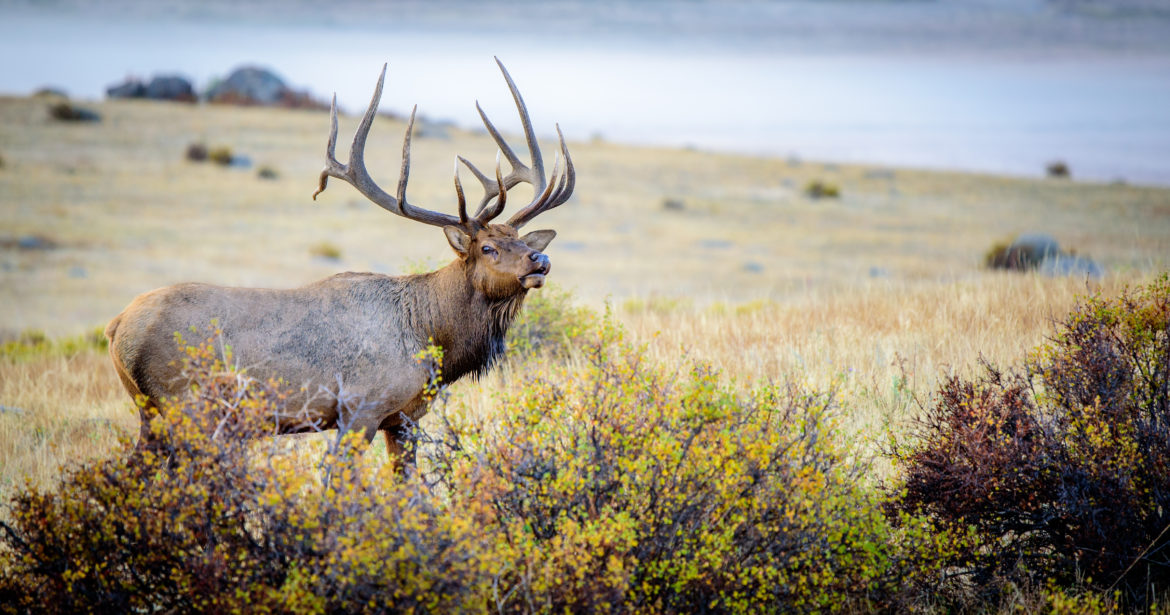 Beaver once swam in Big Bear Creek in the Lincoln National Forest and built their dams in the area, which improved the ecosystem. But the semi-aquatic rodents have since abandoned that part of their range amid habitat loss.

“We’ve lost a lot of the riparian vegetation, the biomass and species diversification within this area,” said Larry Cordova, a biologist with the Lincoln National Forest.

Now the U.S Forest Service is asking for $20,000 of funding from the Habitat Stamp Program to improve the riparian area ecosystem, including building fake beaver dams that play the function the beavers once played in the creek system.

This is one of two dozen proposals presented to the New Mexico Department of Game and Fish Habitat Stamp Program Citizen Advisory Committee this week by the U.S. Forest Service and Bureau of Land Management. These proposed projects range in cost from $5,000 to keep cattle out of Corrumpa Creek in Kiowa National Grasslands to $100,000 for restoration of the Vidal Creek headwaters, including erosion control. The Vidal Creek project would use the Habitat Stamp funds to match federal funding and the entire project is anticipated to cost about $400,000.

Licensed hunters, anglers and trappers who use Bureau of Land Management or U.S. Forest Service lands are required to purchase these stamps, which funds the program. A final decision on what projects should be funded will be made in May. A full list of proposed projects can be found at wildlife.state.nm.us/conservation/habitat-stamp/.

Big Bear Creek is located in the Bonito River watershed, bordering the White Mountain Wilderness. Cordova said there are beavers elsewhere in the watershed, but not in the portion of the national forest where the creek is located. He explained that herds of elk eat the willows and, because of the elk, there is not enough food to sustain a beaver population.

In addition to installing the fake beaver dams, the proposal calls for planting cottonwoods in the area. To protect young cottonwoods from the large herds of elk, the project also calls for fencing.

Cordova said the work being done, including the proposal for the Habitat Stamp funding, will lead to healthy riparian growth.

“Who knows, 20 years from now, maybe we can come back and reintroduce beaver,” he said.

In the northeast portion of the state, a small tan fox relies on the short-grass prairies to hunt. This fox, known as the swift fox, is one of many species that call the Kiowa National Grasslands home.

“The short grass prairie can be beautiful. It can even be breathtaking,” said Kristen Warren, a wildlife biologist who works in the Kiowa National Grasslands.

But this habitat has been altered by human activity, including fire suppression.

“Fire is very natural in the prairie and just like in the forests it has also been suppressed over the decades, over the centuries even,” she said.

Without fire, shrubs creep in on the short-grass prairie, which reduces the preferred habitat for the swift fox as well as other species.

Warren presented a proposal to thin encroaching shrubs and use prescribed burns to improve the short-prairie ecosystem. She asked for $7,500 of Habitat Stamp funding for the project.

Fencing vehicles out of a meadow

Outdoor recreation can be a positive outlet for people, but the use of off-highway vehicles in a meadow in Lincoln National Forest concerns both the Forest Service and the Rocky Mountain Elk Foundation.

Benado Gap provides important winter habitat for both mule deer and elk, but the vehicles are changing the contour of the land and where the water pools.

“It’s really just being destroyed because of ATVs and any other type of motorized vehicles coming through the area,” said Lincoln National Forest Partnership Coordinator Colleen Urban.

The forest service has asked for funding to install a fence that would keep the vehicles out of the meadow.

Rocky Mountain Elk Foundation has donated $7,500, but that will not be enough to cover the entire scope of the project. Urban presented a proposal for $26,000 of Habitat Stamp funding.

Hundreds of elk graze in the Elk Springs Area of Critical Environmental Concern at the base of the Jemez Mountains during the winter. But cattle are competing with these large ungulates despite the allotment being retired from grazing in 1991, according to Jessie Montoya, who presented the project for the Bureau of Land Management.

If the cattle push the elk out of the area, the elk will have to cross U.S. Highway 550 near Cuba. This stretch of road already has a high number of animal-related collisions.

The BLM Rio Puerco Field Office is asking for $15,000 to fence the animals out. This could prevent the elk from heading west into the valley in search of food and water, which requires crossing the highway.

There are four wildlife watering areas constructed in the Elk Springs area and videos of the guzzlers have shown large numbers of cattle. At one of these guzzlers, the BLM didn’t record any elk.