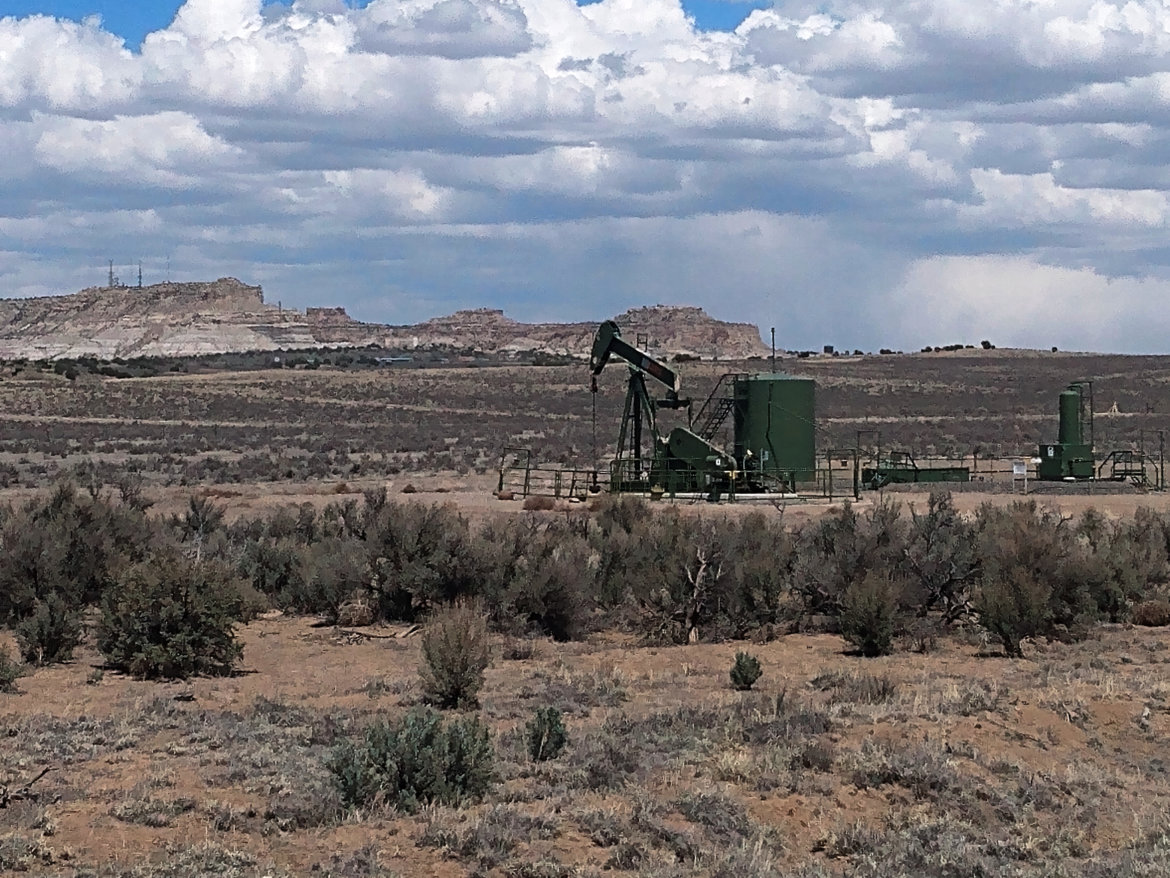 Carol Davis, the director of the environmental advocacy group Diné CARE, recalled spending a few days camping near Counselor, New Mexico with other members of the advocacy group a few years ago and feeling sick from the emissions related to oil and gas production.

“For me, being in a region where there’s just that air pollution, I seriously was getting headaches, feeling nauseous, and it’s just amazing that people have lived there for so long in an area where they’re exposed to that kind of pollution,” she said, adding that she had a panic attack that night.

After researching the health impacts of emissions like methane, she said she realized the symptoms were not unusual.

A recent report by the Environmental Defense Fund found that 1.5 billion cubic feet of natural gas, consisting primarily of methane, is released into the atmosphere each year from oil and gas operations on Navajo Nation lands. EDF argues this wastes a valuable commodity leading to the loss of $1.2 million of royalties and taxes to the tribe annually.

“What we found is that a significant amount of methane is either being vented, flared or leaked from Navajo lands,” said Jon Goldstein, the author of the EDF report.

There are various reasons why natural gas might be vented or flared, including safety reasons and after a well has been completed.

Goldstein said leaks lead to about a third of the emissions and can be addressed through regular detection and repair.

One of the main areas where oil and gas extraction is occurring in Navajo Nation is in the eastern chapters near Chaco Culture National Historical Park.

Fossil fuel development has been controversial in that area even among community members, Davis said.

There are limited economic opportunities in the area and allottees can make money by allowing oil and gas extraction. But, at the same time, other community members are concerned about the emissions and the potential harm to water sources and sacred sites.

Signs along U.S. Highway 550 in the Lybrook area warn of the dangers of methane emissions and three Navajo Nation chapters in the area commissioned a health impact study that found respiratory problems and anxiety.

Davis said EDF’s studies have demonstrated that the pollution, including methane and volatile organic compounds, are occurring at higher levels than the national average. And this, she said, can have a huge toll on the health of Navajo Nation residents.