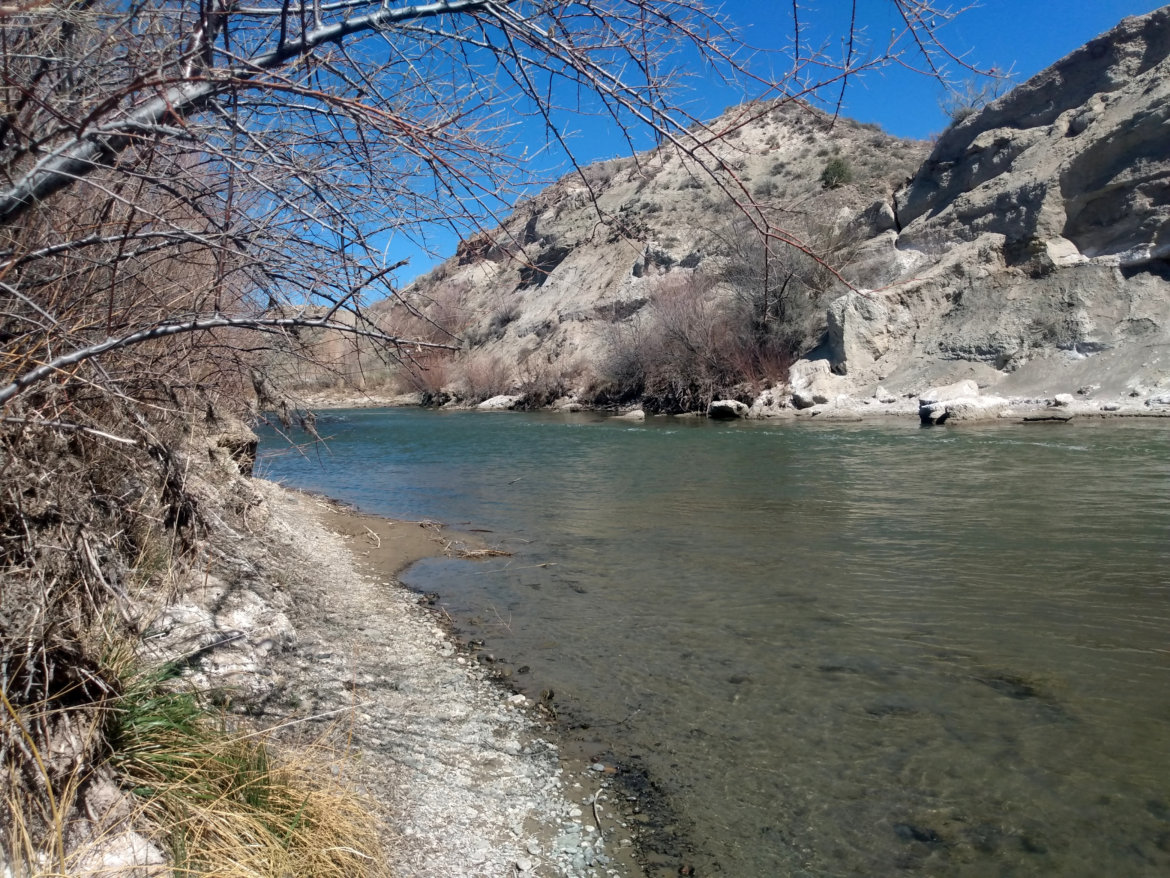 Climate change threatens the availability of water in the Colorado River basin and water managers need to take steps now to prepare, the director of the Water Resources Program at the University of New Mexico John Fleck and Brad Udall, the senior water and climate research scientist at the Colorado Water Institute at Colorado State University, argue in a recent editorial.

The two scientists published the editorial in last Friday’s edition of the research journal Science.

“We share the concern that the decision makers are not doing what we think needs to be done to fully incorporate the risks of climate change in the decisions that have to be made over the next few years on the Colorado River,” Fleck said in an interview with NM Political Report.

The editorial starts by highlighting a hydrologist’s analysis in 1920 that found the Colorado River could not support future water demands.

“No one heeded his warning,” Fleck and Udall wrote.

Now, a century later, water managers are grappling with questions as climate change reduces the amount of water available.

Both Fleck and Udall have been studying the water availability on the Colorado River for years.

“My work tended to focus on optimism and where solutions might be found in terms of collaboration and water conservation,” Fleck said.

Meanwhile, Udall’s work has focused more on the dangers and risks of climate change.

“It’s really interesting to see Brad and I merge and write together on this piece because I think we’re a lot closer to those dire scenarios than I expected we would be this soon,” Fleck said.

“I think humans are good at adapting to difficult situations, I just feel like it’s happening more quickly than I thought it would,” he said.

Fleck said this will require really skilled diplomacy and water conservation, which must be done faster than he had anticipated even five years ago.

New Mexico’s Colorado River water comes from the San Juan River, a tributary of the Colorado River. This river flows through San Juan County from Navajo Dam to near the Four Corners National Monument.

While the San Juan River only flows through a small part of the state, Fleck said Albuquerque and Santa Fe use Colorado River water through the San Juan-Chama project as an important source of their municipal water supply.

“If we don’t do a good job at solving problems on a basin-wide scale, that could spill over to risks to those critical central New Mexico water supplies,” Fleck said.

He said water managers should be realistic with their communities about the shrinking supply of water.

“These are really hard conversations to have,” he said.

Some agencies, like the Albuquerque Bernalillo Water Utility Authority, have considered dire climate change scenarios in their long range planning, Fleck said, adding that he did some work for the association in the past.

This led to the creation of good strategies for addressing some of those potential problems that could occur as the area experiences rapid population growth in a dry area. Fleck said those plans need to be updated on a regular basis, especially as new studies come out about climate change.

There are two major reservoirs on the Colorado River – Lake Powell and Lake Mead. Water levels have been declining in those reservoirs. Fleck said they are reaching alarmingly low levels.

“Lake Powell is conceivably flirting in the next couple of years with levels at which it would no longer be able to generate power,” Fleck said.

Hydropower from Lake Powell is an important source of clean electricity for many places in the west, including parts of New Mexico.

Beyond reducing the availability of clean hydropower, the low levels in Lake Powell also reduce the cushion that the upper basin states of Colorado, Wyoming, New Mexico and Utah have in terms of the ability to meet the Colorado River Compact water delivery requirements to the lower basin states of Arizona, Nevada and California.

If enough water does not reach the lower basin states, the states in the upper basin will have to cut back in response.

Fleck said it is unknown what impact that could have on New Mexico’s supplies, but, he added, it is a risk best managed now and, if possible, avoided.

The upper basin states developed a plan a couple years ago to store extra water in reservoirs like Navajo Lake that could be released if needed to meet the compact delivery requirements. Fleck said the upper basin states are still setting up the programs to get the water into that storage. That will be done through demand management, such as paying farmers not to irrigate and instead placing the water that is saved through that process in storage.

The editorial highlights for every one degree Celsius of warming, the Colorado River’s flow is expected to decline by 9 percent.

Snowpack used to be a reliable source of water in the spring and summer, Fleck said. However, dry soil means that more moisture is absorbed into the ground and less runs off into the river.

While the snowpack this year is 80 percent of average, it is delivering less than 30 percent of the average river flows, Udall and Fleck highlight in the editorial.

This isn’t only impacting the Colorado River Basin, but can also be seen in the Rio Grande.

Fleck said the editorial is not trying to prescribe an answer to the questions but is instead encouraging water managers to be ahead of the curve and to have public conversations so that they know what their going to do if certain climate change scenarios play out.

“I hope the decision makers will listen to our plea to use some realistically serious climate change scenarios in the planning we do to try to deal with our problems over the next five years,” he said.