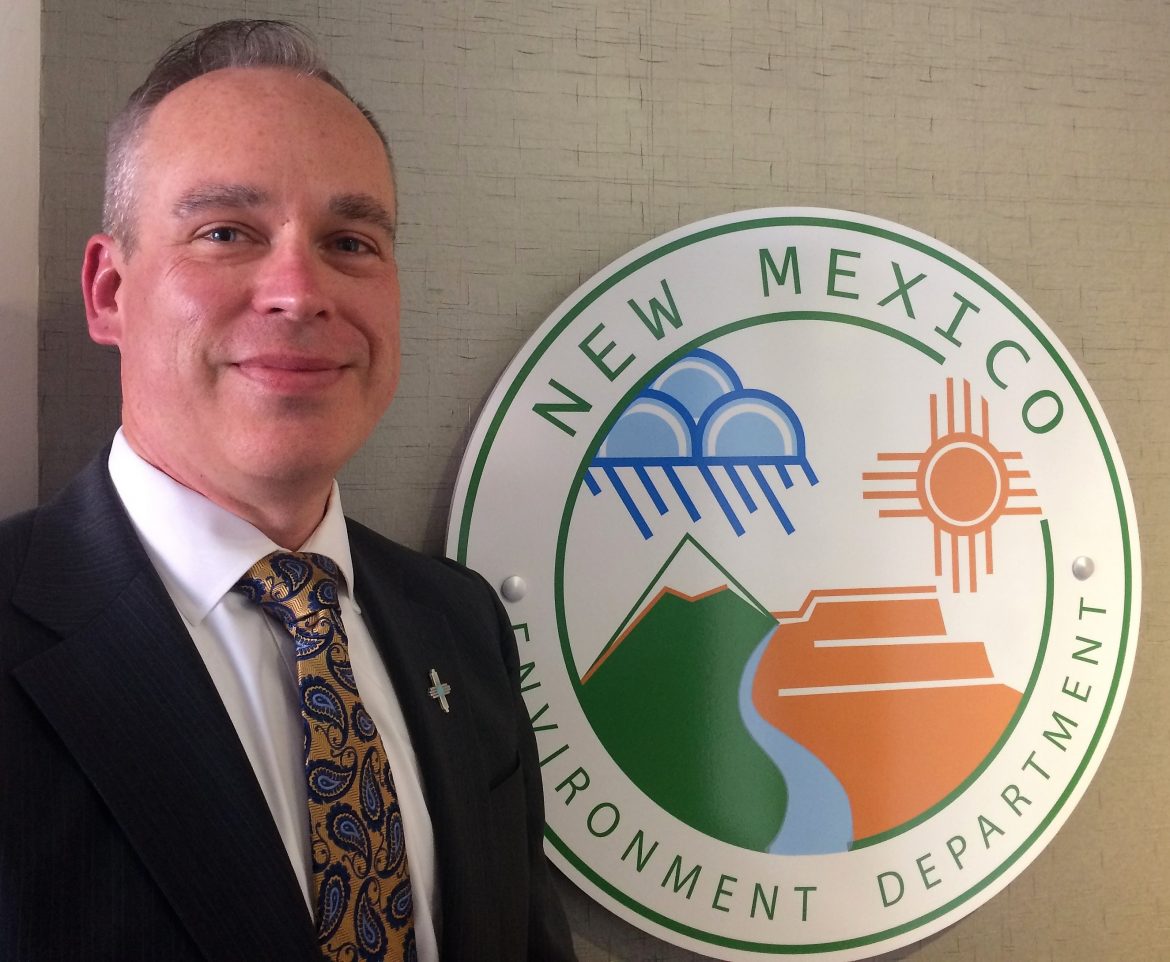 Toxic chemicals that do not break down in the environment have been threatening water sources nationwide, witnesses told the Senate Committee on Environment and Public Works during a hearing on Wednesday.

Per- and poly-fluoroalkyl substances, better known as PFAS, have received attention in New Mexico and nationwide as they were used in firefighting foam at two air force bases. This contamination has migrated from the military bases and led to water contamination at a dairy farm near Clovis in eastern New Mexico.

While these chemicals can lead to cancer as well as other health effects, there are no federal rules regulating them. That needs to change, according to New Mexico Environment Department Secretary James Kenney who told the committee that a federal regulatory framework is needed for PFAS.

“Simply stated, the mission of my department is to protect the health of New Mexicans,” he said. “The reality is that I can’t do so when it comes to PFAS.”

But it isn’t only military bases where PFAS can be found.

Kenney talked about going to buy a rug from a store in Albuquerque. The business offered to treat the rug with a fabric protection treatment that Kenney learned contained PFAS.

Kenney said Congress can affirm that discarded PFAS is a hazardous waste under the Resource Conservation and Recovery Act. He said that would allow states to address PFAS contamination at Air Force bases as well as from other sources. Additionally, he said there needs to be a national drinking water standard for PFAS.

Kenney also asked for funding for states, which he said are on the front line of the fight against PFAS.

Military bases across the country have had PFAS contamination

New Mexico is not alone in facing PFAS contamination at military bases.

Joanne Stanton, co-founder of Buxmont Coalition for Safer Water, said Pennsylvania has not been able to hold the U.S. Department of Defense accountable for PFAS contamination in her state. Meanwhile utilities have had to invest in technology to remove PFAS from the water.

“Ratepayers have been paying almost double water bills for the last seven years,” she said.

While communities have received some relief in the form of state funding, she said it is a long time for residents to pay high water bills without being able to hold the polluter accountable.

In Michigan, at least ten military bases have had PFAS detected on them and U.S. Senator Debbie Stabenow, a Democrat from the state, said it is leaking off of the bases and into water sources.

“We have lakes and streams where they’re sometimes covered with a thick foam as a result of PFAS from the bases,” she said.

Kenney said clean up at Cannon Air Force Base has taken too long, as the pollution has migrated toward agricultural communities.

“We have people questioning today whether they should take a shower, drink their water, water their cows,” Kenney said.

Preventing contamination before it happens

U.S. Senator Mark Kelly, a Democrat from Arizona, expressed concerns about contamination of drinking water by PFAS especially as Arizona is experiencing extreme drought and is looking at a water shortage this year.

He asked Kenney about proactive measures that could be taken, highlighting that some water utilities have sought to make system improvements prior to PFAS being detected. These improvements are intended to remove PFAS if it does enter the water. However, the utilities must use ratepayer funds to pay for these upgrades.

“In so many water systems, these costs are unaffordable without federal assistance,” Kelly said.

He asked Kenney about the harms of only providing significant federal resources to help cleanup systems that have had PFAS contamination as opposed to funding proactive treatment.

“I think the harm is precisely that we’re chasing our tail,” Kenney said.

He said it is important to prevent contamination from getting into the water systems to begin with and to provide funding to support water utilities in those efforts.