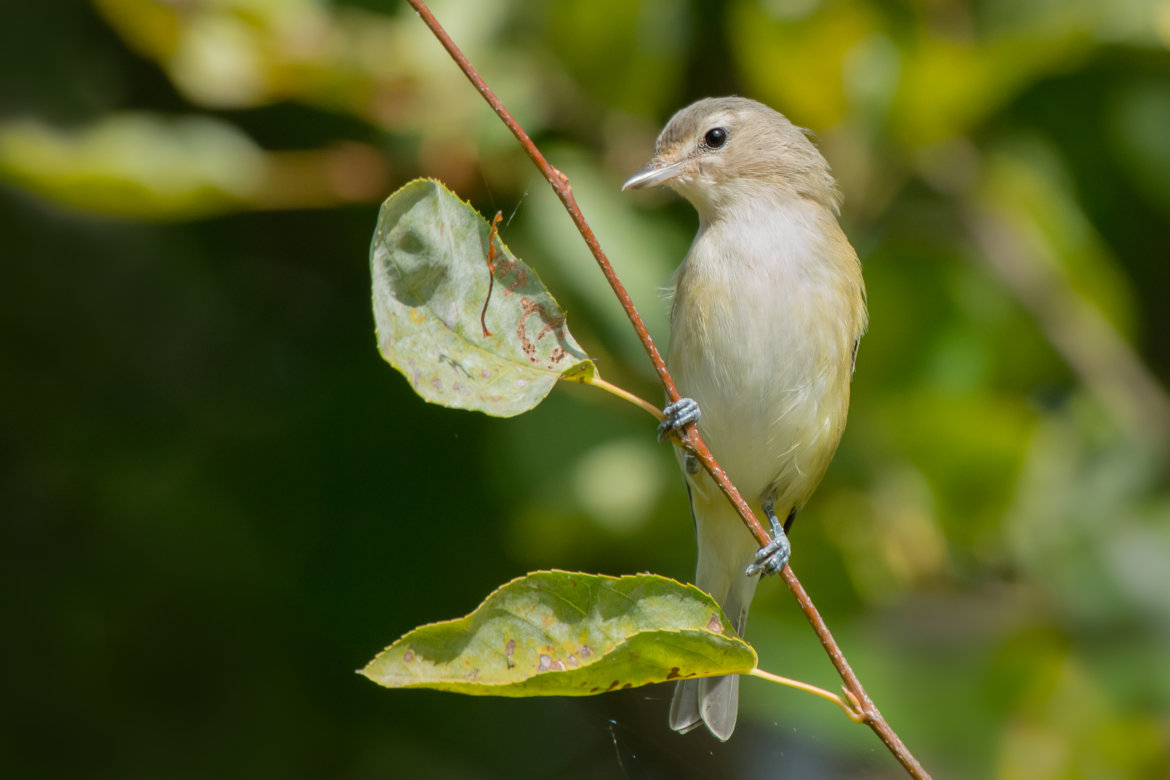 A group of researchers chose a mountain peak in New Mexico as a location where birders can help with breeding bird counts.

The Mountain Bird Network selected Deception Peak, which can be accessed from the Ski Santa Fe area, in New Mexico as one of three locations to start the community science project.

The data gathered will be used to inform studies looking into the impacts of climate change on birds.

Ethan Linck, a postdoctoral researcher at the University of New Mexico, will lead the efforts in the state.

“I always like science that can involve the public and demystify the scientific process,” he said.

He said the idea for the project began several weeks ago when he was talking with his friend, Ben Freeman, who is a postdoctoral researcher at the University of British Columbia. Freeman wanted to get his ornithology class involved in surveying birds. Linck said he liked Freeman’s idea and thought it would be a good opportunity to get data from New Mexico as well. The two of them were joined by Matt Chmielwski, a postdoctoral researcher at Temple University in Oregon.

Surveys will be occurring at Mt. Seymour in British Columbia, Mount Hood in Oregon and Deception Peak in New Mexico.

These mountains were chosen because they are easily accessible, fairly high in elevation and are located near metropolitan areas.

The scientists are asking birders who want to participate to visit those sites between sunrise and 10 a.m. any day that doesn’t have rain through July 15. This time period was chosen based on the birds’ breeding season.

Participants will use eBird, a free app created by Cornell Lab of Ornithology, to record the birds they see and then tag MountainBirdNetwork. The app will record details like how long the participants were birding and the GPS coordinates of where they were. The app also includes privacy settings that allows users to participate in citizen science projects without worrying about their personal information. This includes the option to have names publicly displayed as “Anonymous Birder.”

Birders should spend about five minutes in one location recording every bird they see or hear within 50 meters of them. Then they can move to another spot which should be at least 150 meters away.

Linck said the Deception Peak area has a diversity of habitats ranging from piñon juniper near Santa Fe to alpine tundra near the top of the mountain. A lot of the habitat is a mixed conifer forest with aspens and he said it is really representative of a lot of mountain forests in North America.

“You get a lot of bird species that extend from here to basically Alaska, and in some cases the northeast as well,” he said.

“There’s lots of activity and these are species that will mostly be found in Wyoming and Montana, Colorado and some of them in British Columbia too and so we can use that as a nice point of comparison.”

Linck said birders of all levels are welcome to participate.

“We want to make this as inclusive as possible,” he said.

He said they are confident that people of all birding abilities—from those who can identify every bird they hear to those who are just getting started—will be able to contribute useful data.

The eBird app also provides birders with a list of birds that they are likely to see in the area, which can help new birders identify the species.

These surveys will be repeated on regular intervals to monitor the bird populations.

“I personally would love to have this happen every year,” Linck said, though he said the intervals could be every five or 10 years instead of annually.

Linck said New Mexico has one of the most diverse lists of bird species in the country.

“It’s a great state to get out and go birding in,” he said, adding that it is a good state to compare bird species to other western states like Colorado, Arizona and California.