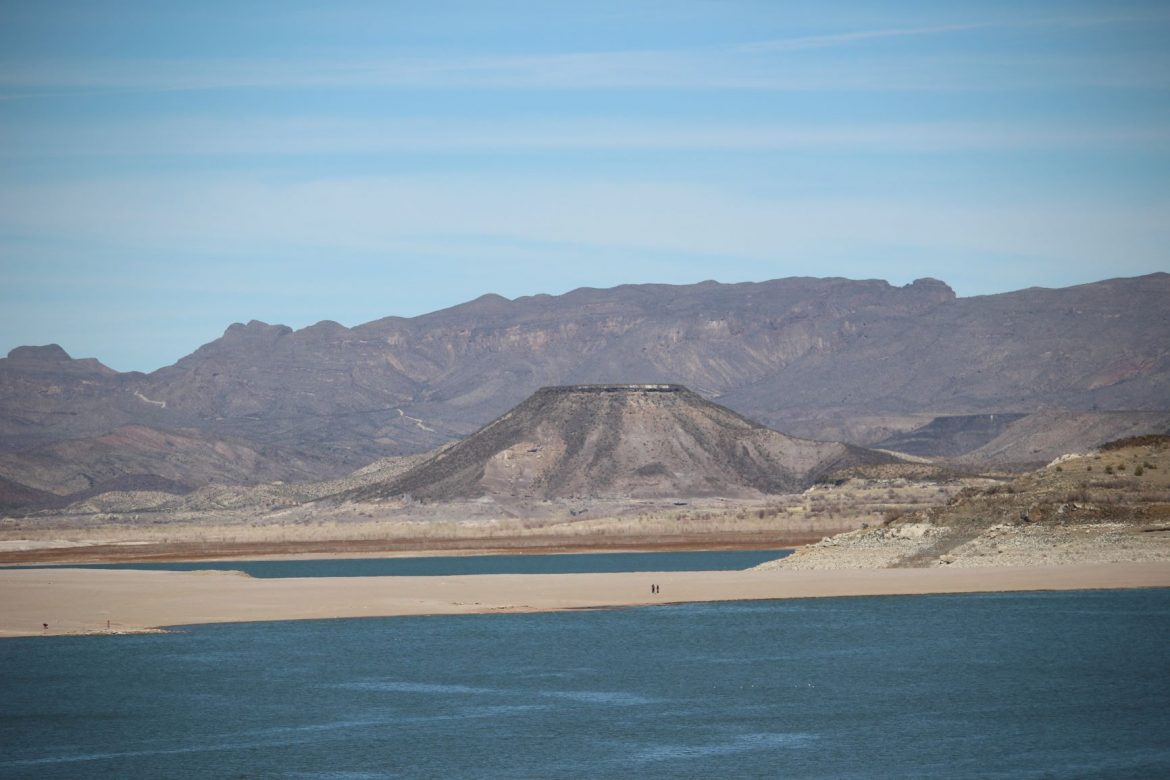 On March 9, 2019, Elephant Butte Reservoir was about nine percent full

Recent rains have brought some relief to Elephant Butte reservoir in southern New Mexico, but the U.S. Bureau of Reclamation is still preparing for low levels that have not been seen since the 1950s.

Mary Carlson, a spokesperson for the BOR, said three decades of drought conditions where dry years have not been offset by multiple years of good precipitation have had a negative impact on reservoirs throughout the state—and Elephant Butte is no exception.

Elephant Butte provides the state with a wide range of economic benefits from attracting tourists to providing farmers and ranchers with irrigation water.

Located north of Truth or Consequences in Sierra County, the state’s largest reservoir stores water for southern New Mexico and Texas and is an important component of the Rio Grande Compact. As of Tuesday, the reservoir was at just 7.3 percent of capacity.

Carlson said following the rains this week that led to flooding in some parts of southern New Mexico, she did see videos of arroyos flowing into the reservoir and the increased precipitation reduced demand for irrigation water from the reservoir.

“It definitely has benefited from this rain,” she said.

Irrigation season ended Wednesday for the Elephant Butte Irrigation District, which had to shorten its season due to drought conditions.

This isn’t the lowest it has gotten in recent years. In 2018, it was reduced to 3 percent capacity. But Carlson said this year could see even drier conditions.

Climate change is expected to increase temperatures and decrease precipitation in New Mexico, which means drought conditions could become more common and reservoirs like Elephant Butte may see these low levels more frequently.

Recognizing that climate change will impact reservoirs like Elephant Butte, the BOR is working on a Rio Grande Basin study in partnership with more than 20 other groups, Carlson said.

“These basin studies allow us to kind of think outside the box,” she said.

The basin study will examine the science and the options and evaluate them and then provide ideas for paths forward.

Dropping water levels could reveal objects long-hidden beneath the surface, such as cultural sites that were inundated when the reservoir was built or debris that have built up with time, Carlson said.

Additionally, the BOR is watching for impacts the low water could have on dam operations. Carlson gave the example of Caballo Reservoir in 2016, where low water levels led to a sediment plug in the outtake structure impeding operations.

And, on top of that, New Mexico owes water to Texas, which must be delivered to Elephant Butte.

Upstream water users are trying to increase the amount of water delivered to Elephant Butte. The Middle Rio Grande Conservancy District ended the irrigation season early last year and began irrigation season late this year. And the Albuquerque Bernalillo Water Utility Authority has stopped using San Juan-Chama Project water and switched to groundwater in an effort to increase the water flowing downstream in the Rio Grande.

As the reservoir levels drop, water officials throughout the state are hoping for a good monsoon season following two years with virtually no monsoon.

But to fully recover, Carlson said it takes several good years of monsoons.

“Our reservoirs throughout New Mexico, whether it’s Elephant Butte or up north El Vado, Heron, they’ve served us well through so many years of drought,” she said. “They did what they were supposed to do, they stored in times of plenty to provide water during drought. But eventually with so many years of drought they’re reaching new low points and we just haven’t seen the consecutive good years to replenish them. We’ve had a good year here and there, but we need several of those to really replenish our storage.”

Part of that reason is the soil conditions in the mountains where the headwaters of the Rio Grande are located.

“We saw a decent snowpack in the mountains that feed New Mexico’s waterways but that snowpack didn’t materialize into streamflow,” she said. “The soil was so dry, we think that a lot of that water just stayed in the soil.”

She said the riparian vegetation is also taking up the water before it can run down stream.

“I think that the effects of just so many years of drought have really caught up to us in New Mexico,” she said.