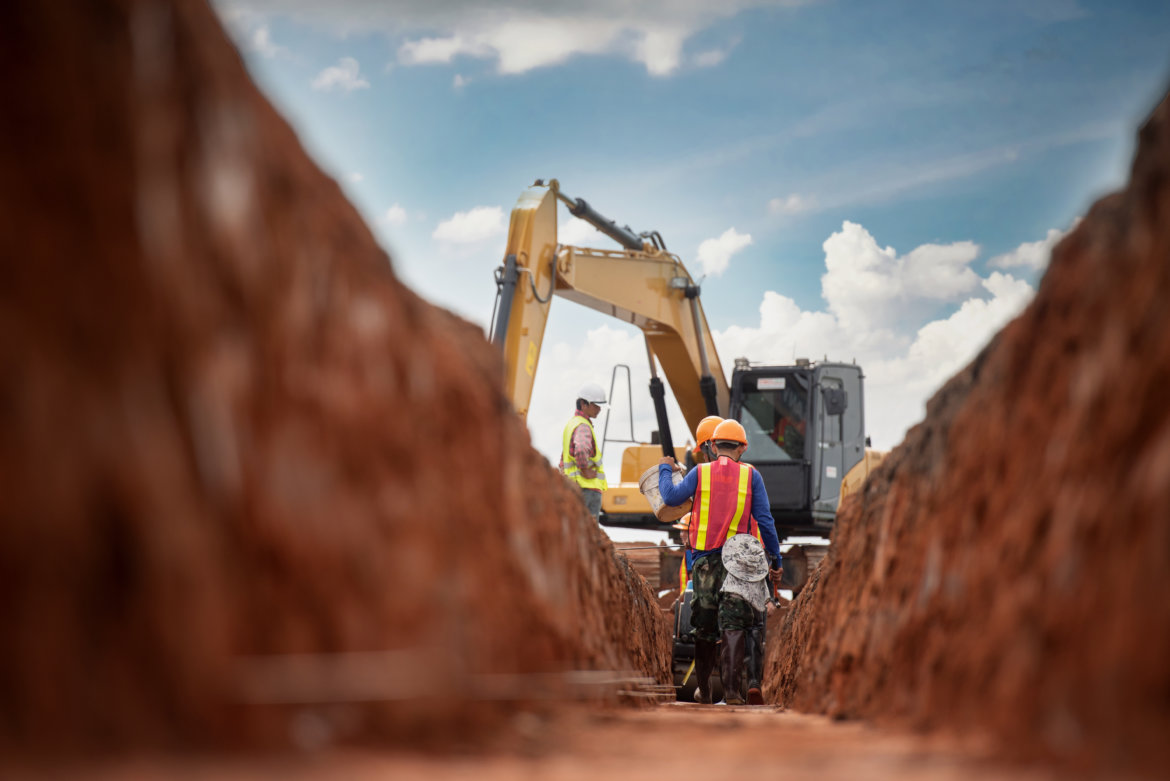 From municipal water system resiliency to energy projects, the bipartisan infrastructure package that passed the U.S. Senate on a 69-30 vote this week could help a variety of projects within the state.

The Infrastructure Investment and Jobs Act now heads to the U.S. House of Representatives, which is reconvening on Aug. 23—about a month earlier than it had previously planned.

In a statement following the passage of the bill, U.S. Senator Ben Ray Luján, a New Mexico Democrat, said that it will “bring billions of dollars to New Mexico to modernize our infrastructure and create new jobs and opportunities. From repairing our roads and highways to taking aim at the digital divide, this legislation will make a difference in the lives of all New Mexicans.”

The bill also provides $5 billion in funding for water projects in the western United States and, according to a press release from U.S. Senator Martin Heinrich, will fund the Eastern New Mexico Water Utility Authority’s project to pipe water from Ute Lake near Logan to communities in the eastern part of the state as far south as Elida that currently get water from the depleting and deteriorating Ogallala aquifer.

According to the Eastern New Mexico Water Utility Authority, the water in the Ogallala aquifer below Clovis and Portales has decreased by more than 100 feet in the past decades and hydrologic experts predict that it will no longer be able to support municipal demands in the near future.

The infrastructure bill provides $3.5 billion to the Indian Health Service to fund domestic and community sanitation facilities. A press release from Heinrich’s office states that the funding will fully cover the backlog of water and sanitation projects. This will improve access to reliable and clean water in Indigenous communities.

Luján and Heinrich have advocated for funding to address the backlog in projects. In May, they joined with U.S. Senator Krysten Sinema, an Arizona Democrat, to introduce a bill to fund projects identified in the annual report to Congress regarding sanitation level deficiencies in Nativie American homes.

The infrastructure package directs the U.S. Department of Energy to enter into an agreement for a demonstration pumped hydro storage project by Sept. 30, 2023. This project must be able to generate 1,000 megawatts of storage capacity and the electricity must be able to be used by more than one organized electricity market. The electricity used to pump the water to the upper reservoir must come from intermittent renewable sources like wind and solar located on tribal lands and it must have preliminary permit approval from the Federal Energy Regulatory Commission.

“The project would emit zero carbon emissions, it would have no emissions whatsoever once it was built,” Conroy said.

The location in northwest New Mexico is attractive in part because of the deep canyons that can be used for the facility and in part because of the closure of coal-fired power plants in the Four Corners region. As coal-fired power plants close, transmission capacity becomes available. Conroy said the plan is to connect into the grid at the San Juan Substation as well as the Four Corners Substation. This will allow the energy to be sent to Arizona, California, New Mexico and other markets.

Enchant Energy could choose to apply for some of the funding in the infrastructure bill as it seeks to acquire the San Juan Generating Station and retrofit it with carbon capture technology.

“We are very pleased with the support the Biden Administration and Congress have shown for carbon capture projects as important and essential components of climate change initiatives,” said Enchant Energy CEO Cindy Crane in a statement to NM Political Report. “The infrastructure bill offers billions of dollars to develop carbon capture that will boost the technologies and projects needed to reduce emissions that contribute to climate change.”

Crane said Enchant Energy is particularly interested in the $2.5 billion in funding for large demonstration projects. Two of those projects are required to come from coal electric generation, like the San Juan Generating Station.

She further highlighted sections of the bill that would fund carbon sequestration infrastructure projects, such as pipelines to transport carbon dioxide and storage projects, including Class VI injection wells. Enchant Energy hopes to sequester the carbon dioxide captured from the San Juan Generating Station in Class VI wells.

Heinrich has said he believes New Mexico could be a leader in hydrogen power and the infrastructure bill has several provisions aimed at helping the budding industry. Pieces of legislation Heinrich introduced earlier this year were incorporated into the infrastructure package, including  $200 million annually for Fiscal Years 2022 through 2026 to decrease the cost of hydrogen production from electrolyzers.

The infrastructure bill could also lead to the creation of at least four hydrogen power demonstration projects and requires that two of them be located in regions with high levels of natural gas production.