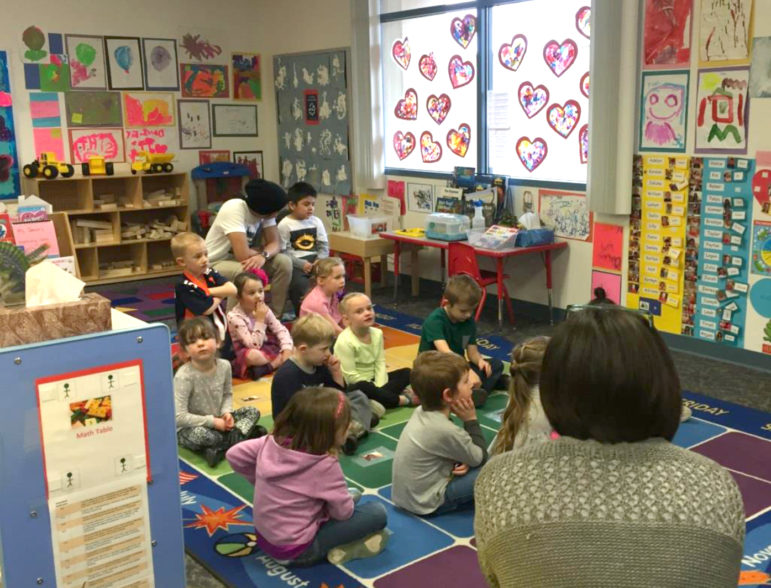 Photo from the K3 Plus Program annual report.

One woman who spoke, Ivydel Natachu, said she has been an early childcare educator in New Mexico for 16 years.

Matthew Henderson, executive director of OLÉ New Mexico, said there is a shortage of early childcare educators in the state and that one in three children in New Mexico do not receive an education prior to kindergarten.

“If we wanted to grow that system, could we build it without paying that wage [of $18 an hour]?” He asked.

“It won’t build without this wage,” she said.

OLÉ is pushing for the $450 billion for childcare programs in the federal infrastructure bill to include funds to ensure all childcare workers in the country can earn at least $15/hour. The $1 trillion dollar infrastructure bill passed the Senate last month with bipartisan support but it has yet to be taken up by the House.