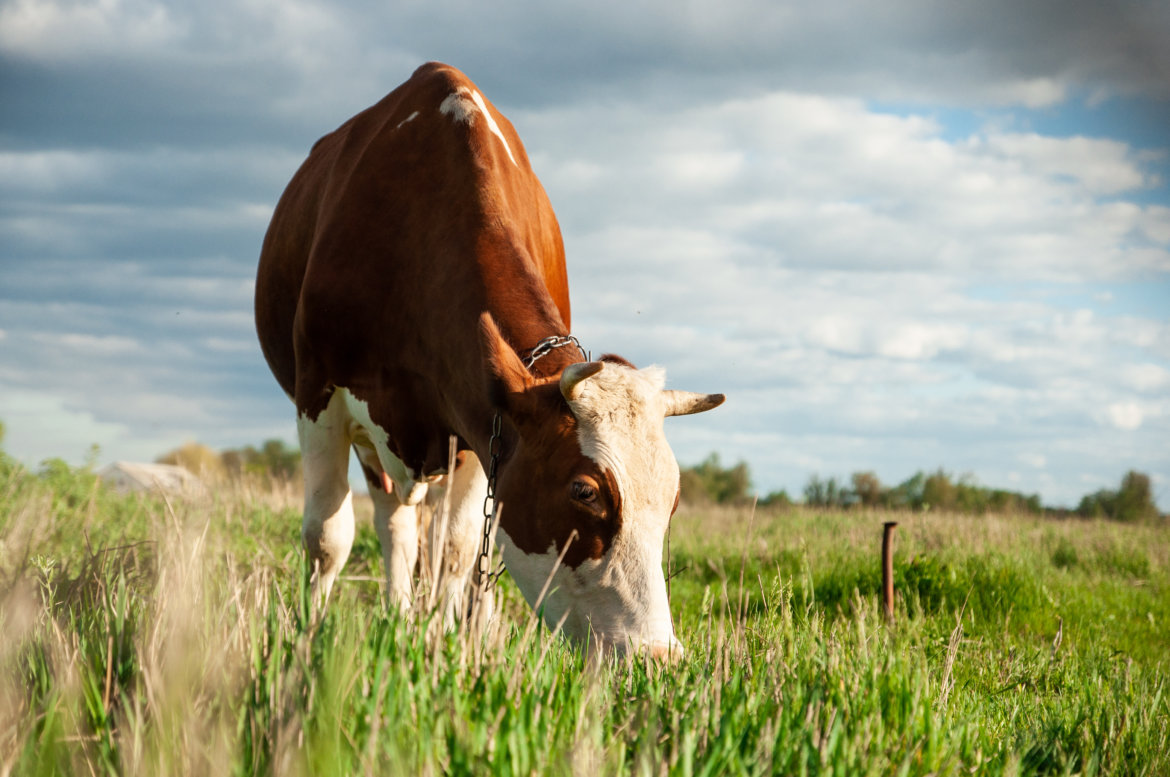 With monsoon rain bringing drought relief to New Mexico, cattle ranchers who had to sell off stock have found a glimmer of hope, according to Eric Scholljegerdes, a range animal nutritionist with New Mexico State University.

Scholljegerdes specializes in beef cow nutrition and he conducts research at the Corona Range and Livestock Research Center. He said droughts force ranchers to sell off herds and, as the drought impacts ranches statewide, that can lead to a large supply of calves and cows being sold, reducing the price that they go for.

The impacts of drought on cattle can be felt through every step of production.

Less water means less food on the range, which in turn means more hay has to be grown or livestock feed imported from other states. But, with less water available for irrigation, yields are smaller and the cost of feed increases.

Ranchers may choose to sell their cattle, which leads to more cows on the market and reduces prices. That also means the ranchers, should they choose to continue producing cows, may need to buy new stock when the drought conditions improve.

Jimbo Williams is a third generation rancher in Catron County, where his family started raising cattle in the 1930s. After selling off his cows due to drought, Williams is slowly rebuilding his herd thanks to this year’s monsoon moisture.

Williams cattle graze on grass that he grows on his ranch.

Without grass, Williams has to buy hay to feed the cattle, which can be expensive.

“It just increases the costs dramatically to do business and cuts into your profits,” Williams said.

As the drought makes it harder to grow grass, it also reduces the amount of hay available for ranchers, thus increasing the cost of hay.

Williams said the goal of ranching is to make some profit so that he can buy equipment and take care of things on the ranch.

“When it gets to a point where the profit is much less than the cost of operation, you just have to do some drastic measures and, because of the drought, we had to sell our cows,” he said.

Selling the cows helped Williams avoid going deeper into debt and take care of the land.

He gave the example of a lawn that can’t be watered and, if it was walked on each day, he said, “it would just turn into dirt and then nothing would grow.”

“Managing your property on a ranch is the same way,” Williams said. He said if there is no rain and a rancher keeps running cows on the ground, it can destroy the land.

Williams and other ranchers work to build good genetics in their herds. When he sold his cows, he lost a lot of those genetic lines. He said he kept a couple of bulls so that he wouldn’t lose all of the genetic lines.

And, because other ranchers were also selling off at least portions of their herds at the same time, the price that he could get for the cows decreased.

While he lost the genetics of his herd when he had to sell his cows, Williams has a positive attitude about the future.

“We can start over now with another herd and we have a good strong set of pastures that are producing a lot of forage for them to feed on,” he said.

Williams said if he had not sold off the cows and had attempted to maintain the genetic lines instead, the property would now be bare and nothing would have grown back when the rain did come.

“We could go out and buy enough cows to restock it at its full capacity, but if we end up with no moisture next year then we’re right back at the same problem of having no grass to feed the animals that we have,” he said. “We’re just going to kind of gradually inch back into it. We’re probably getting maybe 15 percent of the herd back this year. And if we get some moisture next year, then we’ll add some more.”

In addition to the hay prices increasing, the logistics of feeding hay to cattle that are grazing on large range parcels can be challenging because the hay has to be hauled for long distances.

Instead, people often opt for feeding a concentrated, nutrient-dense supplement, often referred to as a cake.

“Essentially, what that is, is they’re using grain products that are very high in protein and they basically condense that down into pellet,” he said.

These cakes are generally made from feed grown in the midwest, where the drought conditions have not been as extreme.

And it’s not just the pastures impacted by the drought. Rangeland has also seen a reduction in good forage.

Nathan Combs is the rangeland specialist for the Bureau of Land Management in New Mexico. He said drought tends to favor less palatable plants, meaning vegetation that the cattle are less likely to eat. For example, in the southern part of the state, creosote, which is one of the most drought-tolerant plants in the country, has an advantage over the grasses. Jackrabbits are the only mammal known to eat creosote, though they will only eat it when there is little else to consume.

Combs said the BLM tries to manage the land so that no more than 50 percent of the forage is eaten by both livestock and wildlife.

In most of New Mexico, grazing is done on allotments based on the rancher owning land with a water well abutting the allotment. These allotments are leased for no more than 10 years before they have to be renewed.

However, in Otero County, the McGregor Range is a different story. The units in the McGregor Range, which is a military training area, are leased through an auction process. This month, the BLM auctioned off eight grazing units.

While these auctions generally occur annually, Combs said the drought led to the cancellation of last year’s auction. That doesn’t mean grazing hasn’t been occurring. Leases can range from nine months to three years and people who had longer leases were allowed to continue running cattle there.

This year’s monsoon precipitation allowed the lease sales to resume.

This year, 13 registered bidders bid on eight units, netting a total of $565,203 for McGregor Range management and improvements.

While drought may become more common in the future, Scholljegerdes said he anticipates ranching will still continue in New Mexico.

“We have our setbacks, but these ranches have been around more drought than you and I probably have probably been exposed to in our short periods of time,” he said. “You’re talking ranches that have survived for multi-generations. Each time, just like any of us, we run into a trial, we learn from it. We adapt and we make changes in our management programs that make it more efficient and resilient to those challenges in the future. And we kind of learn from mistakes.”