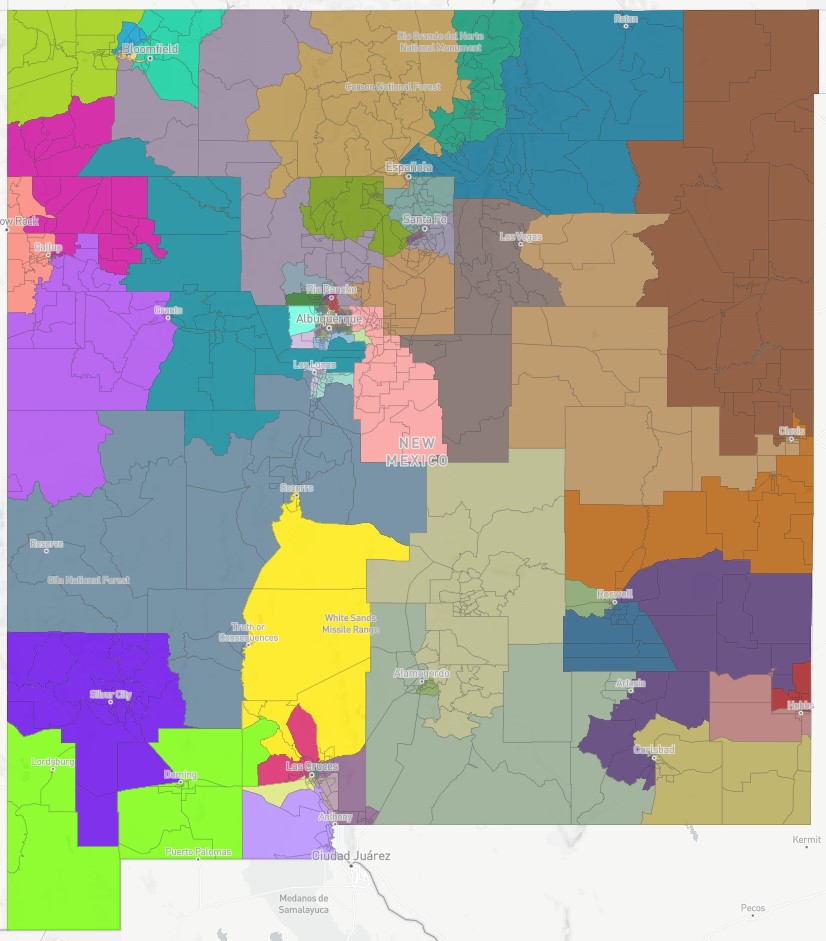 The first map the committee approved was a modified version of a map submitted by the advocacy group Center for Civic Policy. The intention of the map, according to commentary submitted by CCP, was to “help consolidate Hispanic neighborhoods” in a southern district and to “better allow majority-Hispanic voters to elect a candidate of their choice.”

Discussion of that map, which is referred to as Map Concept E, revealed likely partisan disputes when the proposal gets to the Legislature sometime later this year in a special session.

Committee member Lisa Curtis, who is an Albuquerque-based lawyer and a former legislator, said she moved the CCP map for consideration because maps that are generally regarded as “status-quo” tend to “perpetuate disenfranchisement for voters.”

“I’m proposing Concept E, to stop the disenfranchisement of the minority-majority of voters in this state,” Curtis said.

While the citizen committee did not take partisan data into consideration, one member said the districts in Concept E seemed to hint at gerrymandering in favor of Democrats.

Member Ryan Cangiolosi, who is the former chair of the Republican Party of New Mexico, said that while he had not looked into the political make-up of each proposed district in Concept E, many of the districts looked “snake-like” to him.

The committee also approved what is referred to as the Pueblo Consensus map or the modified version of Map Concept I. According to the redistricting committee’s website, the pueblo consensus map would create five “strong Native American districts” but is also “status-quo oriented.”

Sanchez’s voting record on the committee leans towards making changes to districts and shying away from status quo maps. But in this case he said he could not vote for the Pueblo Consensus map because of how his home district would be changed.

“It just doesn’t make sense that Valencia County is getting pushed around and really in a way that to me is just not acceptable,” Sanchez said.

The committee also advanced a map that is referred to as a modified version of Concept J, which, like the Pueblo Consensus map, would create five “strong Native American districts,” but with an “added goal of integrating the Navajo Nation’s proposed districts.”The three House maps as well as the other maps the committee previously approved will be considered by the Legislature when Gov. Michelle Lujan Grisham calls lawmakers for a special session. It’s not clear when Lujan Grisham will call a special session and legislators are not required to accept any of the proposals sent by the committee.