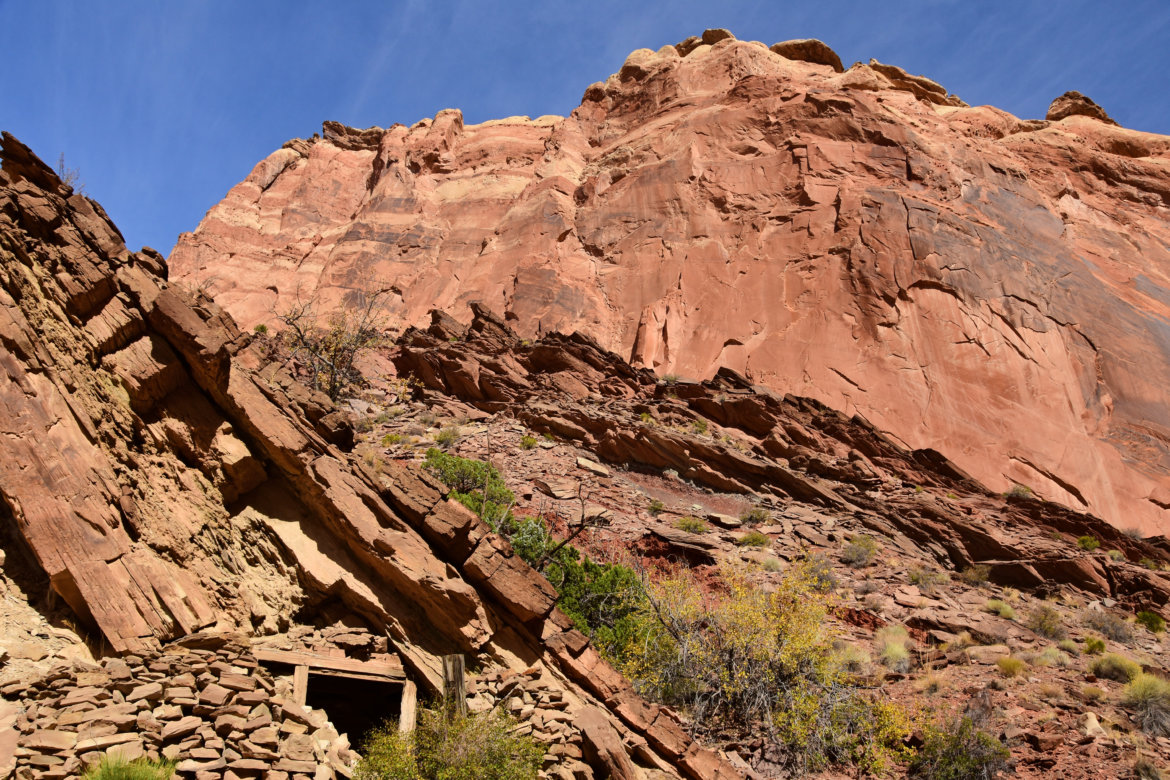 The Uneva Uranium Mine in Utah.

With historic uranium mine sites already polluting communities, members of the Navajo Nation have been fighting for 27 years to stop a new mining initiative from starting in the Crownpoint and Church Rock areas.

On Thursday, the Eastern Navajo Diné Against Uranium Mining took that fight to the Inter-American Commission on Human Rights, arguing that the United States and the Nuclear Regulatory Commission’s approval of Hydro Resources Inc. mines violated the human rights of Navajo Nation residents.

“For far too long, our Indigenous communities have borne the brunt of environmental racism and of environmental harms,” said Virginia Neochea, the executive director of New Mexico Environmental Law Center, which is representing ENDAUM. “For decades have Indigenous families and communities been targeted for the intentional siting of polluting industries. This intentional and inequitable siting has resulted in direct harm to the community as well as their health, their traditions, and it has violated their fundamental human rights to clean air, land and water, fundamental human rights that we’re all entitled to.”

ENDAUM petitioned the Inter-American Commission on Human Rights in March and the commission admitted the case, allowing ENDAUM to file additional observations on the merits of the case this week. ENDAUM is represented by the New Mexico Environmental Law Center and they celebrated what they dubbed as “Filing Day” with a press conference. This filing includes witness testimony and videos.

“We are going to keep fighting in this human rights forum until there is justice for the communities,” said attorney Eric Jantz, who has been working on the case for two decades.

The NRC approved HRI’s license to mine uranium in 1998, four years after ENDAUM began its fight to stop the mining operation from coming to the communities. In Thursday’s filing, ENDAUM alleges that this license approval came despite the fact that NRC knew the mining will contaminate water and that the communities already have increased risk of disease and death from historic uranium mining and milling promoted by the United States.

In addition, many of the residents of Crownpoint and Church Rock were exposed to uranium while working as miners. Larry King was one of those miners and he said he was not told of the dangers related to uranium exposure. King began working in an underground uranium mine in 1975 and continued working there through April of 1983.

“We weren’t ever told about the hazards that would affect our health, being exposed for a length of time to uranium,” he said during the press conference.

The filing further highlights how the uranium mining could impact cultural beliefs.

“Contamination or destruction of the land or any of the Four Sacred Elements such as water, diminishes the Diné culturally, both individually and collectively,” the filing states. “Moreover, the Diné have specific cultural beliefs about uranium and how it should not be disturbed.”

Christine Smith, a Crownpoint resident, can see the site from her house where the mining is proposed to occur. Looking out her window, Smith said she can see the fenceline where the mining property is located. She said she always knew that uranium was going to come back to the area and, after learning that HRI was wanting to start a process known as in-situ leach mining, Smith educated herself about that process. In-situ leaching doesn’t require removing large quantities of ore from the ground. Instead, a solution is used to dissolve the minerals. This allows them to then be pumped out of the ground using an extraction well. It is a common technique for uranium mining in the United States. Smith said the company claimed this mining technique was safe, but that has not reassured her.

She highlighted past incidents leading to environmental contamination.

“No company will ever convince me that the process is 100 percent safe,” she said.

“Water is life. Water is alive and water has rights,” said Rita Capitan, the cofounder of ENDAUM. “And we all as human beings have the right to have clean water.”

As the United States pushes for more clean energy in the fight against climate change, nuclear power has gained support and attention. But this requires materials like uranium.

The Navajo Nation is no stranger to uranium mining. According to the U.S. Environmental Protection Agency, nearly 30 million tons of uranium ore was extracted from Navajo Nation lands from 1944 until 1986. This has left hundreds of abandoned mine sites behind as well as superfund sites where mills used to be.

The legacy of uranium extraction has left its mark on the land. King spoke about scanning New Mexico Highway 566 and discovering that it was highly contaminated.

The community of Church Rock has experienced first-hand the devastation that uranium mining can cause when in 1979 a uranium mill broke and 93 million tons of radioactive liquids flowed into the Rio Puerco, killing livestock and destroying crops.

“Why allow another company to come in and operate uranium mining again when nothing’s been cleaned up?” Capitan asked.

The filing has received support of the Navajo Nation and several of the chapters near the proposed mine sites. Jantz said a ruling from the Inter-American Commission on Human Rights that the licensing had violated Navajo Nation residents’ rights could be used in future litigation or policy discussions.

Additionally, he said such a ruling could be beneficial to other tribes also fighting uranium mining, such as the Oglala Sioux. The Oglala Sioux are among the supporters of the filing and the tribe has been fighting a proposal for a uranium mine in the Black Hills in South Dakota.

“I think it’s important for them to be able to point to, in public forums, a document that says [in-situ leach] mining cannot be done safely, it’s a human rights violation to do it,” he said.