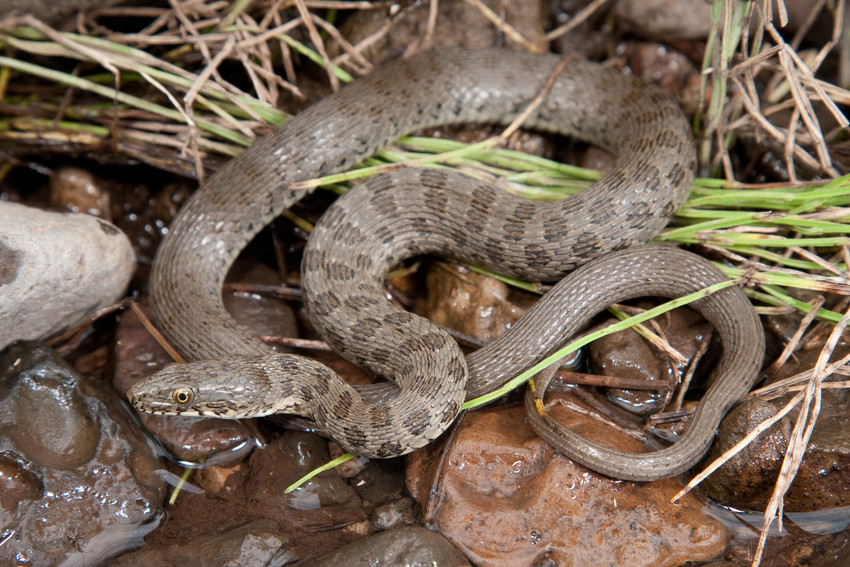 A small snake that eats fish has gained additional critical habitat designations in New Mexico and Arizona under the Endangered Species Act.

The U.S. Fish and Wildlife Service published a final rule in the Federal Register this week designating 23,785 acres of critical habitat for the narrow-headed garter snake in five Arizona counties and three New Mexico counties (Grant, Catron and Hidalgo counties). The majority of the land in the critical habitat is federal, however about a quarter of it is privately owned. The Glenwood State Fish Hatchery is also included in the critical habitat, although the snake has not been found on the property.

The notice states that the “narrow-headed garter snakes are primarily found in rocky stretches of canyon-bound headwater streams that have perennial flow or limited spatially intermittent flow that is primarily perennial.” It rarely ventures far from water.

The narrow-headed gartersnake has been listed as a threatened species since 2014, its population has significantly declined over the last half century.

This drop in population occurred as the fish species it preys upon decreased and non-native aquatic predators became more common.

The area in the critical habitat designation includes 447 stream miles, according to the notice. This critical habitat is within the Gila River, San Francisco River, Salt River, and Verde River watersheds, where the snake has been known to occur. Stream reaches with an abundance of non-native aquatic predators were not included.

“Protecting these rivers will make a real difference for the narrow-headed garter snake,” Brian Segee, the group’s endangered species legal director, said in a press release. “The only way to save these river-dwelling snakes is to shield the places they live.”

“Protection should have come sooner for the narrow-headed gartersnake,” he said. “Now we have to focus on safeguarding and restoring our rivers to keep this snake swimming forever.”