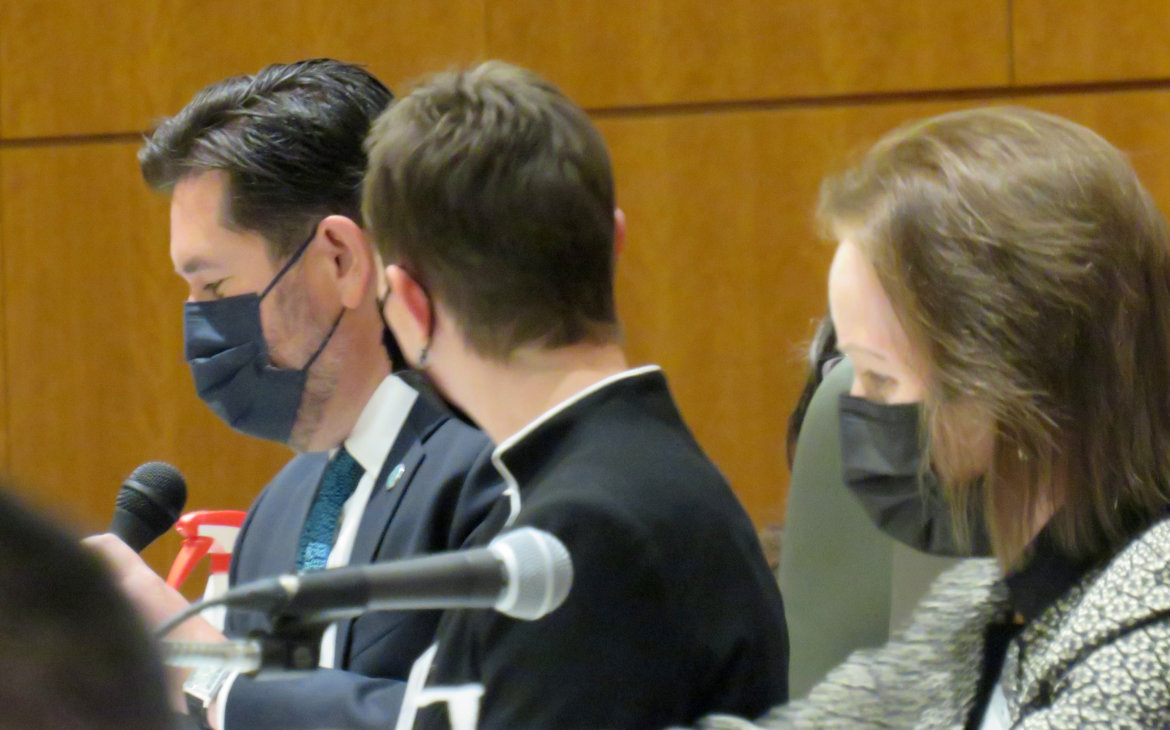 The impacts of climate change are disproportionately felt by low-income and minority communities—and those same people could be left behind as the state works to combat this crisis if equity is not placed at the center of conversations, according to panelists who spoke during the 2021 Climate Summit in Santa Fe this week.

Low-income and minority communities also form a large portion of the fossil fuel work force, where they face low wages, long working hours and dangerous conditions, as highlighted by members of the group Somos Un Pueblo Unido who have family members working in the oil fields near Hobbs. During a panel discussion on Tuesday, they described 15-hour work days, including during extreme heat, that leaves workers exhausted.

But, at the same time, the low-wages mean they are living from paycheck to paycheck.

Low-income households tend to face a greater energy burden, meaning more of their earnings go to paying utility bills than other households. This could become even worse if policies are enacted that leave these communities behind, according to Elena Krieger, the director of research for Physicians, Scientists and Engineers for Healthy Energy.

Krieger said there are ways to reduce energy burdens, such as energy efficiency upgrades. However, there are burdens in place with upfront costs. This can be seen with the deployment of rooftop solar as well.

As New Mexico transitions away from fossil fuels, houses will shift from using natural gas to using electricity. Krieger said that will leave a smaller number of people who may not be able to afford upgrades paying for the natural gas infrastructure, thus increasing the energy burden. She said this will likely occur in the 2030s.

She said upfront financing options are more helpful than tax credits for low-income people. Another way she said policies could help low-income families is by providing incentives for landlords to upgrade properties without increasing rent.

But that is not the only way that the transition could impact low-income and minority families.

Communities that rely on fossil fuel extraction will face economic blows. This was at the center of discussions in 2019 when the state Legislature passed the Energy Transition Act.

During the climate summit, this law was mentioned so many times that House Speaker Brian Egolf, D-Santa Fe, joked that if someone was participating in a drinking game they would be in trouble.

The Energy Transition Act set electric utilities regulated by the New Mexico Public Regulation Commission on a path toward 100 percent clean energy by 2045. It also created a framework for helping communities and workers impacted by the closure of large, coal-fired power plants in northwest New Mexico.

However, this law has faced near constant litigation since the governor signed it. This litigation has delayed the funding from reaching impacted workers and communities. Miners at San Juan Mine, many of whom are Navajo, have been laid off without any of the additional benefits that were outlined in the law.

Additionally, the energy transition funds may go to projects that rely on fossil fuels like natural gas.

While the bill’s sponsors struggled to get the Energy Transition Act passed, Egolf said codifying the goal of net zero emissions by 2050 will be the most controversial measure the Legislature has ever taken on and will likely face opposition from both Democrats and Republicans. Egolf made the comment during a breakout discussion on Monday after Gov. Michelle Lujan Grisham announced that she will try to get her climate goals, including the net zero emissions by 2050, codified during the next legislative session. A summit participant expressed concerns that net zero would not be enough.

Climate change impacts are already noticeable in New Mexico. On the second day of the climate summit, Indigenous leaders spoke about how climate change has been impacting their people.

He said lakes are drying up and fires are becoming more common. The tourist economy has declined due to low water levels, ranchers are struggling to provide for their animals and it has become harder to find medicinal plants and herbs used in traditional ceremonies, he said.

During a Monday breakout session about future legislation, Maria Romano, a Hobbs resident and community organizer for Somos Un Pueblo Unido, spoke through a translator about the concerns she has about the impacts of oil and gas. She said community members have to use special water filters on their taps, but some people are afraid that the economy will die if the oil and gas industry goes away. She said they are trying to educate the people about the need to transition little by little because they know that one day the oil and gas economy will end. At the end, she asked “who is going to help us?”

“We are here in the fight with you,” said Camilla Feibelman, director of the Rio Grande Chapter of the Sierra Club, in response to Romano’s question.

She further spoke about working together to find a solution.

“If we don’t do this together, we’re not going to accomplish anything,” she said in Spanish.