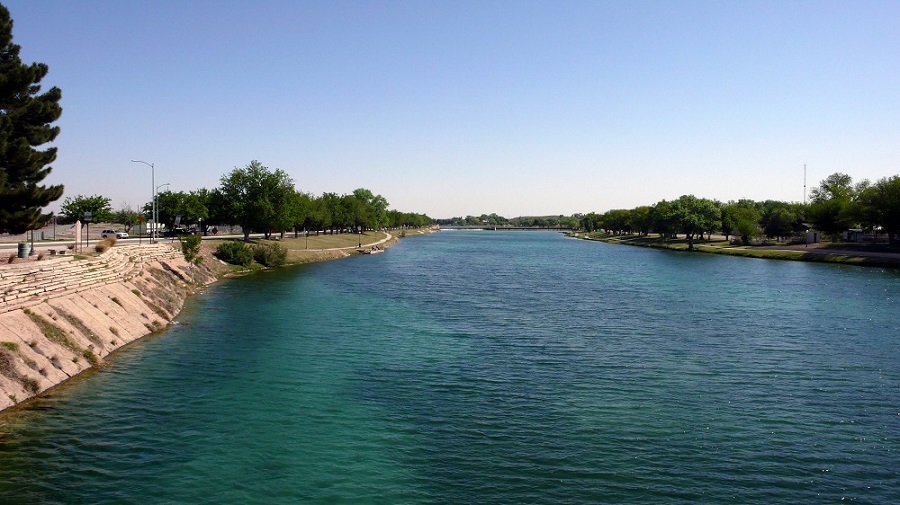 As climate change impacts water supplies across the southwest, farmers in the Pecos River Basin could face challenges.

The U.S. Bureau of Reclamation released a study on Oct. 12 looking at how climate change and agriculture will impact the Pecos River Basin under five different storylines.

Reclamation’s study manager Dagmar Llewellyn said the challenges are significant as the basin is arid with a limited and highly-variable water supply. During a webinar on Wednesday, she said the Pecos River Basin is already seeing less snowfall in its headwaters. These headwaters are located in the Sangre de Cristo mountain range to the northeast of Santa Fe. She said the winter precipitation is increasingly coming as rain rather than snow. That is important because snowpack feeds the spring runoff. At the same time, demand for water for irrigation is increasing.

The study sought to answer four questions: what the current and projected hydrological and meteorological trends are in the basin, how those trends affect irrigation water supplies and demands, what infrastructural or operational changes could be made and how modeled water management strategies could mitigate the projected changes in water supplies.

Because the future impacts of climate change remain unknown, the authors developed various scenarios to analyze potential water supplies and demand under low-emission and high-emission scenarios.

The USBR teamed up in the water smart study with non-federal agencies to evaluate the future of water in the basin, including projects for supply and demand. The non-federal agencies include the New Mexico Interstate Stream Commission and the three irrigation districts.

The study primarily looked at agriculture and not at municipal or industrial uses such as oil and gas extraction. The main use of water in the Pecos River Basin is agricultural and more than 80 percent of the water goes to irrigation and agricultural needs, according to Llewellyn.

The researchers developed storylines based on how much anthropogenic emissions occur in the future. The amount of emissions from human activity will determine how much global warming the planet experiences.

Under a high emissions scenario, they further three different possibilities. The first possibility was moderate impacts, which would lead to mild drying of the Pecos River Basin. Under this storyline, the temperature would increase by nearly nine degrees Fahrenheit and precipitation would decrease by 3.6 inches. The model also shows a decrease in runoff of more than 60,000 acre-feet.

Meanwhile, under the low emissions scenario, the researchers evaluated two storylines. The first storyline looked at what would happen if there were increased monsoons and modest decreases in snowpack during the winter. Under this storyline, temperatures would increase by more than four degrees Fahrenheit. Precipitation would increase by 3.15 inches and there would be more than 36,000 acre feet of increased runoff.

The second looked at a slight increase in winter precipitation and a decrease in precipitation during other seasons. This storyline saw an increased temperature of about two and a half degrees Fahrenheit. Precipitation would decrease by less than an inch and there would be a decrease of about 26,000 acre-feet of runoff.

If high emissions do occur, these management strategies could do little to address the water shortages that would be seen.

However, the study found that some steps can still be taken. This includes improving the conveyance efficiency. That would require rehabilitating or replacing canals and checking structures and diversion structures. This would lead to reduced water loss during the transportation of water. By reducing the amount of water lost, more water will be available for irrigation. Water loss can also be reduced by controlling invasive species like tamarisk and Russian olive.

Another step that can be taken involves changing the operations of the reservoirs to more efficiently capture water from monsoon storms.

One of the other steps identified in the study is channel maintenance on both the main stem of the Pecos River and in the drainages.

And irrigation districts are already taking steps to address some of the challenges, such as implementing devices to measure real-time flow and automatic headgates in the Fort Sumner Irrigation District.