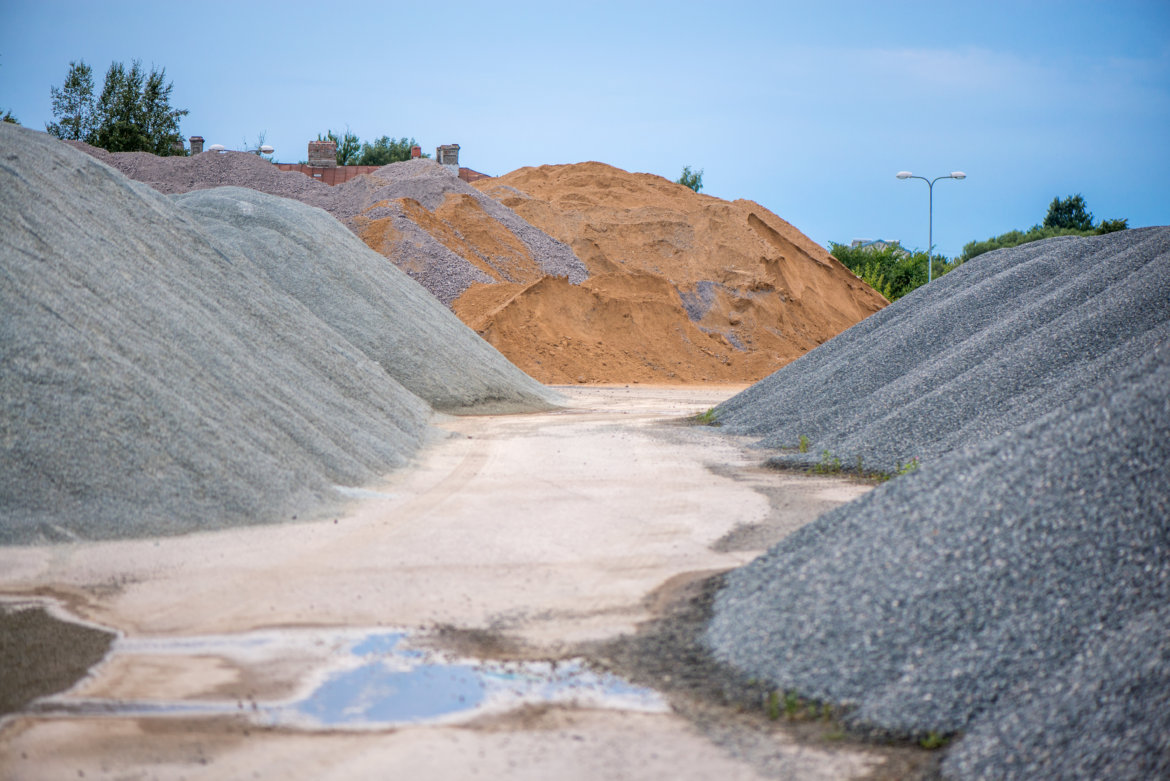 The four Democrats in New Mexico’s congressional delegation are pushing to have 4,200 acres of Bureau of Land Management land removed from mineral development, in particular gravel mining, in Sandoval County near Placitas.

U.S. Rep. Melanie Stansbury introduced the Buffalo Tract Protection Act in the U.S. House of Representatives on Monday. The bill is co-sponsored by U.S. Rep. Teresa Leger Fernández and is also supported by two congressmen from California. On the Senate side, New Mexico’s senators, Martin Heinrich and Ben Ray Luján, have co-sponsored the bill.

The Buffalo Tract and the Crest of Montezuma, which are included in the bill, are popular recreation areas and ancestral lands of the Pueblo of Santa Ana and the Pueblo of San Felipe. They also are close to residential areas and are important wildlife migration corridors. Recreational activities include hiking, off-highway vehicle use and recreational shooting.

Sandoval County is already home to six gravel mines and future mining activities have some residents and Indigenous communities concerned. The area in question is within the BLM’s Rio Puerco Field Office, which released a draft resource management plan in 2012 that would allow for additional gravel mining. The Rio Puerco RMP has not yet been finalized.

After taking office in June, Stansbury had a listening tour in which she visited communities within her district. She said many people, including the Pueblos, expressed concerns about gravel mining in the Buffalo Tract area.

“I was asked by many people if I would sponsor the bill in the House that had already been introduced in the Senate,” she said in an interview with NM Political Report.

This is not the first time members of New Mexico’s congressional delegation have pursued removing the Buffalo Tract from gravel mining. Stansbury’s predecessor, now Department of the Interior Secretary Deb Haaland, sponsored the bill in 2019. That same year, New Mexico’s senators, Heinrich and then U.S. Sen. Tom Udall, also sponsored the bill.

In 2019, the National Stone, Sand and Gravel Association opposed the measure and, in a letter to the House Subcommittee on Energy and Mineral Resources, the organization stated the ban on gravel mining on the BLM land near Placitas would “severely diminish the ability for communities to access key resources that are necessary for building roads, bridges, schools, hospitals, homes and businesses.”

This, NSSGA stated in its letter, would lead to increased costs of material for public works projects such as roads and water projects.

According to the draft RMP from 2012, the sand and gravel resources in the Albuquerque area are mostly depleted, which means gravel must be brought in from other areas.

NSSGA stated in its letter that withdrawing the 4,200 acres from gravel mining could lead to a 30 to 40 percent increase in costs for public works projects in the Albuquerque Metro area, based on conservative estimates. The organization wrote that increased costs could be as high as 90 percent.

“Obviously, with the increased cost to supply aggregates, budgets of local communities and federal entities that are seeking to make infrastructure investments in central New Mexico would be severely diminished – slowing project delivery and harming the economy,” the letter states.

Stansbury acknowledged the concerns about increased costs for public works projects, but she said the lands that the bill sets aside are sacred lands.

“How can you weigh the bottom line of profits for businesses and building materials against the cultural patrimony of communities and especially our Tribes and Pueblos?” she said.

Stansbury said at the end of the day gravel can be sourced from other places that are not culturally and environmentally sensitive.

At the same time, residents in the Placitas area are concerned about how this increased mining would impact the ecosystem, public lands and wildlife.

A proposed gravel mine in the area is near residential communities and gravel mining has the potential to increase respiratory inflammation, according to a press release from Stansbury’s office. Stansbury said this is because heavy industry like gravel mining leads to increased particulate matter in the air.

Pueblo leadership in the Pueblos of Santa Ana and San Felipe have expressed concerns about this development.

Pueblo of San Felipe Governor Anthony Ortiz said in a statement that the area is an important part of his people’s ancestral lands and includes sites protected under the Native American Graves Protection and Repatriation Act. He said it also is an important wildlife corridor linking the Sandia and Jemez mountains.

“Protection of the Buffalo Tract will allow our youth and future generations to know our ancestral lands as we have and will ensure wildlife will remain undisturbed,” Ortiz said.

Pueblo of Santa Ana Governor Ulysses G. Leon said in a statement that the Buffalo Tract lands form a link between his Pueblo’s modern villages along the Rio Grande and the historic village of Paak’u.

“Currently, several mines are operating in this area and any new mining would only exacerbate the negative impacts that mining has on this area as well as further limit the movement of wildlife along this important corridor,” Leon said. “Because of these impacts on our environment and wildlife corridors, Santa Ana has ceased mining activities on its lands and we support the effort to protect the Buffalo Tract from any new mining.”