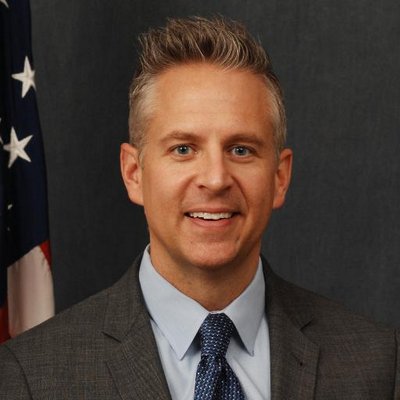 After just several months serving as second in command of the New Mexico Regulation and Licensing Department, John Blair announced on Tuesday that he is leaving his position as the deputy superintendent of the department.

In addition to regulating many industries in the state, RLD most recently took on regulation of cannabis after the Cannabis Regulation Act went into effect in June.

In an email announcement, Blair praised Gov. Michelle Lujan Grisham for the opportunity to help set up the Cannabis Control Division and his former colleagues for the work they have done.

“I’m grateful to Governor Lujan Grisham for allowing me to serve in her administration and to help her both legalize adult-use cannabis and stand up the regulatory and licensing framework for this emerging industry,” Blair wrote. “It’s been my great honor to be a part of Team RLD and to work with the dedicated public servants I’ve been lucky enough to call colleagues and friends.”

Blair didn’t specify why he was leaving but said he would announce what’s next for him in the coming weeks.

NM Political Report received numerous tips since last week that Blair was preparing to leave his position and that former Lujan Grisham staffer Victor Reyes will take Blair’s spot. An RLD spokesperson confirmed that Reyes will take over as deputy superintendent of RLD.

“The entire team at the Cannabis Control Division is sad to be saying goodbye to Deputy Superintendent John Blair, but we wish him all the best in his next adventure,” RLD spokesperson Heather Brewer told NM Political Report. “Everyone is looking forward to working with newly appointed Deputy Superintendent Victor Reyes to continue CCD’s work to stand up a thriving adult-use cannabis industry in New Mexico.”

Reyes left his position as Lujan Grisham’s legislative director to run for office. After U.S. Secretary of Interior Deb Haaland left her U.S. House seat to take the cabinet position under President Joe Biden, Reyes was one of eight Democrats who sought the party’s nomination to replace Halaand. U.S. Rep. Melanie Stansbury ultimately won the party’s nomination and later the general election.

UPDATE: A statement from RLD has been added to this story