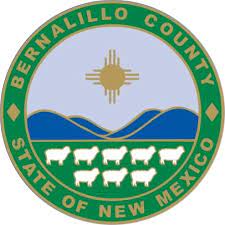 As soon as next month, the Bernalillo County Board of Commissioners will vote on a zoning ordinance change that specifically addresses cannabis establishments in the county. Since New Mexico’s Cannabis Regulation Act went into effect in June, municipalities and counties across the state have been crafting their own ordinances to regulate where, and in some cases when, cannabis establishments can operate.

During a commission meeting on Tuesday, Bernalillo County Zoning Administrator Nicholas Hamm presented the proposal that already received unanimous support from the county zoning commission. Besides requiring a level of odor mitigation, the proposal would also prevent cannabis consumption areas from being outside. Hamm told commissioners that the idea behind prohibiting outdoor consumption, even at a licensed facility, is to keep cannabis smoke away from the general public.

“What we don’t want to say is that adults can’t consume as part of a business, but we also don’t want to place an undue burden on the public as they navigate through public spaces,” Hamm said.

Commissioner Walt Benson said he is concerned that without proper regulations and restrictions, cannabis establishments licensed for on-premise smoking will create a nuisance for those who don’t want to inhale cannabis smoke. He said on a recent family trip to Oregon, where recreational-use cannabis is legal, he told his kids to hold their breath because of excessive cannabis smoke.

“I don’t want to smell cigarette smoke when I’m walking down the street or have a big cloud of it blowing in my face,” Benson said. “And same with marijuana smoke, especially for my kids and people who don’t want to do it.”

Hamm said the proposal to ban outdoor cannabis smoking in Bernalillo county is aimed to address the issue of families being subjected to smoke.

“My take is that if we do it in this way, it doesn’t add to the stigma of the consumption, and it creates safe spaces for people to go and enjoy themselves, while also doing it in a discreet way that won’t have impacts on public health or welfare,” Hamm said

Commissioner Steven Michael Quezada didn’t raise concerns about smoking cannabis outdoors, but did say he hoped cannabis producers and manufacturers could find a way to adequately mitigate the odor that comes with both processes.

“The plain fact of this industry is that it has an odor and we’re going to have to really look at what we bring forward when we’re looking at manufacturing, processing and growing,” Quezada said. “Some of my heartburn is not what we’re doing, but what the state has allowed. I mean, to let an individual grow 12 plants of marijuana legally. I mean, 12 plants is a lot for a single use, or even a single family. I think it’s a bit overkill.”

The state’s Cannabis Control Act allows for some local control over things like hours and certain zoning issues. But other areas of the law specifically prohibit local governments from overstepping the state law with issues like allowed distances between cannabis establishments and schools. The Cannabis Control Act doesn’t specifically bar local governments from only allowing indoor cannabis consumption areas, but it does specifically allow outdoor cannabis smoking areas.

Commissioner Adriann Barboa, a self-proclaimed “life-long advocate and believer” in the medical benefits of cannabis, said her main concern about local cannabis ordinances is that they don’t create an undue burden on those who rely on it.

“My biggest hope in all this is that it is destigmatized as a medicine,” Barboa said.

The board of commissioners unanimously approved the proposal for publication, giving the public 30 days to submit comments. The proposal is expected to be voted on by the commission next month.

Bernalillo County Board of Commissioners
AndyLyman