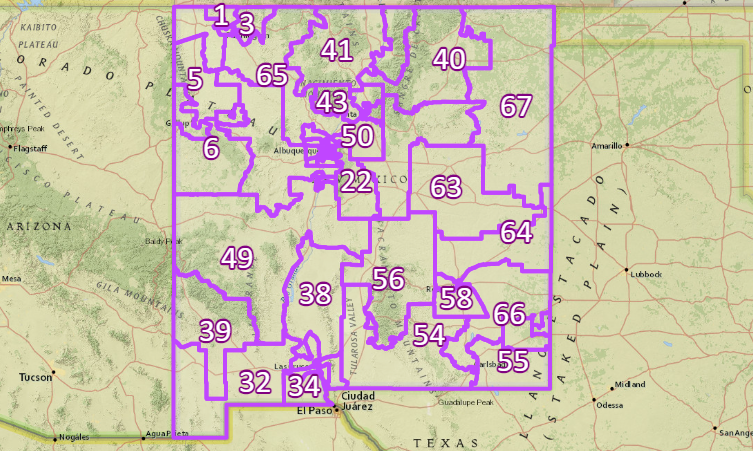 The New Mexico state Senate approved a bill that would redraw state House maps on a 24-13 vote. HB 8 is one of four proposals that would draw state political districts in the current special legislative session.

The Senate floor debate for HB 8 came just after the Senate spent hours debating its own political boundaries and was much shorter than that of the Senate map proposal.

While there is somewhat of an unspoken rule that the Senate and House do not make significant changes to each other’s maps, Republicans offered one amendment, presumably to make a point and discussed amendments they said they would like to make, but didn’t.

Sen. Cliff Pirtle, R-Roswell, offered up an amendment to pair Speaker of the House Brian Egolf, D-Santa Fe in the same district as Rep. Andrea Romero, D-Santa Fe, but he ultimately withdrew the amendment.

“We just passed a set of Senate maps that left a couple members paired, and this would pair a couple members in the House,” Pirtle said before withdrawing his amendment. “So that way, we have some continuity between the bodies.”

HB 8 already pairs a number of incumbents together.

Sen. Craig Brandt, R-Rio Rancho, said he took issue with how the House redrew the boundaries for districts currently represented by Rep. Jane Powdrell Culbert, R-Rio Rancho. HB 8 proposes to shift much of that district into Corrales. Brandt said he took issue with House Democrats approving a map that significantly changes a district represented by an African American woman.

“The people in her district respect her and she has served this state in a bipartisan way and has been a strong voice for minority communities in the state,” Brandt said.

Brandt added that he had a floor amendment ready to go, but opted not to push it unless he saw there was widespread support for it.

Ivey-Soto introduced a floor amendment that would reverse a previous amendment made during a previous committee hearing. The committee amendment cleaned up language in the bill and clarified the process for when precincts are split between House districts. Ivey-Soto said he decided to reverse the amendment on the floor because it was not consistent with any of the other maps that have advanced, but that he would like to address it in the 30-day session.

Since any changes from the Senate were negated, the bill now heads to the governor’s desk.