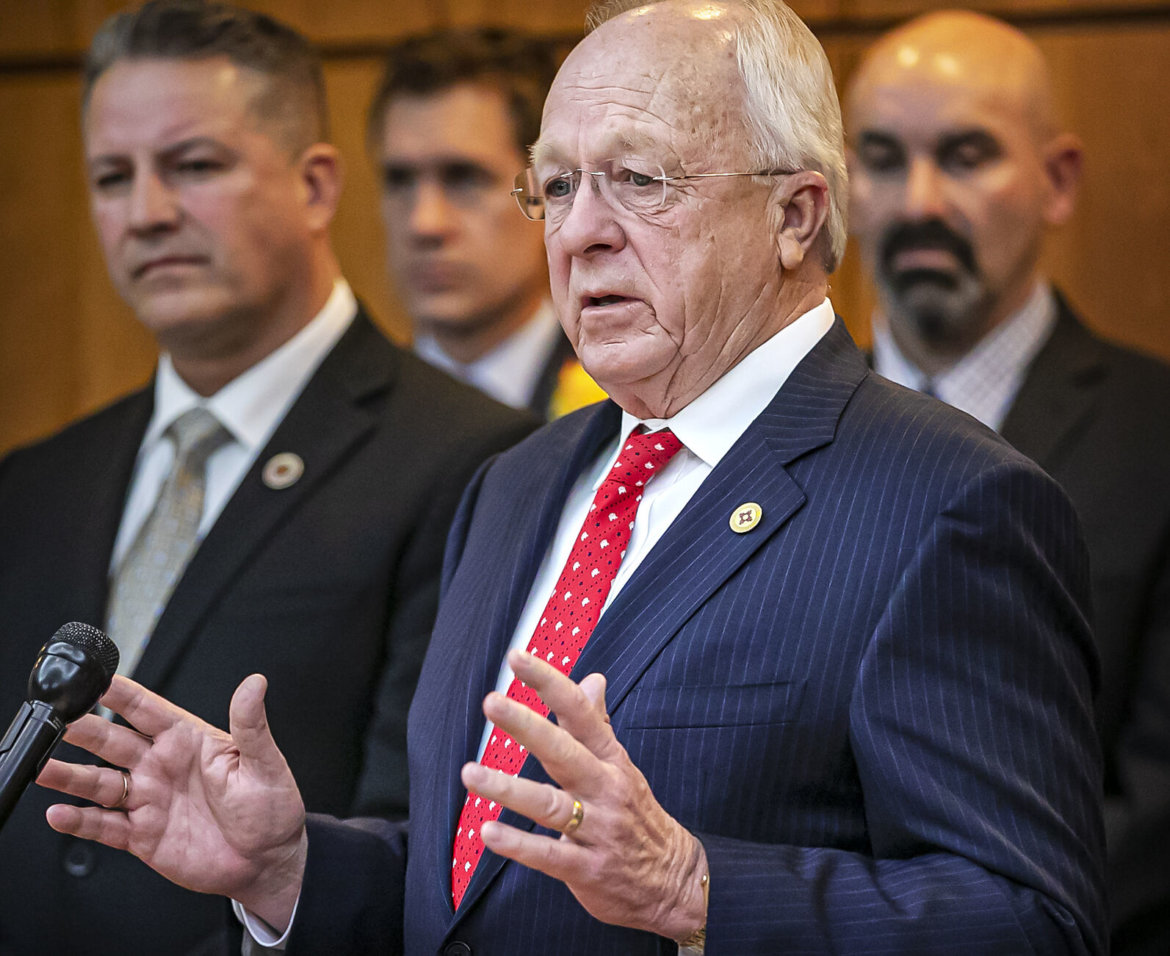 State Rep. Jim Townsend, the House minority leader, said for a second he thought the governor “almost became a Republican.”

In a news conference Tuesday at the Roundhouse after Gov. Michelle Lujan Grisham’s State of the State address, the Artesia Republican said the most “heartening” part of her 25-minute speech was the talk on fighting crime. The governor reiterated her plan to push for a package of measures to toughen penalties for certain violent crimes and make it more difficult for defendants in violent crime cases to be released from jail before their trial.

“Only now that [crime] is a crisis are we going to do something,” he said at the news conference.

He is pleased to see the governor wants to tackle the crime problem in the state, Baca added, “but I am disheartened at the same time that it has taken so long. We’ve been accused of ‘all crime all the time’ as Republicans, but now it’s come to a head and we’re forced to address it.”

The GOP lawmakers expressed disappointment in most other matters Lujan Grisham addressed in her speech.

Noting the governor said she wants to cut the state’s gross receipts tax by 0.025 percent, Baca said that amounts to only “25 cents on a hundred dollars. That is not real tax relief.”

But when it comes to offering free college tuition to all New Mexico students at state schools — as Lujan Grisham also proposes — Baca said he draws the line.

Asking students to pay at last partial tuition adds to the value of their college degrees, he said. “Something earned is something appreciated.”

Rep. Rebecca Dow, R-Truth or Consequences, who is running for the GOP nomination for governor, said Lujan Grisham missed an opportunity in her speech: addressing the need for more stringent oversight of the New Mexico Children, Youth and Families Department.

“What made my heart heavy was a lack of talk of much-needed reform to CYFD,” Dow said, adding that failure to improve the child welfare agency is causing “permanent harm” to the state’s children.

The governor gave the address virtually from her office at the Capitol, with large video screens in the House and Senate chambers showcasing the speech.

Townsend said he would have preferred if she had given it live, in the House chambers, as governors have done for years before the COVID-19 pandemic hit New Mexico.