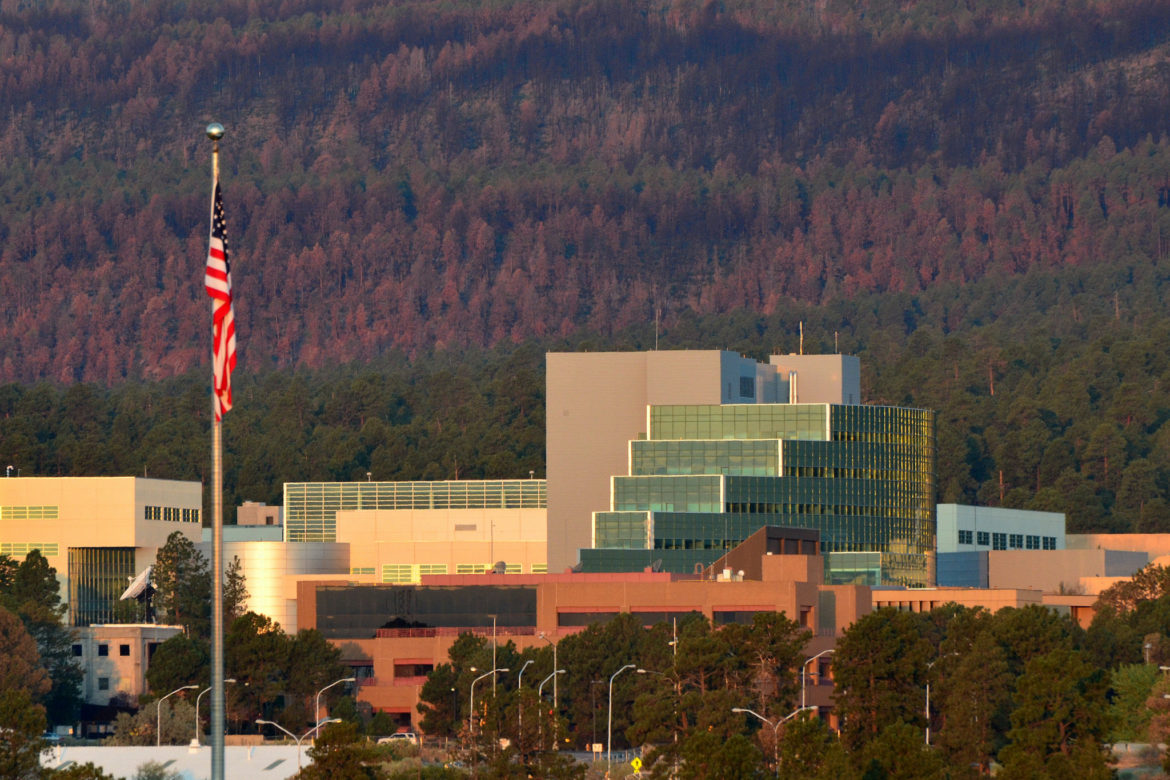 Hydrogen will be a key energy source in meeting the state’s goals of net zero by 2050 and at least 45 percent reduction from 2005 levels by 2030, according to New Mexico Environment Department Secretary James Kenney.

Kenney spoke to NM Political Report after his agency, as well as the Energy Minerals and Natural Resources Department and the Economic Development Department, signed a memorandum of understanding with Los Alamos National Laboratory and Sandia National Laboratories with the stated purpose to “facilitate the development of sound science, advance technologies and inform national/state policies that could enable a path to zero carbon hydrogen.”

The national labs are no strangers to hydrogen. John Sarrao, deputy director for science, technology, and engineering at Los Alamos, said the lab has been working on hydrogen for about 40 years and has developed technology that is currently being deployed in pilot projects. Chris LaFleur, an engineer at Sandia, said the lab’s work looking at hydrogen as a clean energy alternative dates back more than 15 years and one of the areas that the lab has been focusing on is storage materials. She said the lab’s hydrogen expertise is part of its core mission.

LaFleur said, in terms of research into storage, Sandia has been looking at storing hydrogen molecules “within the latticework of other materials.” She called this solid storage, as compared to what is currently more common—storing pressurized hydrogen in a tank. While the MOU addresses storage, LaFleur said the MOU’s focus is primarily on large-scale storage. LaFleur said large scale storage, which could be needed for power plants or fueling trains and planes, could require finding safe ways to store it underground.

Both labs have seen recent technologies they’ve worked on deployed on pilot projects in the last few years. Last year, Los Alamos announced fuel cell technology for the commercial trucking industry. Sandia has developed technology that the Albuquerque-based company BayoTech built off of to develop hydrogen generators, which are manufactured at PESCO, Inc. in Farmington. In August, U.S. Senator Martin Heinrich, a New Mexico Democrat, took U.S. Department of Energy Secretary Jennifer Granholm on a tour of PESCO to show her the hydrogen generators.

While hydrogen is not a new idea, it has seen an uptick in interest in the last couple of years. The last time hydrogen saw a similar renaissance was in the 1970s when concerns about gasoline shortages had people interested in fuel cells as an alternative to power cars, Sarrao said.  Now the interest in hydrogen has a different purpose and is driven by concerns about the climate crisis.

Sarrao acknowledged that some New Mexicans, including environmental advocacy groups, have concerns about hydrogen and don’t feel like the state is a good fit for hydrogen production. The majority of those concerns are around hydrogen produced from natural gas, however groups do have concerns about zero-carbon hydrogen as well. Sarrao said Los Alamos is not interested in getting into debate with those individuals. Instead, he said that Los Alamos’ role is to “provide the best scientific and technical data to inform those discussions.” He said while developing the infrastructure around hydrogen, people need to be cognizant of the cost and also the potential environmental impacts.

Sarrao said the research that will be done as part of the MOU will answer some of the questions and address concerns that community members might have about hydrogen.

Zero-carbon hydrogen has received less attention than its counterpart, blue hydrogen, which is made by separating the hydrogen from the methane molecules found in natural gas and capturing the remaining carbon for sequestration in underground reservoirs. With the state’s legacy of emissions from natural gas production, that concept has faced criticism from environmental advocacy groups. In contrast, zero-carbon hydrogen can be made from water using electrolysis or from other sources like biomass, manure, landfills, wastewater treatment plants or nuclear.

Hydrogen from water, other sources

LaFleur said that availability of water could make it harder to produce hydrogen using electrolysis in New Mexico.

The MOU recognizes that limitation and one of the questions it puts forward for research is the use of brackish water, which is more readily available in the state and is not generally used for drinking water.

Kenney acknowledged that using brackish water to produce hydrogen will lead to production of salts, however, when asked about the associated byproducts, Kenney said there could be uses for those salts. He gave an example of using radioactive isotopes of salt for some medical procedures.

In terms of other possible sources of hydrogen, Kenney said the hydrogen industry could reduce waste at landfills. Currently, he said landfills must have air permits because of the methane that is produced as the trash decays.

“There’s actually air pollution requirements on these landfills to burn it off rather than just emit it. That’s such a waste,” he said.

In those ways, developing hydrogen technology could not only bolster the economy by providing for production of a new energy source, but it could also help develop other sectors that could benefit from associated byproducts.

“This MOU is kind of that gateway into the questions about exploring scientifically how do we create that circular economy hydrogen gives us that lens to do it. It gives us a really good microcosm to focus on that,” Kenney said.

While the Energy Transition Act of 2019 put the state’s electric utility sector on a trajectory to phase out fossil fuels, it did not include other sectors that also contribute to emissions in New Mexico. This legislative session, state lawmakers are considering a bill backed by Gov. Michelle Lujan Grisham to decarbonize the economy by 2050. Legislators will also be asked to consider tax incentives to encourage development of zero-carbon hydrogen and low-carbon hydrogen.

Kenney said some sectors, such as manufacturing and heavy transportation, are harder to decarbonize and hydrogen will help meet emissions goals in those areas. In the agriculture area, he gave examples of packaging food products like New Mexico chile and processing cheese. Kenney said some of the new small package boilers being produced for the food industry are hydrogen based rather than diesel or natural gas.

“So we can not only be the best chile growers in the country, in the world, but we can also package those chiles for shipment outside of New Mexico in a carbon neutral way,” he said.

Another example he gave for a way that hydrogen could help New Mexico reach its decarbonization goals was extractive industries, which he said have been the “bread and butter” for the state.

“Whether that’s mining or oil and gas, those industries can decarbonize with hydrogen in ways that they wouldn’t be able to do sooner,” he said.

Kenney said the questions that the MOU puts forward to be answered are not necessarily specific to New Mexico.

“There are questions that if we explore these areas, will benefit Colorado, who is also working in hydrogen, will benefit Arizona, Utah. So it really does help not only New Mexico but with other states,” he said, adding that those states will also benefit from decarbonization.

While the national laboratories can provide the scientific expertise and research, that on its own is not enough to build the hydrogen economy.

He said some of the questions surrounding the economics and infrastructure go beyond the expertise of the national labs.