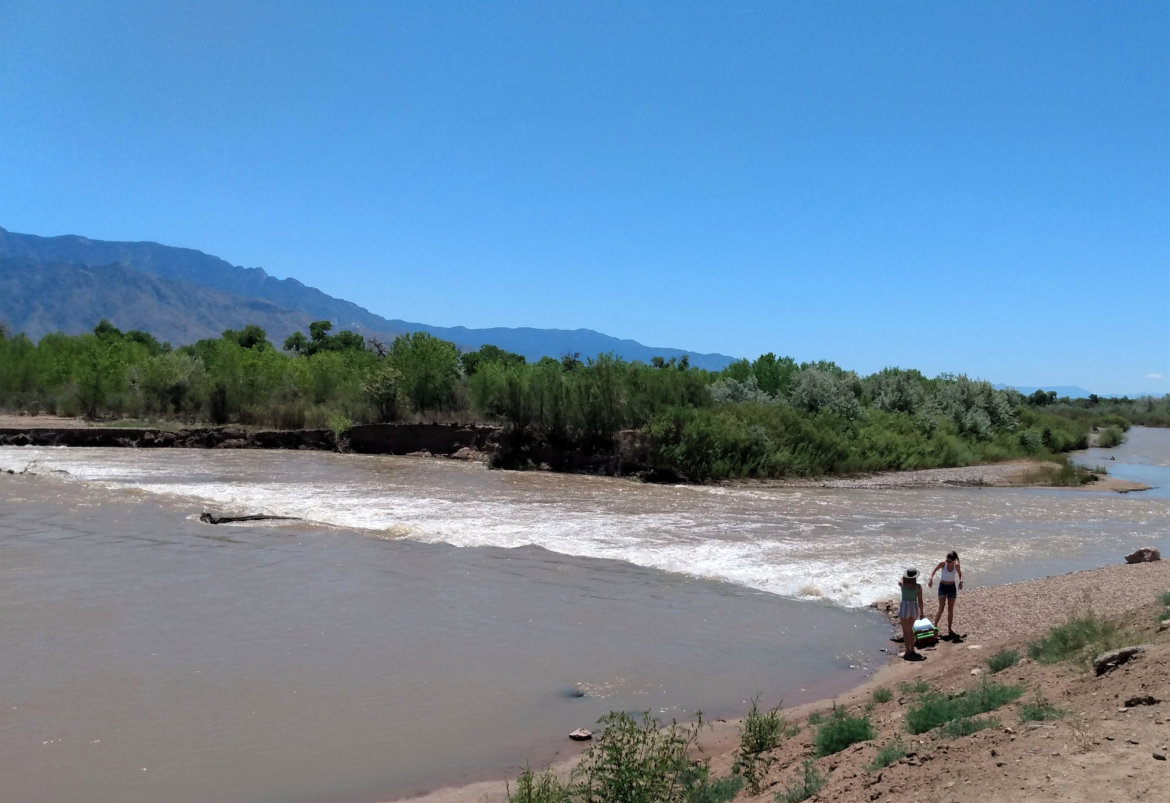 The Rio Grande is pictured in May.

Despite the efforts to increase water deliveries to Elephant Butte Reservoir in 2021, the state still fell short by 31,000 acre-feet, he said on Wednesday, during an Interstate Stream Commission meeting about this water debt.  Rolf Schmidt-Peterson’s report comes after farmers in the middle valley were paid to let their acreage go fallow and the irrigation season was shortened in 2020 and 2021. The Middle Rio Grande Conservancy District also reduced its river diversions in 2021. But, even with those efforts, not enough water was delivered downstream as required by Article Four of the Rio Grande Compact.

Schmidt-Peterson said the amount of increased debt was surprising given the “very significant efforts that were done on the river this year to keep water flowing downstream.”

While the state owes water to Texas, it remains in compliance with the Rio Grande Compact which caps the amount of accrued debt that the state can incur at 200,000 acre-feet.

Earlier this month, the Middle Rio Grande Conservancy District Board of Directors approved a plan that would limit how much of the Rio Grande’s native water is diverted. The operational plan states no more than half of the native water in the Rio Grande will be diverted as long as the river flowing through the middle valley remains connected and Compact deliveries continue to be made. When the river channel appears to be drying, the conservancy district plans on working with water management agencies to manage it in a controlled fashion that allows for the rescue of fish that could otherwise be stranded in dwindling pools and end up dying.