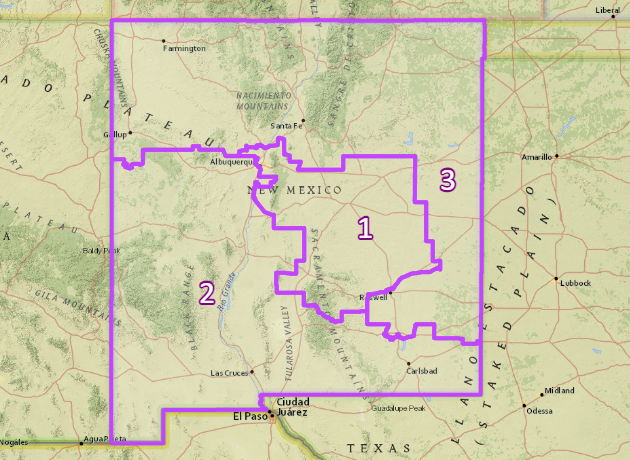 A proposed constitutional amendment that would remove the New Mexico Legislature from the controversial process of drawing new election districts for legislative and congressional seats wasn’t quite ready for its first vote, lawmakers decided Wednesday.

Some members of the House Government, Elections and Indian Affairs Committee sought changes to House Joint Resolution 9 to strengthen its ability to ensure a nonpartisan redistricting process every 10 years.

The legislation, sponsored by Rep. Natalie Figueroa, D-Albuquerque, proposes appointing people to an independent redistricting commission who have been away from the political process for at least five years, and in some cases 10. But Rep. Greg Nibert, R-Roswell, said that wasn’t enough.

“I think we can remove in a much stronger fashion the partisan influence from this commission by choosing who’s capable of serving on that commission,” he said. “I don’t see that this [bill] removes that. It takes a small step, but it doesn’t get you very far down the road.”

Figueroa agreed to work on the changes, with a goal of getting a committee vote on the measure soon, perhaps by Friday.

The commission created by HJR 9 would be similar to the Citizens Redistricting Committee, which collected public comments and proposals for the state’s 2021 redistricting process and submitted recommendations to the Legislature for consideration during a special session in December. The Legislature was not required to approve any of those maps.

Under a key provision in HJR 9, maps approved by the redistricting commission would go directly to the Secretary of State’s Office for ratification.

“We need to remove the inherent conflict of interest that we currently have with legislators drawing their own districts,” Figueroa told committee members.

Partisan debates over maps approved by the Legislature were contentious in both chambers during the December session, and one has led to a lawsuit alleging gerrymandering. In January, the Republican Party of New Mexico and six other plaintiffs filed a lawsuit in the 5th Judicial District Court that argues a new map of the state’s three congressional districts weakens the voting power of residents in southeastern communities.

If both chambers of the Legislature approve HJR 9, New Mexico voters would then decide whether to adopt the constitutional amendment.