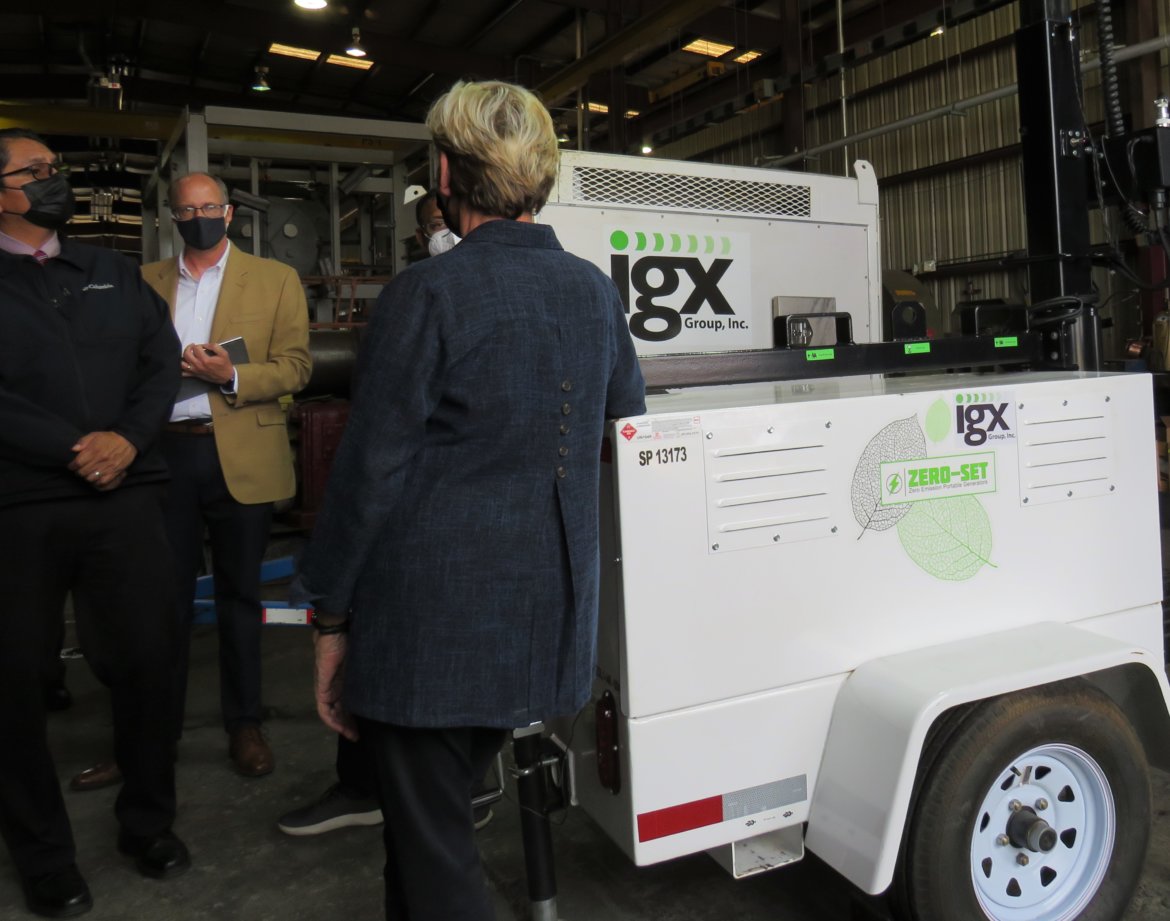 New Mexico is teaming up with three other western states in an attempt to attract federal investment in the form of a hydrogen hub.

The Infrastructure Investment and Jobs Act, colloquially referred to as the bipartisan infrastructure package, included $8 billion for the development of four hydrogen hubs.

A new memorandum of understanding signed by the governors of New Mexico, Utah, Wyoming and Colorado commits the four states to working together to develop a proposal or proposals for a regional hydrogen hub.

The MOU states that the four states “are uniquely qualified and situated to serve as a Hydrogen Hub with a thriving hydrogen economy given the presence of high-quality wind, solar, biomass and other energy resources; a sophisticated oil and natural gas industry; a robust energy transportation infrastructure; an established carbon management infrastructure and favorable geology; early stage public and private hydrogen economy development initiatives; world-leading national labs and academic institutions; and multiple industrial operations and large urbanized areas that are potential early adopters of clean hydrogen technologies.”

Under the agreement, New Mexico, Colorado, Wyoming and Utah will collaborate to develop a Western Interstate Hydrogen Hub with supporting facilities in each of the states. The ultimate goal is to develop at least one proposal to submit to the U.S. Department of Energy for one of the hydrogen hubs that will receive funding through the infrastructure package.

“New Mexico is proud to be part of this powerful collaboration with other western governors during this pivotal time of expanding clean energy,” Gov. Michelle Lujan Grisham said in a press release on Thursday. “New Mexico brings incredible value to this partnership, which not only progresses our shared goals around climate change, but creates jobs, fosters innovation and lifts up millions of Americans. New Mexico’s commitment to growing renewable energy and meeting its ambitious climate goals lays the foundation for a thriving clean hydrogen economy. Make no mistake, New Mexico and our partner states will succeed in developing the nation’s most productive clean hydrogen hub.”

The agreement comes after several hydrogen-related bills died during the Legislative session amid opposition from environmental advocacy groups. These groups say that hydrogen produced using fossil fuels can lead to more emissions and prolongs the state’s reliance on extractive industries.

Federal funding is also available for hydrogen hubs that use water to create hydrogen through the electrolysis process and for hydrogen produced using nuclear energy; however, the vast majority of existing hydrogen projects rely on fossil fuels.