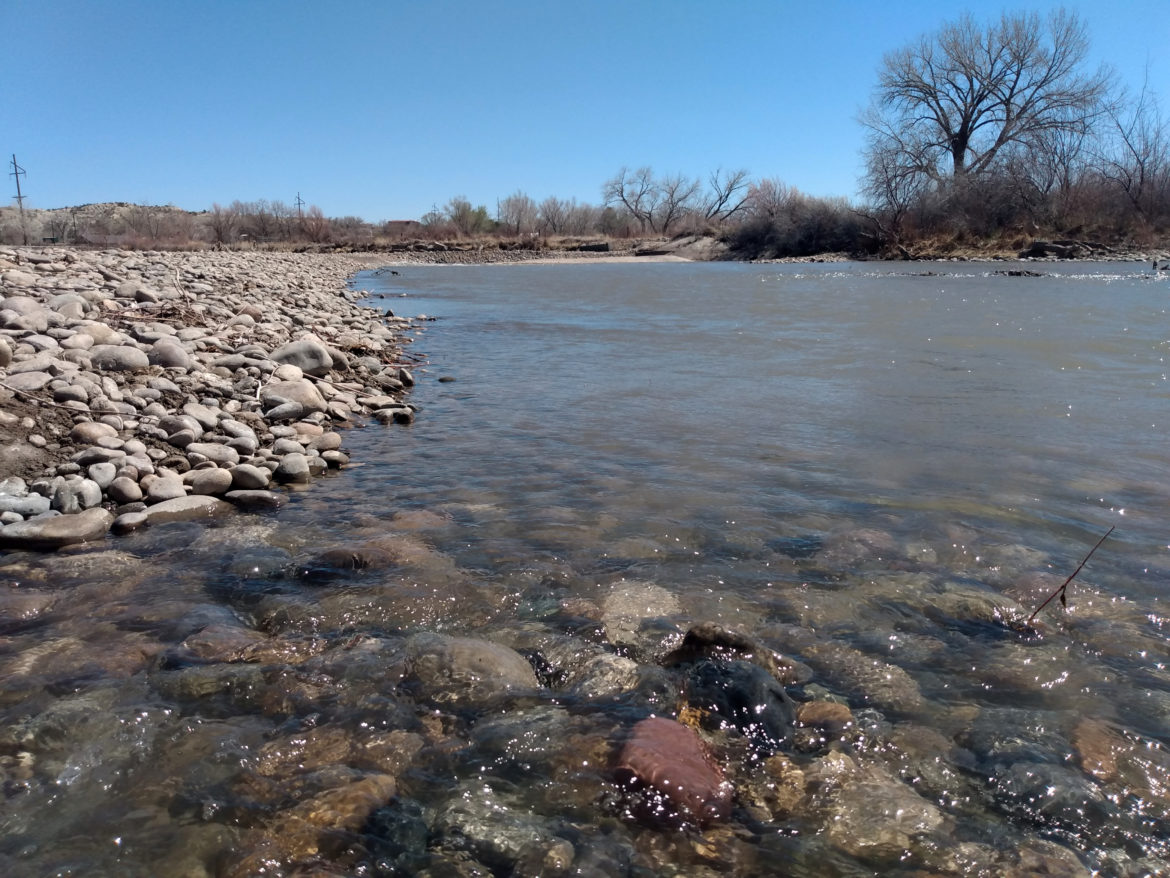 The Animas River in Aztec, NM

The New Mexico Supreme Court ruled unanimously on Tuesday in favor of recreation groups who sued over access to waterways running through private property.

In 2020, a trio of groups including Adobe Whitewater Club, Backcountry Hunters and Anglers and the New Mexico Wildlife Federation challenged the New Mexico Game Commission’s non-navigable waters rule in an effort to get a clear ruling about stream access.

The Stream Access Law that passed in 2015 led to the game commission promulgating rules allowing landowners to seek certificates deeming the water flowing through their property as non-navigable, effectively closing off access to that section of water to wading and walking. Tuesday’s ruling found that the non-navigable waters rule violates the state’s constitution. The certificates that have been issued will be voided.

The plaintiffs argued that the state constitution gives rights for the public to wade in streams that cross private property, as long as they remain in the waterway.

But some private property owners said this was trespassing and argued that the constitution only gave people the right to use the waterways if they did not touch the bottom. That would have meant that the waterways could be used for rafting, but it would have limited the ability for anglers to hike up streams crossing private property. Anglers said that would essentially cut off access to miles of water located on public lands.

A written opinion will be issued later that will provide the legal reasoning that the court used to come to its decision.

During his arguments, Gene Gallegos, a lawyer for NM Wildlife Federation, highlighted the 1945 Red River Valley case that ruled all waters are open to the public as long as they do not have to trespass to reach them. He said that allows people to use the waters to walk, wade or bathe.

“Those are not trespassing, even though you touch the river beds,” he said.

Gallegos argued that there has been an effort to essentially “undo the Red River Valley case.”

But Jeremy Harrison, an attorney for landowners and ranchers, said the case provided boundaries on the right to use the water. He said incidental touches of the streambed or shore in the course of using the water are not trespassing.

“At that point, your touching of the land is not incidental to your use of the water,” Harrison said.

Bacon then said that was a stretch.

“If you can’t walk on the streambed, and your use and enjoyment protected by the constitution is, one, being able to fly fish, unless you can figure out how we can all walk on water, how is that not contrary to the use and enjoyment of the public water?” she asked.

In an email, Nora Meyers Sackett, a spokesperson for the governor’s office, said the ruling “provides needed clarity on issues of stream access.”

“We are glad to see the resolution of this case,” she said.

Not all recreationists agreed that the right to walk up a streambed is guaranteed in the state’s constitution. The New Mexico Council of Outfitters and Guides, which has held that walking and wading in streambeds violates private property rights, stated on Tuesday that it will be waiting for the final opinion to be issued before it determines what that means for private property as well as the guided fishing industry. Some of the properties where landowners have sought certificates of non-navigable waters are owned by people hoping to start fishing resort businesses.

NM Wild, which filed an amicus brief in the case, issued a press release praising the decision.

“Today’s ruling is a victory for public lands and water access, a constitutional right of every New Mexican since before statehood,” Executive Director Mark Allison said in the press release. “We’ve been working to repeal the misguided Non-navigable Rule since its promulgation because it unjustly restricts the access of anglers, boaters, hikers, birders, and other recreationists to certain public streams running through private lands. We will now watch attentively for the Department of Game and Fish to do as ordered and ensure that another unconstitutional rule is not promulgated again in the future. We look forward to continuing our work with land management agencies, private landowners, the public, and impacted communities to keep the health and ecological integrity of our state’s watersheds at the forefront of the conversation.”