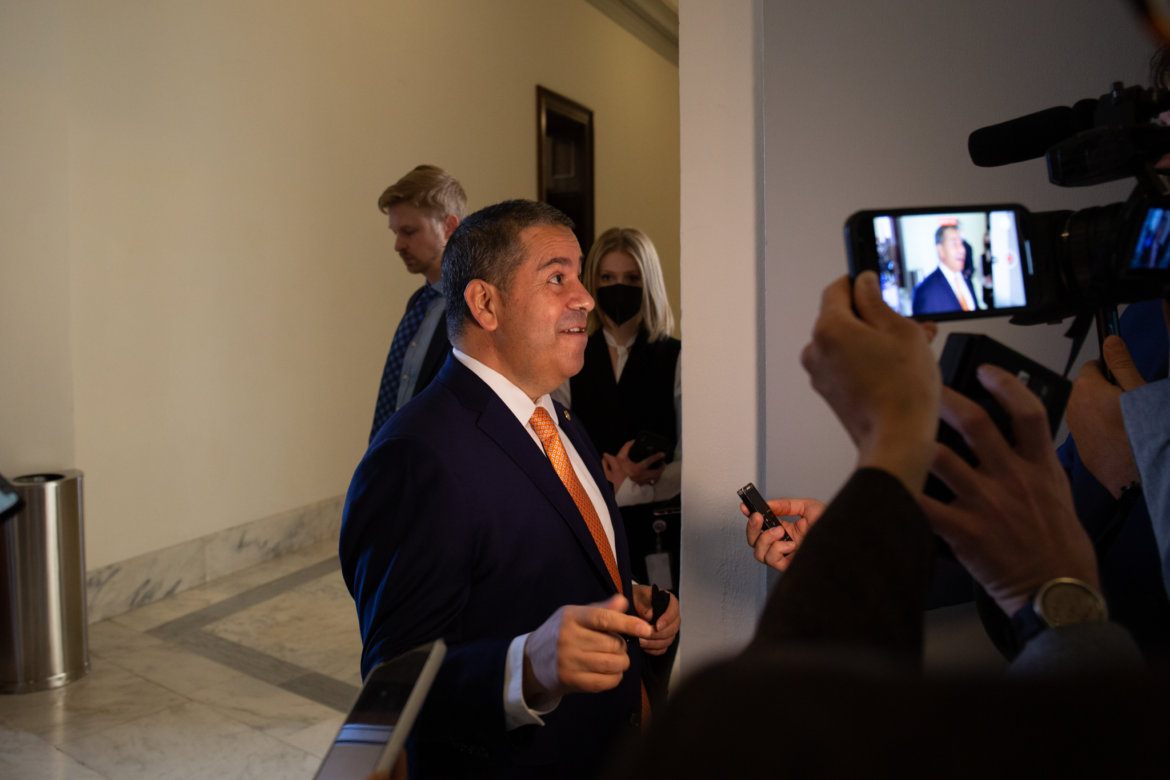 Thursday morning, during a Senate Commerce, Science and Transportation Committee hearing, committee chair Senator Maria Cantwell stopped mid-sentence when she saw someone walk into the room.

U.S. Sen. Ben Ray Luján, wearing a black face mask, made his return to the U.S. Senate, weeks after suffering a stroke. Members and those in attendance rose to give the freshman Senator a standing ovation.

Luján had surgery to repair damage after the stroke he suffered on Jan. 27 and spent weeks in the hospital, during which his office provided sporadic updates on his condition.

“Senator Luján,” Cantwell, a Democrat from Washington, said, “so good to see you.”

“It’s an absolute honor to be back,” Luján said, adding that the reception made him “teary-eyed.”

Luján’s absence was a surprise to other senators and a big problem for Democrats in the evenly divided Senate, as the chamber prepared to vote on a U.S. Supreme Court nominee.

Luján said afterward he was ready to get back to work.

“It is the greatest honor of my life to represent New Mexico in the United States Congress,” Luján said in a statement afterward. “Now, the Senate has several important matters on its docket – from confirming the first Black woman to the Supreme Court to lowering costs for working families – and I am pleased to be back to the business of legislating. I want to thank my constituents, my family, my staff, and my Senate colleagues for their continued love and support. With this support and by God’s grace, I am back in the Senate and eager to get the job done for New Mexicans.”

Luján was elected to the Senate in 2020 after serving six terms in the U.S. House representing New Mexico’s 3rd Congressional District.