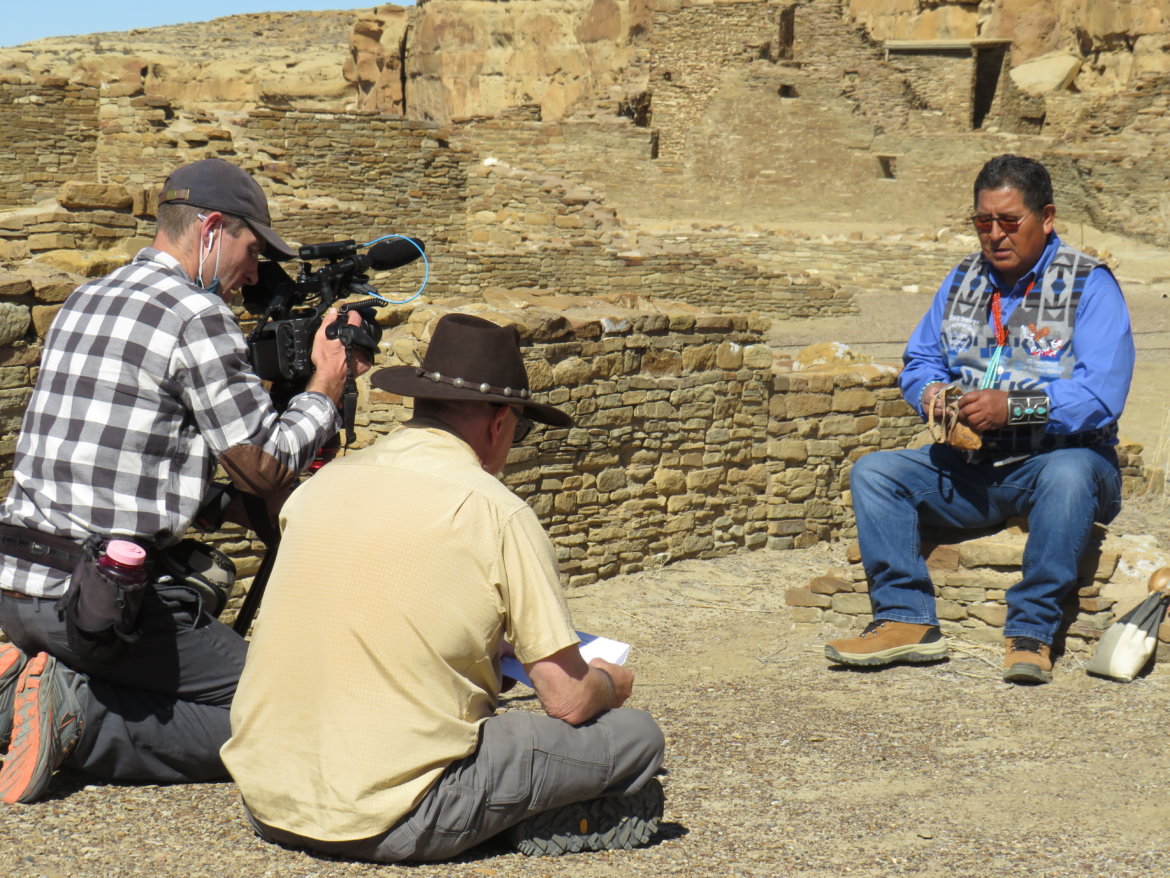 Archaeology Southwest plans to release a short film later this month to raise awareness about the importance of protecting the Greater Chaco landscape.

This video comes as the federal Bureau of Land Management is accepting public comments regarding the withdrawal of federal lands around Chaco Culture National Historical Park from the mineral leasing program. The comment deadline is April 6 and Paul Reed, an archaeologist, said the short six-minute film will be released prior to that date.

“We wanted to put together a film that would highlight Native leaders talking about why that’s important to do and really kind of emphasize that point of view,” Reed said.

The proposal to withdraw the lands from mineral leasing has met backlash from energy companies as well as Navajo allottees who say, although their allotments are not included in the withdrawal, shutting off neighboring lands from mineral development makes it so they cannot lease out their own mineral rights in the future.

The area proposed for withdrawal is colloquially referred to as the Chaco buffer zone. Advocates for the buffer zone say oil and gas development threatens human health, scarce water sources, the night sky and the sacred landscape.

Archaeology Southwest did surveys and reconnaissance work in 2020 that found more than 4,000 archaeological and historical sites in the northern part of the proposed buffer zone. According to information provided by the organization, only 20 percent of the land included in the buffer zone has been surveyed archaeologically, which means that count is likely much higher. Those sites have been connected to Navajo, Puebloan, Paleoindian, Jicarilla Apache and other cultures.

Reed said in addition to the six-minute film, Southwest Archaeology hopes to have short segments that can be easily shared on social media like Twitter.

Reed and filmmaker David Wallace met with former Hopi vice chairperson Clark Tenakhongva on Wednesday at the park. Tenakhongva is one of several Indigenous leaders whose voices will be highlighted in the film. Pueblo and Navajo leaders will also be included in the film, as well as the park superintendent.

Tenakhongva walked along the walls of Pueblo Bonito telling about his people’s ties to the site. When they reached the plaza, he gave an offering before sitting down for an interview with Reed. After the interview, he sang songs that he has written.

Throughout the filming, Tenakhongva often referred to Chaco by the Hopi name, Yupkoyvi, which he said means the place beyond. He explained that the name refers to its location east of the Chuska Mountains.

Tenakhongva is no stranger to using film to promote protection of sacred sites. He has participated in film projects to encourage protection of the Bears Ears region in southeast Utah as well as the Grand Canyon, where the Hopi people believe they originated.

Tenakhongva said the video allows people who might not be able to visit Chaco to “get a feeling of what the holiness of this place is.”

While filming on Wednesday took place in the park, the video will also feature areas outside the park including the Pierre site, a Chacoan outlier to the north.

While the current initiative to withdraw the lands from mineral leasing is a win for advocates who have fought for such protections, in Reed’s point of view, federal legislation is needed to codify it so that future administrations do not reverse it.

Wallace said he was struck by the connectivity between the sites and that they were not isolated, but existed as a whole. He said the ten-mile buffer zone allows these sites to be protected together rather than just individually.