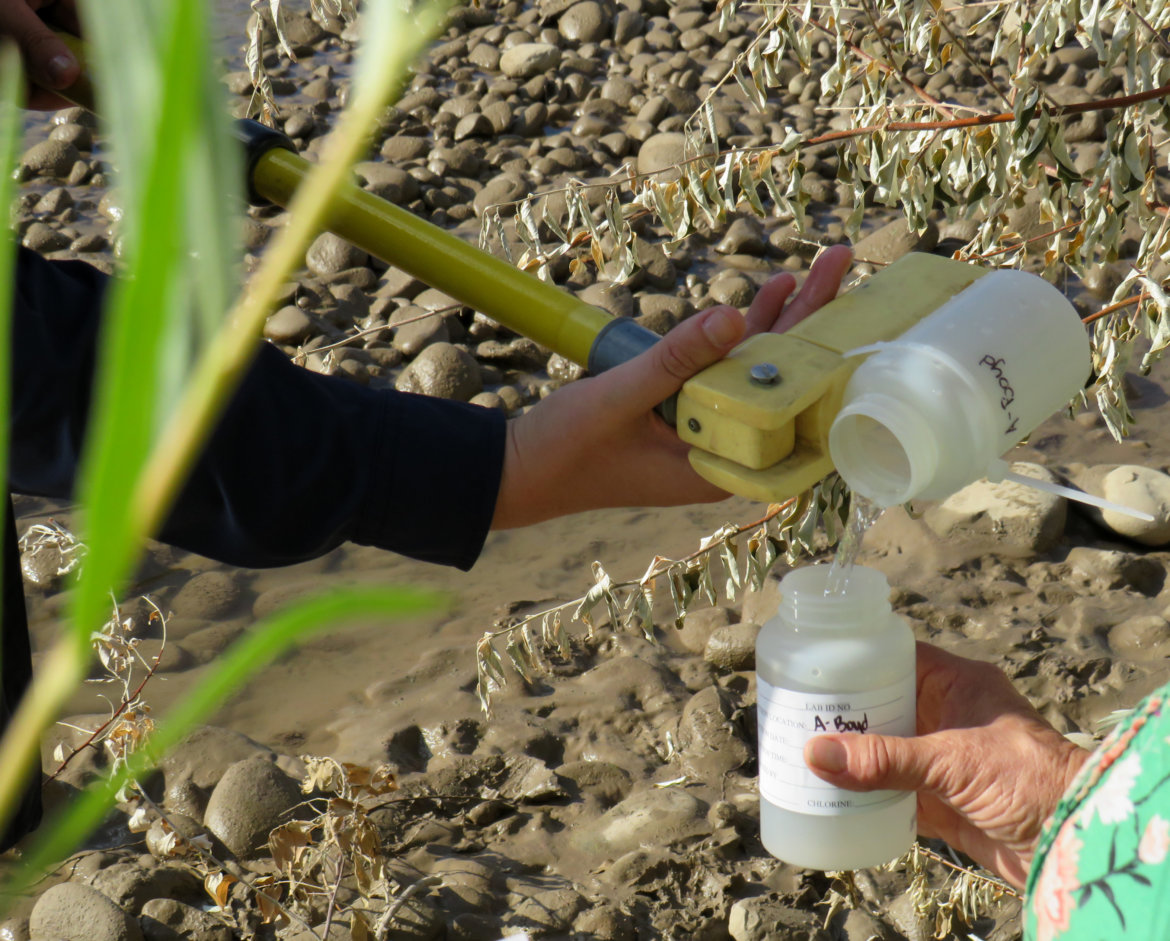 The San Juan Watershed Group takes a sample from the San Juan River in August in Farmington to test for E. coli.

Half a century after the Clean Water Act became law, the United States is still far from the goal of having all of its waters clean enough that people can fish and swim in them.

A new report released by the Environmental Integrity Project found that half of the rivers and streams and more than half of the lakes in the United States that have been assessed are polluted to the point that they are considered impaired.

When the Clean Water Act was passed, the goal was to have the nation’s waters clean enough for fishing and swimming by 1983. The Environmental Integrity Project calls its report “The Clean Water Act at 50: Promises Half Kept at the Half Century Mark.”

The leading cause of impairment nationwide is agriculture, often in the form of waste from livestock. This is especially noticeable when there are factory farms that concentrate large numbers of livestock in small areas.

The report did not include any New Mexico waters impaired for fish consumption and found only 1 percent of rivers and streams in New Mexico are impaired for public drinking water.

The report relied on information from the integrated reports compiled on a regular basis by the New Mexico Environment Department. Keene Kelderman, who analyzed the data for the Environmental Integrity Project, said he looked at the 2018-2020 integrated report. According to this report, the top three causes of water impairment in New Mexico’s streams and rivers are excessive temperature, nutrient/eutrophication and E. coli bacteria. Meanwhile, in the lakes, the largest source of impairments is mercury, which can build up in fish tissue.

Agriculture and grazing is the largest cause of impairments to New Mexico waters, followed by runoff from bridges and roads.

The water quality problems of today are different from what they were 50 years ago, Eric Schaeffer, the executive director of the Environmental Integrity Project, said during a virtual press conference on Wednesday.

Climate change is causing warming water temperatures, which can impair the waterways to the point that they cannot support aquatic life. He said this is one reason Oregon ranks toward the top of the list for states with the most water impairment.

Meanwhile, in the eastern United States, increased rainfall has led to more runoff into the rivers. This runoff carries pollutants into the water.

And, at the time the Clean Water Act became law, people weren’t talking about the dangers of forever chemicals like PFAS.