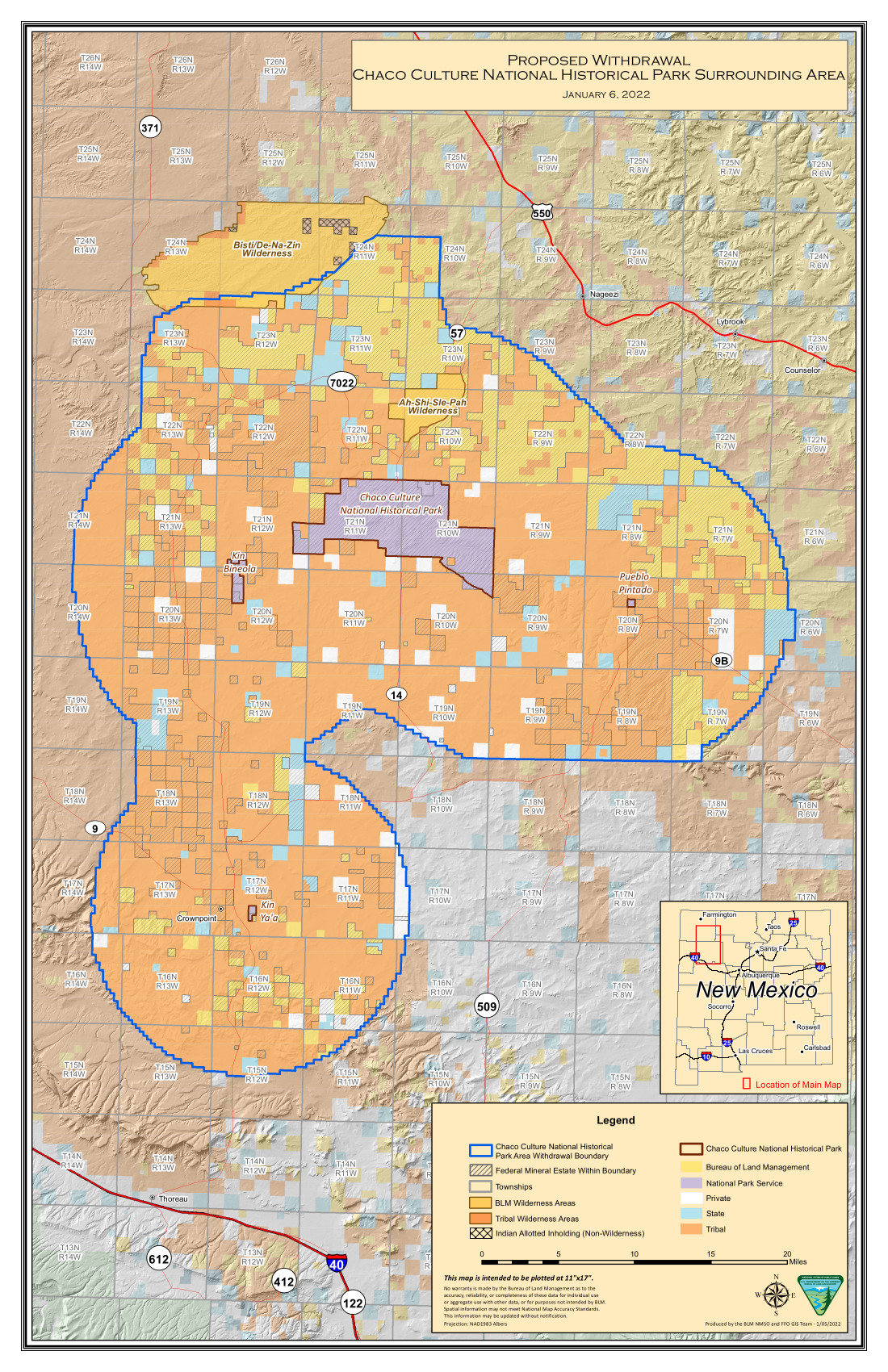 The Bureau of Land Management announced an extension to the comment period for withdrawal of federal lands around Chaco Culture National Historical Park from mineral leasing. The comment period, initially scheduled to close April 6, will now end on May 6.

Additionally, the BLM has scheduled two meetings that will allow people to provide oral comments. These meetings will be from 2 p.m. to 7 p.m. Wednesday, April 27 at San Juan College in Farmington and from 8 a.m. to noon Friday, April 29 at the National Indian Programs Training Center in Albuquerque.

Related: BLM director: Comments on Chaco buffer are ‘just the beginning of the process’

The new meetings come following a request by Jerome Lucero, the former governor of Zia Pueblo and the current vice chairman of the All Pueblo Council of Governors, during a February meeting. During that meeting, Lucero emphasized the importance of having the opportunity for Native people to provide spoken comments rather than just written comments. He also asked that there be a meeting in the Rio Grande corridor so that it will be easier for Pueblo people to attend.

Those wishing to attend the meetings must register in advance. This can be done by contacting Sarah Scott at 505-564-7689 or by emailing sscott@blm.gov. Attendance is capped at 45 people per session.