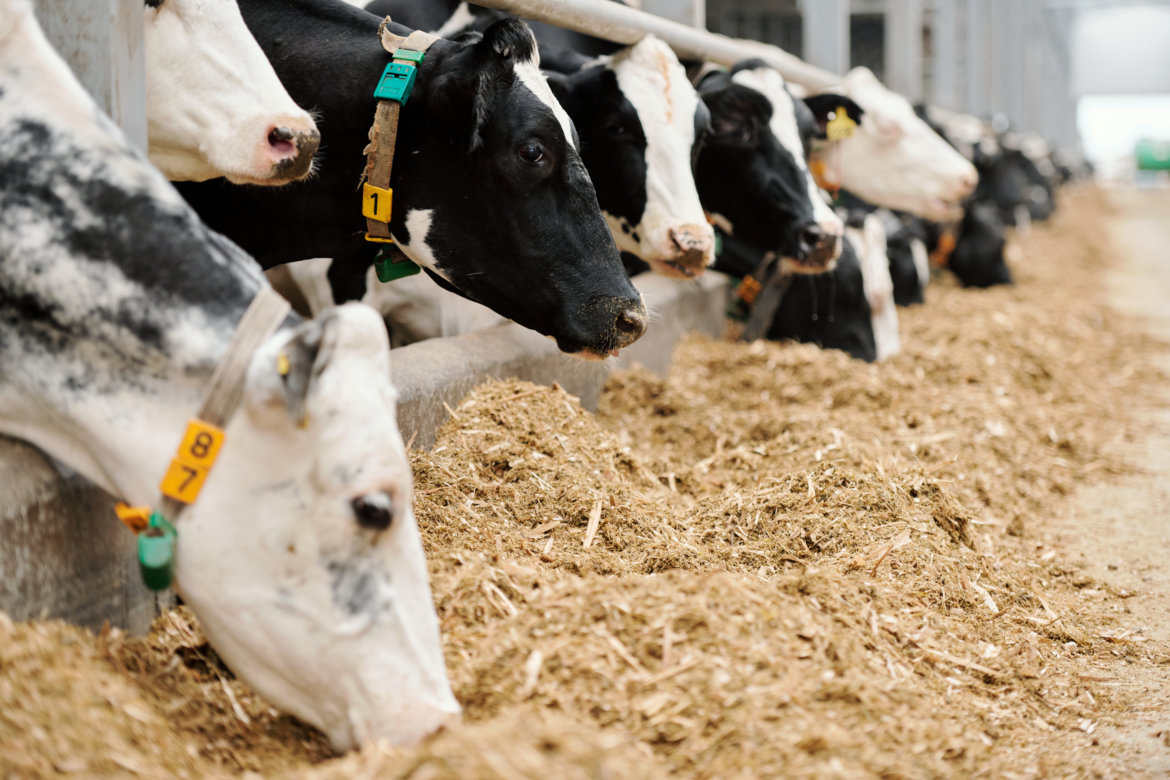 New Mexico is one of the top dairy producing states and this can have environmental impacts.

A new report released by the group Mapping for Environmental Justice documented locations of 160 operations in New Mexico where cattle are kept in confined areas referred to as concentrated livestock feeding operations, or CAFOs. The majority of these operations are dairies. They tend to be concentrated in areas like Clovis and Roswell.

Runoff from agricultural operations can lead to contamination of both groundwater and surface water and soil disturbance can lead to increased fine particulate matter in the air, contributing to respiratory illnesses. Other emissions from the dairy industry include methane, ammonia and hydrogen sulfide.

Marshall Worsham, the primary investigator for the report, said that CAFOs have a unique signature that can be seen in satellite imagery. An algorithm was used to identify factory farms based on that signature. He said Mapping for Environmental Justice now hopes to take the tool developed for New Mexico and expand to map CAFOs in other states as well.

Dairies in New Mexico are dry lot, open air operations. That means the cows are often on bare soil.

New Mexico’s dairies tend to have large numbers of cows, averaging 2,300 cows per farm, which the report states is the largest average herd size in the country. This herd size has helped New Mexico become the ninth largest producer of milk and in the top five producers of cheese in the country.

Worsham said the CAFOs tend to be located in areas where there are high populations of people who do not speak English or who speak English as a second language. This can lead to what he called linguistic isolation.

Many of these people work in the dairies and are exposed to risks associated with the operations.

Robert Hagevoort, the dairy extension specialist for New Mexico State University, said there are dangers associated with working in an industry like dairy. These risks include injuries from large animals or machinery.

Because of that, Hagevoort said the extension office offers training in three languages—English, Spanish and K’iche’, a Mayan language that is spoken by many of the immigrants from areas like Guatemala.

The report highlights several statistics about these operations. It starts by saying that no government entity has comprehensive information about CAFOs and that the study’s purpose was to develop the first dataset.

While talking to people in New Mexico, Mapping for Environmental Justice Director Adam Buchholz said, “we found out that New Mexico is one of those states where they’re really under regulated.”

He said the goal of the report was to provide a tool that community members can use in advocacy work. He said that the intention was not to prescribe policies to address potential environmental pollution.

When animals are kept in confined areas, it concentrates the animal waste like manure. Runoff from these operations can impact ground and surface water.

Various emissions are also associated with CAFOs, including between 64 percent and 86 percent of the total human-related ammonia emissions globally, the report states.

New Mexico is one of four states that does not have authority to write National Pollutant Discharge Elimination System permits for dairies, instead relying on the federal government to issue them, according to the report. The New Mexico Environment Department does issue groundwater discharge permits and requires quarterly monitoring reports.

According to NMED dairy discharge permit records, as of March 2021, there are approximately 130 permits issued. These permits are issued on a five-year basis.

This has not always been the case. In 2015, the state adopted the Dairy Rule, which requires dairies to monitor groundwater impacts and to line waste lagoons. The rule came following a 2009 study by NMED’s Groundwater Protection Division that found 60 percent of the state’s dairies were polluting groundwater. It is not clear how much the Dairy Rule has made a difference, according to the report.

“While the regulation was a landmark agreement between the dairy industry and environmental advocates, the NM State Legislature has yet to assess the Dairy Rule’s efficacy in protecting groundwater,” the report states.

Hagevoort said the Dairy Rule came as a result of negotiations between the industry and environmental groups.

“New Mexico probably by far has the strictest environmental regulations when it comes to groundwater protection,” he said.

Beverly Idsinga, the executive director of Dairy Producers of New Mexico, said some dairy farms have 10 to 12 groundwater monitoring wells on site. She said dairy farmers also do routine sampling. The requirements are laid out in the permits.

The number of dairies in New Mexico has been declining over the past few years. Idsinga said the approximately 130 dairy farms in the state are all family owned and generational, meaning they are passed down from parents to children.

“Not many people wake up one day and say I’m going to start milking cows,” she said.

The dairy industry is declining in New Mexico. Hagevoort said the last five or six years have been hard and producers have not been able to make a profit and have struggled to pay bills.

This comes as the federal government sets the price of milk. At the same time, feed costs are going up and the dairies have had to compete with the oil and gas industry for workers.

Hagevoort said it is not unusual for reports like the one by Mapping for Environmental Justice to be released. However, he said that it misquoted people, including himself.

“I had a lot of issues with that report,” he said. “There’s a lot of insinuations in it.”