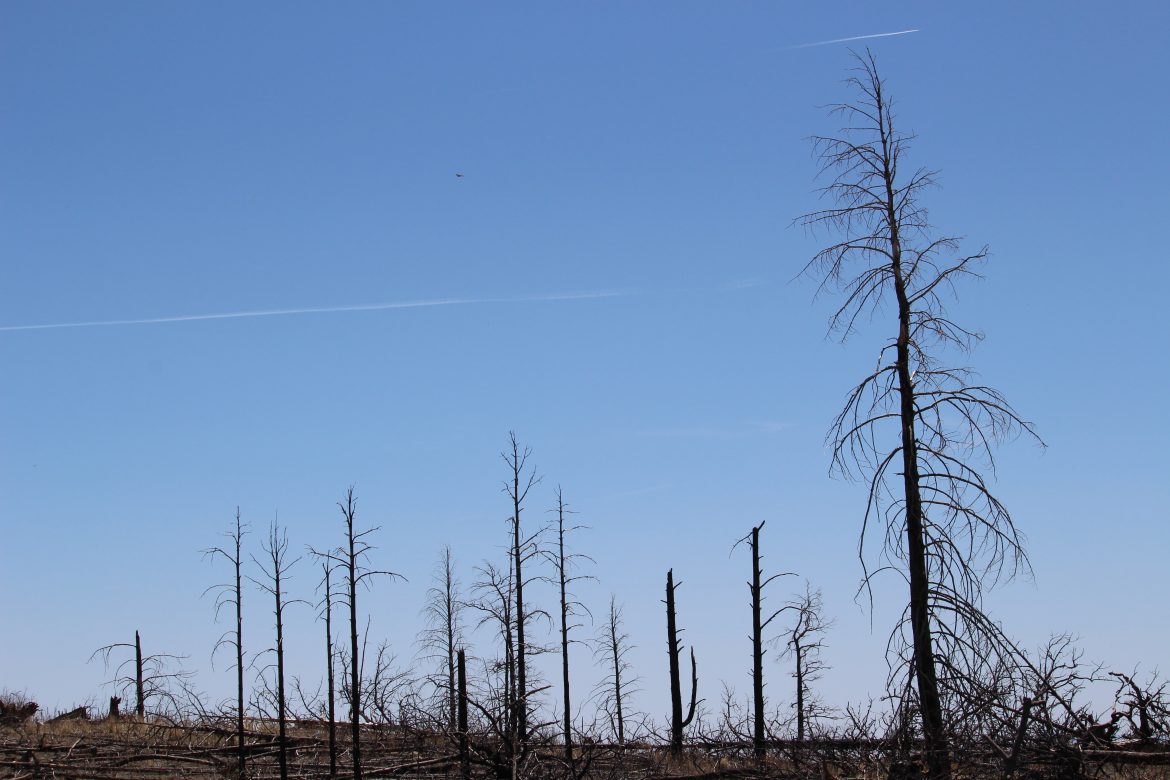 A longer wildfire season in the West, and forests that have a harder time growing back under warmer conditions, are just two of the impacts of climate change

Global anthropogenic greenhouse gas emissions need to be cut in half by 2030, according to a new Intergovernmental Panel on Climate Change report released on Monday.

The report focused on the mitigation of climate change. It also provides pathways that could be taken and shows how decisions made today, as well as in the upcoming decades, can impact the future.

A press conference video stated that “this is the first IPCC report to provide an in-depth assessment of how human behavior, choices and consumption can contribute to climate change mitigation.”

The report emphasized the need to reduce emissions across all sectors.

“The jury has reached the verdict and it is damning,” said António Guterres, the secretary general of the United Nations, during a press conference. He described the IPCC report as a “litany of broken climate promises” and as a “file of shame, cataloging the empty pledges that put us firmly on track towards an unlivable world.”

Guterres said that climate scientists have warned that the world is near climate tipping points that could lead to “cascading and irreversible climate impacts.”

He then attacked high-emitting governments and corporations as “not just turning a blind eye” but “adding fuel to the flames.”

“They are choking our planet, based on their vested interests and historic investments in fossil fuels, when cheaper, renewable solutions provide green jobs, energy security and greater price stability,” he said.

Anthropogenic greenhouse gas emissions, which lead to climate change, reached their highest point in history from 2010 to 2019. While the growth in emissions has slowed, if “immediate and deep emission reductions across all sectors” are not implemented, it will be impossible to prevent the climate from warming more than 1.5 degrees Celsius above pre-industrial levels, according to a press release announcing the report.

The report calls for greenhouse gas emissions to reach their peak in 2025 and then begin decreasing. If this happens, and if emissions are cut in half by 2030, some of the more catastrophic impacts of climate change could be avoided.

“We are at a crossroads. The decisions we make now can secure a liveable future. We have the tools and know-how required to limit warming,” IPCC Chair Hoesung Lee said in the press release. “I am encouraged by climate action being taken in many countries. There are policies, regulations and market instruments that are proving effective. If these are scaled up and applied more widely and equitably, they can support deep emissions reductions and stimulate innovation.”

The approximately 3,000 page report is broken down into 17 chapters. Some of these chapters include emission trends and drivers, mitigation pathways, energy systems, land use, buildings, transportation, industry, national policies and international cooperation.

In terms of reductions of greenhouse gas emissions, the report states that rapid reductions in non-carbon dioxide emissions, particularly methane, would reduce the level of peak warming—or the highest temperatures that the world could see under climate change scenarios.

If emission reductions are delayed or not implemented for one sector, other sectors will need to compensate for that, the report states.

To keep warming below 2 degrees Celsius, the world needs to substantially reduce fossil fuels and eliminate the use of coal without carbon capture and sequestration technology, it further states.

Inger Andersen, the executive director of the U.N.’s Environment Programme, said the first two reports in this cycle, released last summer and last month, told that climate change is here and is “causing huge disruptions in the natural world and to human well-being.” This report, she said, “tells us that we still are not doing enough to cut greenhouse gas emissions.”

She said that “half measures will not halve greenhouse gas emissions by 2030.”

Andersen said the tools exist to cut the emissions in half, including transitioning away from fossil fuels and moving from deforestation to restoration. She also spoke about transforming cities into “green and clean spaces” and about behavior changes needed to “address the demand side of the equation.”