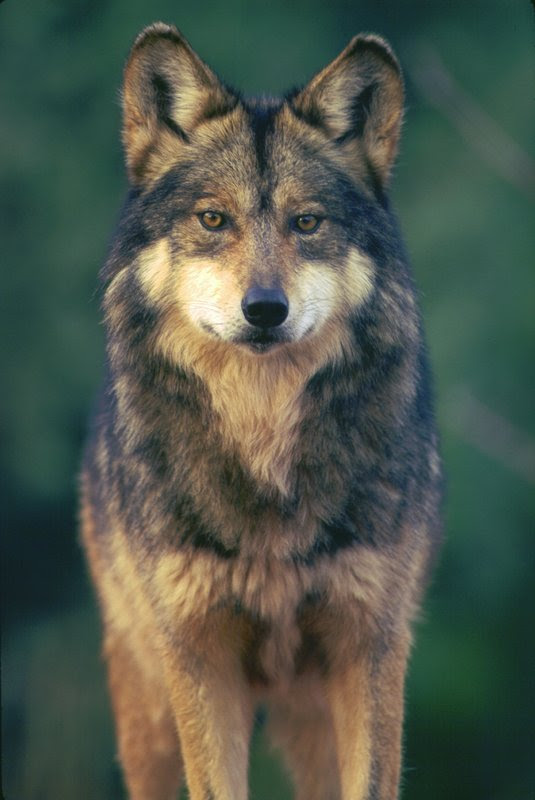 Following a court order, the U.S. Fish and Wildlife Service released its plans to address poaching of Mexican wolves, as well as other human-caused mortalities.

An update to the 2017 recovery plan was published in the Federal Register on Thursday, opening up a 30-day public comment period.

“Mexican wolves continue to make progress toward their recovery goals here in the U.S., but human-caused mortality continues to be a concern as it could hinder future population growth,” Brady McGee, the Mexican Wolf Recovery Coordinator for the U.S. Fish and Wildlife Service, said in a press release. “Addressing this threat will require the support of our partners, law enforcement and members of the public.”

Defenders of Wildlife, along with other groups, sued the Fish and Wildlife Service after the 2017 recovery plan failed to address the human-related mortality.

Bryan Bird, the southwest director for Defenders of Wildlife, said that the lawsuit was broader than just human-related wolf deaths, but the judge narrowed it down. He said the revisions published on Thursday address what the court required the Fish and Wildlife Service to address.

According to the Fish and Wildlife Service, in 2020, 14 Mexican wolves were illegally killed and six died after being hit by cars.

There were 25 wolf mortalities in 2021, however the cause of death has not been released for most of those animals.

This year, a wolf pack in Sierra County has created conflict after killing cattle. Elected officials in the area are calling for the pack’s removal.

Since 1998, when the wolves were reintroduced, 119 wolves have illegally been killed by people and others have disappeared suspiciously, according to the Center for Biological Diversity.

One of the things that Bird said Defenders of Wildlife has been advocating for is to get the U.S. Forest Service to require ranchers who have grazing permits to take steps to reduce the wolf kills.Those actions include removing the cattle from the range for calving and collecting carcasses of deceased cows.

Bird said that when cattle are out on the range giving birth, ranchers are not able to keep an eye on them. He said the carcasses being left out attracts scavengers, including wolves.

He said he was encouraged that the revised plan called for the Fish and Wildlife Service to work with the Forest Service to implement measures that will reduce the number of livestock killed by wolves.

The revised plan released on Thursday calls for using what is called diversionary feeding to reduce wolf-livestock conflicts. Diversionary feeding is when road-kill carcasses or commercially-produced food usually consisting of raw horse meat is placed near wolf dens.

The goal is to recover the Mexican wolf population within the next 25 to 35 years, which would allow it to be removed from the endangered species list.

While Bird supported efforts to reduce wolf-vehicle collisions, he said he does not know how much the U.S. Fish and Wildlife Service can do on that front, as it would require initiatives from the Department of Transportation.

But, while the revisions are a step in the right direction, according to environmental advocacy groups, there is still more that needs to be done to protect and recover the Mexican wolf.

Michael Robinson with Center for Biological Diversity said that the telemetry collars that allow people to track the wolves need to be removed or, if the collars are used, only government officials and some scientists should be allowed to access the data. Robinson said the Center for Biological Diversity plans to continue advocating for things like removing collars or limiting access of telemetry data so that only government officials know where wolves are. He said that the organization will submit comments during the public comment period that will include several of the recommendations it made during the 2017 process.

Bird said that Defenders of Wildlife believes that the range for the experimental population should be extended northward, including into the Grand Canyon where he said there is good habitat for the wolf.

The recovery plan also relies on the international connection between the population of wolves in Mexico and the population in the southwest United States. That connectivity has been challenged, especially with the construction of a wall along portions of the border.

Bird said what is yet to be seen is how the activities are funded and implemented.

“They’ve got a lot of priorities out there, a lot of things that require their attention and their resources,” he said, adding that Defenders of Wildlife is “generally encouraged” about the revisions.