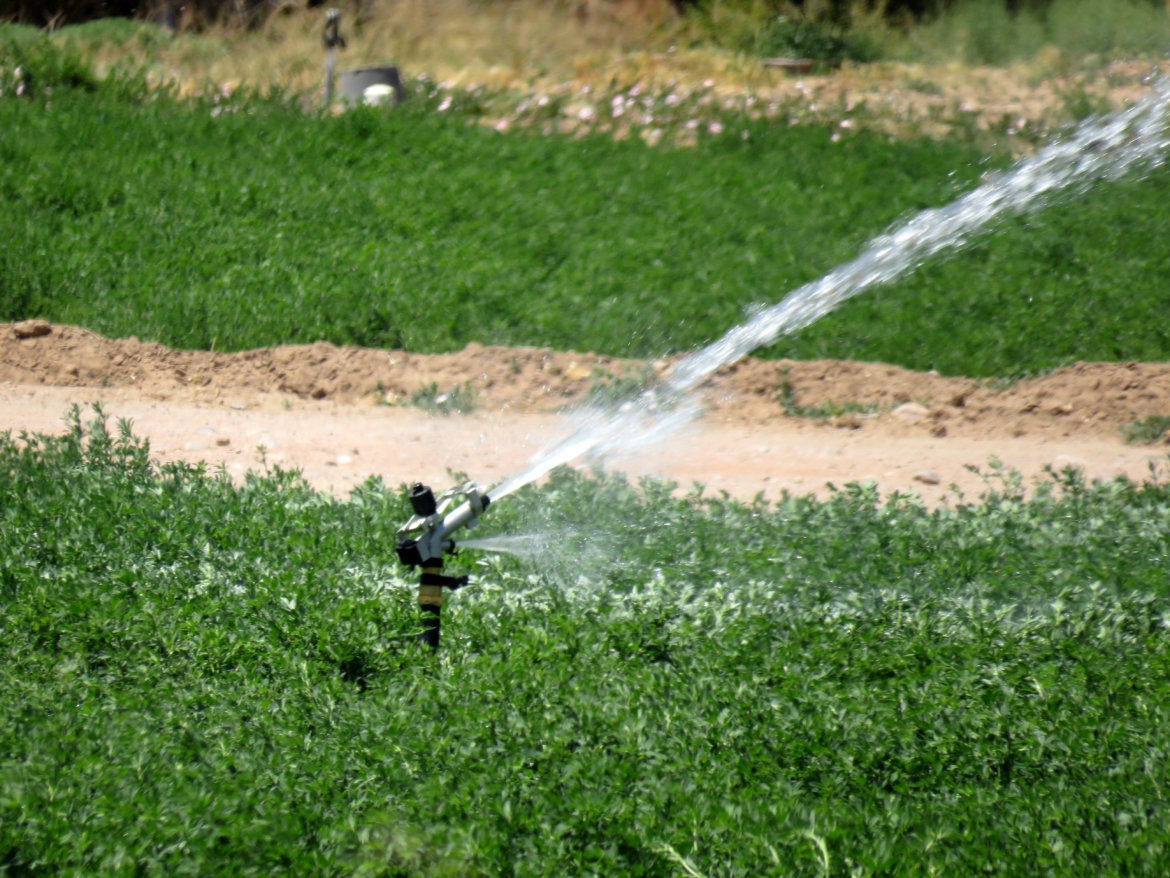 Water from the Rio Grande is used to irrigate a field in Belen.

“We know that our farmers and our communities are struggling to meet their water needs,” U.S. Rep. Melanie Stansbury, a Democrat representing the state’s 1st Congressional District, said during a press conference on Thursday. “And the pieces of legislation that we introduced this week will be game changers to help address those needs, put resources into the hands of our communities, and to address the long term water security of our communities.”

The Water Data Act is based on legislation that the New Mexico Legislature passed in 2019. It calls for development and implementation of a framework for integrating, sharing and using water data. The bill has also been introduced in the U.S. Senate by Senators Ben Ray Luján and Martin Heinrich, both New Mexico Democrats.

“When we say agua es vida, we need to also say that information is power,” she said.

Meanwhile, the Rio Grande Water Security Act calls for the creation of a federal working group that will meet with local government units like acequias, Rio Grande states and tribes to develop and implement an integrated water resources management plan. It also includes reauthorization of the Pueblo Irrigation Infrastructure grants.

“The Rio Grande Water Security Act will actually create a coordinated effort to plan for the long term resilience and water security of the Rio Grande River and the communities and ecosystems that encompass them,” U.S. Rep. Yvette Herrell, a Republican representing New Mexico’s 2nd Congressional District, said.

Both bills are also intended to help communities in the face of climate change, Stansbury said.

“Watersheds across the west are facing severe water shortages because of climate trends,” she said.

She said that the drought impacting New Mexico and other parts of the west are part of the climate change trends.

“When you look at the trend over the last three decades in particular, our snowpack is diminishing, the flow in our river is diminishing and our groundwater is diminishing,” she said. “And we know based on the climate projections are regions that we can anticipate this trend is going to continue.”

As this happens, Stansbury said the water management strategies that have worked in the past may not work in the future.

There is currently a study underway to examine how climate change will impact the Rio Grande Basin. Stansbury said the Rio Grande Water Security Act empowers federal agencies to partner with local communities and take the science and translate that into an action plan.

In terms of the Water Data Act, Stansbury said it is intended to “unlock the power of big data” to understand how climate change is impacting water sources both on a large scale, such as a watershed, and on a smaller scale, such as a farm or a ranch. She said the bill will empower communities by providing data and tools that allow them to consider the climate change impacts in the hydrologic systems.