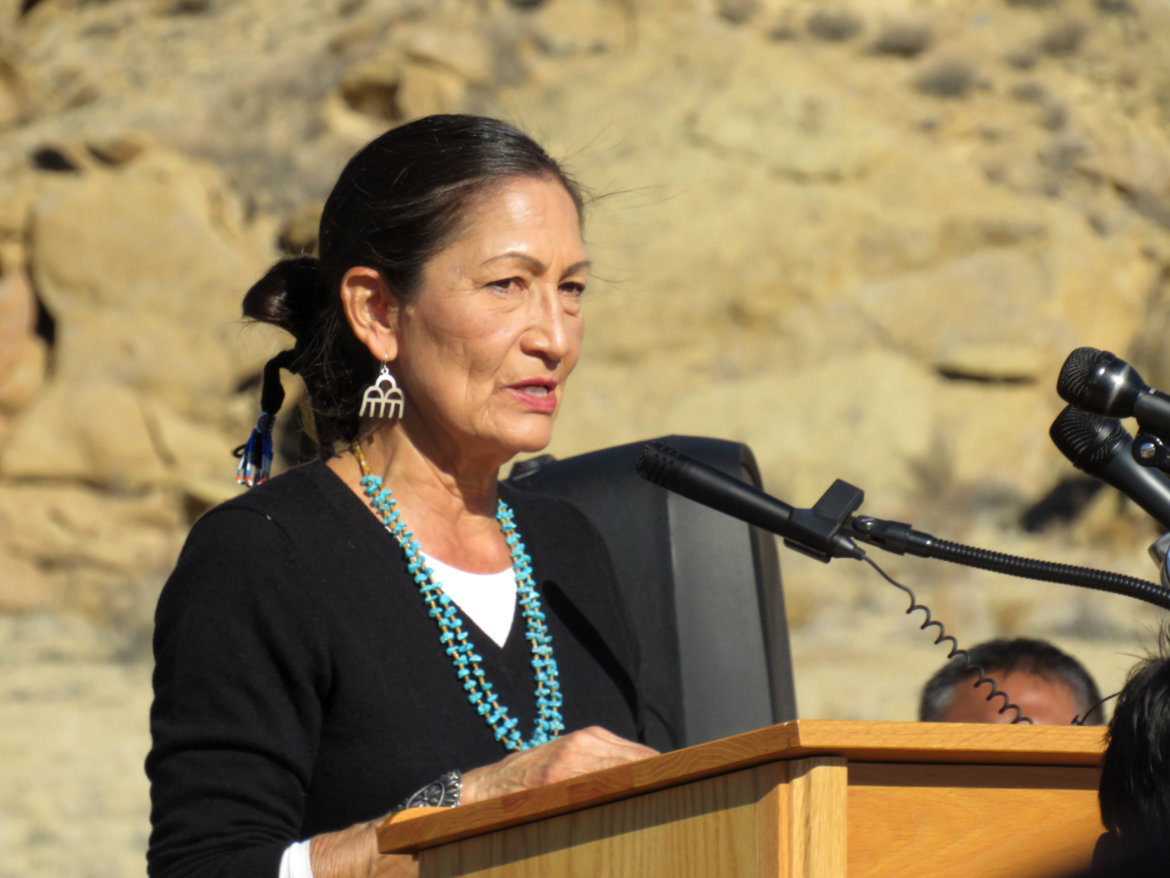 Secretary of the Interior Deb Haaland speaking at an event in the Chaco area of New Mexico in 2021.

The U.S. Department of the Interior launched the new Indian Youth Service Corps and announced the program guidelines on Friday.

Its goal is to provide opportunities for Native Americans ages 16 to 30 to gain work experience in the natural resources field while also preserving traditional practices of land stewardship and creating awareness of Indigenous culture and history.

During a press conference on Friday, Secretary of the Interior Deb Haaland spoke about her Laguna Pueblo connections and being in the outdoors with her grandfather. She said the Indigenous people are the original stewards of the lands.

The National Park Foundation announced on Friday that it will be contributing $1 million to help get the program off the ground. It is funding ten projects in various states including New Mexico.

“These projects will engage tribal youth in a wide range of conservation and preservation activities,” Will Shafroth, the foundation’s president and CEO, said during a press conference.

He said that one unique thing about the program is that the participants will also be “protecting indigenous cultural practices, languages and traditional ecological knowledge used for land management.”

“We have so much to learn from tribal members about these things is how we manage our public lands,” he said.

U.S. Rep. Teresa Leger Fernández said her first job was in the Youth Conservation Corps. She also spoke about the wildfires burning in New Mexico and said service corps like the Indian Youth Service Corps are important in the effort to combat climate change.

She said the next generation needs to be empowered with the tools and resources needed to help landscapes and communities recover after devastating wildfires.