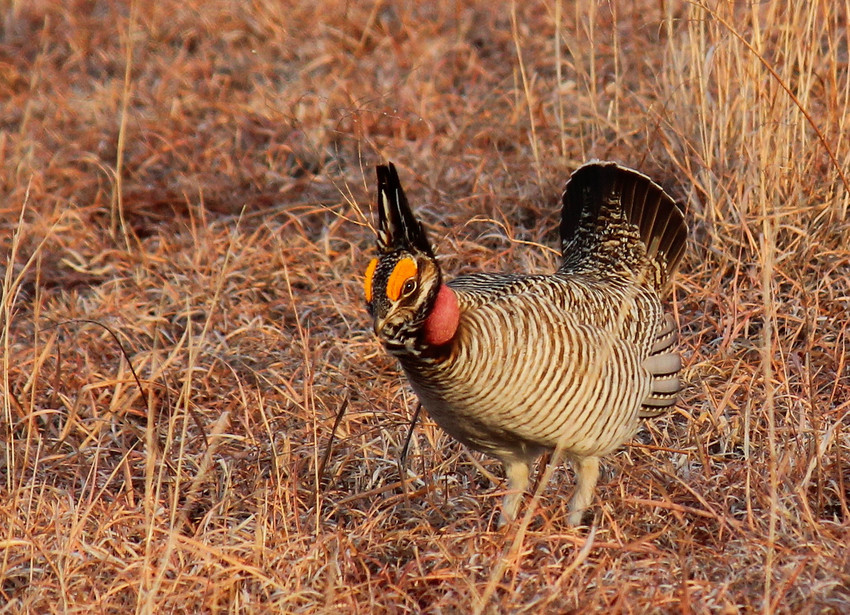 The Center for Biological Diversity says that the U.S. Fish and Wildlife Service has violated the Endangered Species Act when it comes to protecting the lesser prairie chicken.

The service published a proposed rule in June 2021 to list two distinct population segments of the lesser prairie chicken.

The proposed rule would list the lesser prairie chicken living in southeast Colorado, southwest Kansas, northwest Oklahoma and the Texas Panhandle as threatened and the population living in west Texas and eastern New Mexico would be listed as endangered.

The Center for Biological Diversity says that the rule should have been finalized in June of this year under Endangered Species Act requirements.

One of the threats the bird faces is habitat loss as it is converted into cropland or used for cattle grazing or as trees move into the grasslands that the bird depends upon. The construction of power lines and other transmission infrastructure and the extraction of oil and gas are also threatening the species as the lesser prairie chicken avoids vertical structures like drilling rigs and telephone poles that birds of prey can use as perches.

Drought and high temperatures that are linked to climate change also harm the bird as the eggs and hatchlings struggle to survive during extreme heat.

“Fossil fuels are a double threat to the lesser prairie chicken,” Michael Robinson, a senior conservation advocate at the Center for Biological Diversity said in a press release. “They’re a leading cause of habitat loss, and the main cause of the warming that’s making the world increasingly inhospitable for these special birds, and all of us, too.”

The Fish and Wildlife Service declined to comment and said in an email statement that it is continuing its work on the listing decision.