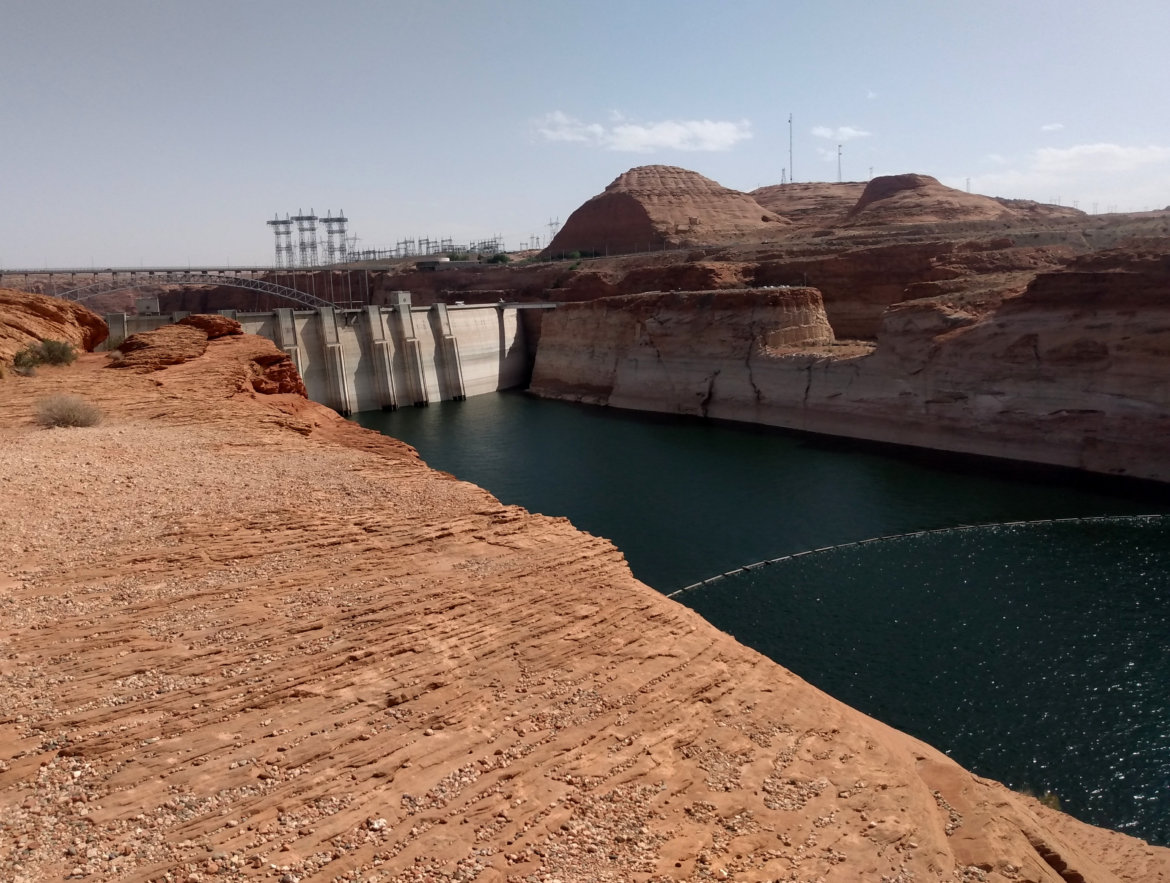 The Glen Canyon Dam is pictured in May 2022 in Page, Arizona.

New Mexico will not face mandatory cuts in Colorado River water usage at this time as the U.S. Department of the Interior implements actions to address falling levels in Lake Powell and Lake Mead.

Actions the department announced on Tuesday include mandatory cuts in water use in the Lower Basin and reductions in the amount of water released from Lake Powell in the Upper Basin. The cuts will impact Arizona, Nevada and Mexico.

“The prolonged drought afflicting the West is one of the most significant challenges facing the communities in our country,” Deputy Secretary of the Interior Tommy Beaudreau said during a press conference.

The actions are not as drastic as some had feared. While U.S. Bureau of Reclamation Commissioner Camille Calimlim Touton had given the Colorado River Basin states until this week to submit plans to cut two to four million acre feet of water usage or else the federal government would get involved, the plans announced on Tuesday do not add up to the two to four million acre feet.

Officials stressed the need to work with states and tribes as well as Mexico to develop a plan to respond to the drought conditions.

During the press conference, Touton said Lake Powell and Lake Mead, the two largest reservoirs in the country, are at historically low levels. She warned that the Colorado River system is at a tipping point and without action it will not be able to provide water to the millions of people who rely on it.

She said that to date the Colorado River Basin states have not identified and adopted specific action of significant magnitude to stabilize the system.

There will not be any mandatory cuts in water usage in the Upper Basin and much of the Interior Department’s plan for the Upper Basin focuses on Lake Powell and the Glen Canyon Dam. That includes reducing the amount of water that is released from the reservoir and studying the possibility of modifying the Glen Canyon Dam to allow water to be pumped or released from the lake if the levels drop too low for the current infrastructure to pump or release water.

The actions for the Upper Basin also include investing in system conservation and voluntary agreements.

Following Touton’s ultimatum, the Upper Basin states submitted a letter detailing a five-point plan for water conservation. This did not include any mandatory cuts. Instead it includes actions like consideration of a demand management program and using funding from the federal infrastructure package that passed last year to “accelerate enhanced measurement, monitoring, and reporting infrastructure to improve water management tools.”

Beaudreau said the drought has led to critically low water levels in reservoirs like Lake Mead and Lake Powell.

“The growing drought crisis is driven by the effects of climate change, including extreme heat and low precipitation,” he said.

This can lead to increased wildfire risk and can impact crop yields and disrupt ecosystems, he said.

The Bureau of Reclamation received $8.3 billion from the Bipartisan Infrastructure Law, also known as the Infrastructure Investment and Jobs Act, that Congress passed last year and another $4 billion will be available through the Inflation Reduction Act to address the impacts of drought in the West. President Joe Biden signed the Inflation Reduction Act into law on Tuesday.

“Our strategy which is reflected in today’s actions is premised on two key principles,” Beaudreau  said. “First, we have made progress but also have work ahead in partnerships with all parties to achieve consensus solutions to conserve water and support communities stricken by the drought. Second, we will use every available resource and tool at the federal level to protect the Colorado River system and the critical services it provides to millions of people and countless ecosystems.”