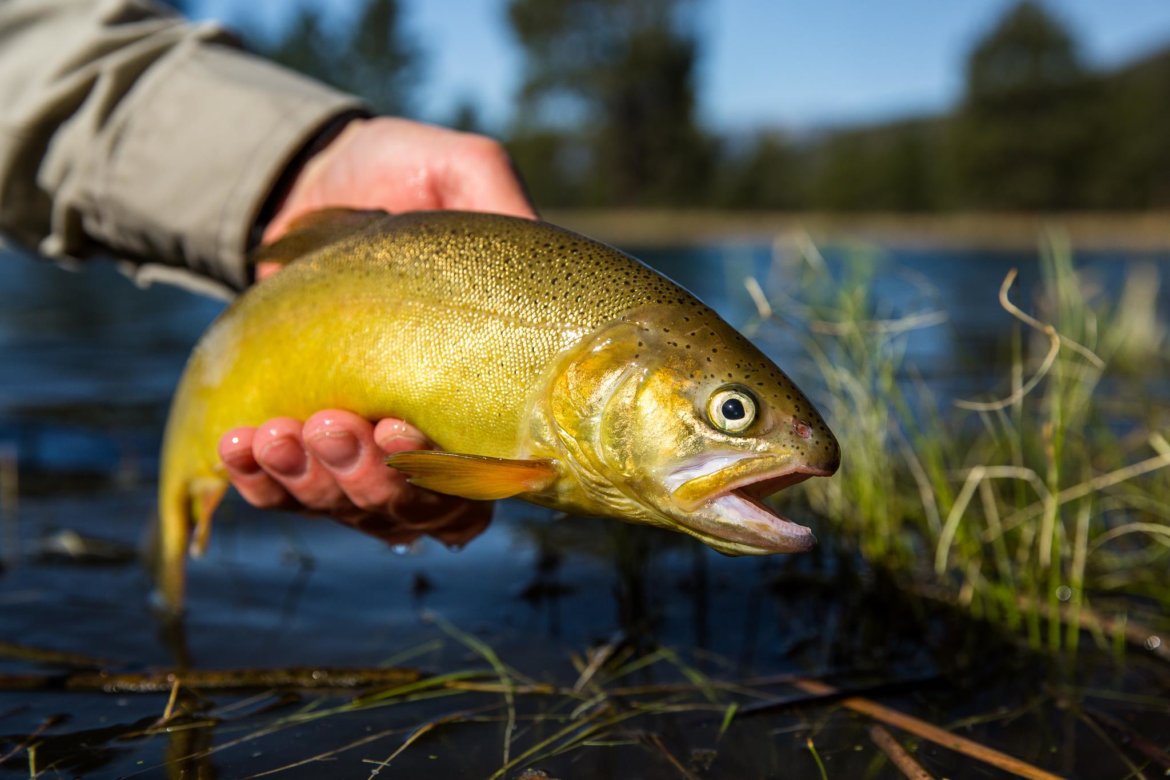 The Gila trout is one of the rarest trout species in the United States.

The U.S. Fish and Wildlife Service released its plan on Wednesday for recovering the Gila trout, which is found in high mountain streams in parts of New Mexico and Arizona.

The plan prioritizes efforts like reintroducing the fish into historical habitats, removing or managing nonnative trout species and captive breeding of the Gila trout at hatcheries.

According to the Fish and Wildlife Service, the Gila trout is one of the rarest trout species in the country. It first was listed as endangered in 1973 when the Endangered Species Act passed, but has been recognized as endangered since 1967. It was later downlisted to threatened in 2006.

While the full historical range of the trout is not known, scientists believe that it lived in cold, mountain streams in Sierra, Catron and Grant counties in New Mexico.

The recovery plan has been revised several times over the years since the Gila trout was first listed in 1973. This one is the fourth revision, with the previously most recent revision occurring in 2003.

According to the plan, the Fish and Wildlife Service hopes to recover the Gila trout by 2032 and these efforts will cost $15.6 million.

Before the fish can be delisted, there must be multiple resilient populations occurring throughout the historical range and the threats it faces—including hybridization with species like the rainbow trout—must be eliminated or abated.

The plan objectives fall into three categories: redundancy, resiliency and representation. Essentially, that means the species must have viable populations living throughout its historical range that meet genetic diversity targets and that the number and size of those populations are sufficient to maintain genetic diversity and allow the fish to persist in the habitats.

There are currently 23 populations of Gila trout that live in approximately 131 miles of stream habitat.

In suitable habitats within the Gila trout range, the plan calls for replacing nonnative trout with Gila trout.

According to the Fish and Wildlife Service press release, recovery plans serve as guidelines but do not require any agency or entity to implement the proposed actions.