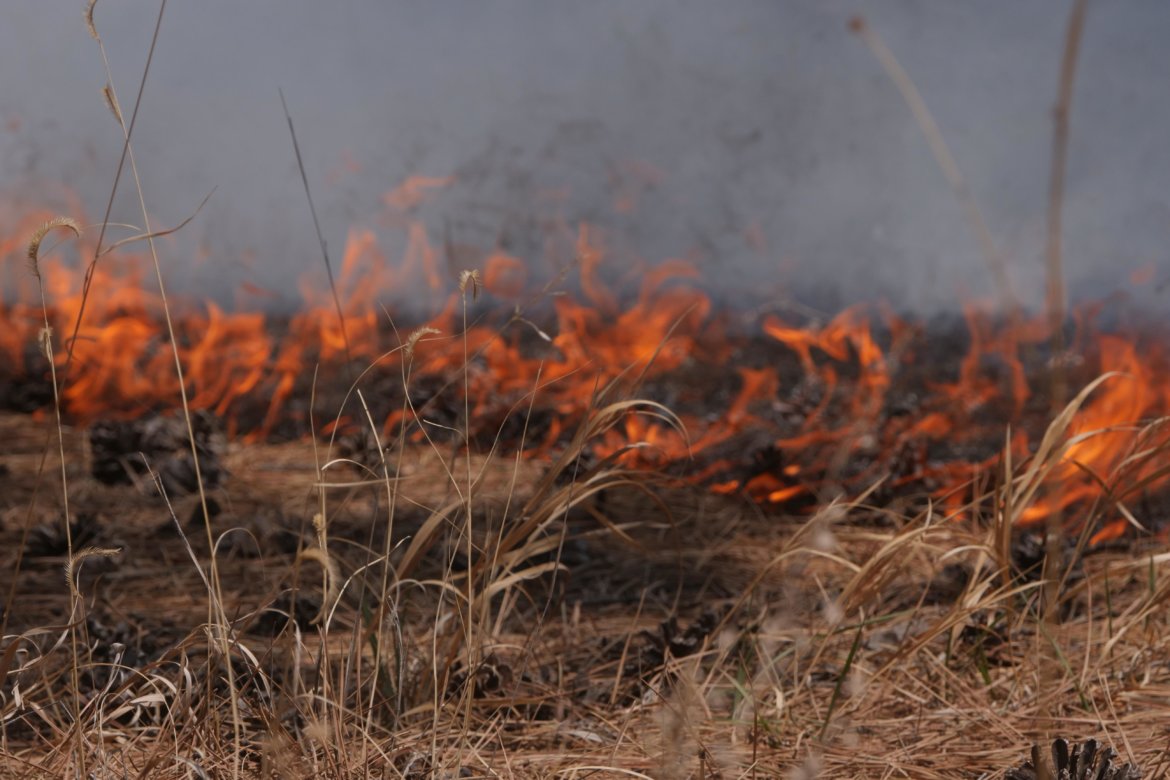 As wildfires spread at sometimes an alarming rate through the western United States, so does the misinformation about fire science and wildfires.

A group of fire scientists have penned an article published this month in the journal Frontiers in Ecology and the Environment highlighting the misinformation about wildfires.

“Misinformation confuses people about the causes, contexts, and impacts of wildfire and substantially hinders society’s ability to proactively adapt to and plan for inevitable future fires,” the authors wrote in the paper.

Gavin Jones, a research ecologist at the U.S. Forest Service’s Rocky Mountain Research Center based in Albuquerque, was the lead author in the paper. He said the main goal was to raise awareness about the issue.

“We didn’t solve all the world’s problems in this paper,” he said. “But our goal was to give readers a healthy skepticism about the information that they consume about wildfires, particularly about what the causes and the consequences of wildfires might be.”

Jones said misinformation is “incorrect or misleading evidence or discourse that counters the best available science or expert consensus on a topic.”

He said it is not necessarily purposeful and people can inadvertently spread misinformation. That sets it apart from disinformation, which is purposeful.

One of the hallmarks of misinformation, Jones said, is that it often contains partial truths. These partial truths create an illusion of legitimacy, he said.

Misinformation has been documented in discussions about COVID-19 as well as in conversations about climate change.

Jones said often when a large fire makes the news, people want to know the answer to what is causing the bigger, hotter fires.

He said the role of past forest management and climate change varies depending on location and ecosystems.

Jones said blaming one or the other is a form of fire misinformation “because it’s an oversimplifying narrative that doesn’t reflect the best available evidence.”

That oversimplification has consequences, he said.

“If the problem is climate change, then there’s very little we can do, if anything, on the ground to stop it,” he said. “It primes you to think that there’s no solution from a management perspective. And then on the other hand, if the problem is past forest management, then it gives us the idea that we have full control over the future of fire. But neither of those are true.”

This misinformation can be spread both by the news media and by social media.

Wildfires have become an increasing threat. The traditional fire season is expanding so that wildfires are burning at times of the year when fires haven’t been common in the past. Wildfires are also charring larger acreages and burning hotter.

The authors wrote that the rapidly changing climate interacts with past land use including fire suppression and that this is transforming both wildfires and ecosystems.

To highlight that point, the authors cited research published last year in the journal Ecological Applications. This research found that suppression of fire has modified the seasonally dry forests in western North America, leading to increased forest density and making them more vulnerable to drought, which is exacerbated by climate change.

The western United States is not the only place where intense fire seasons have destroyed houses, led to evacuations and created a sense of urgency for addressing the causes of wildfire. Australia, Borneo, South America, Africa and Siberia have also experienced devastating wildfires.

The authors point out that the misinformation is not limited to only social media and news media. Even the scientific literature includes misinformation.

This misinformation in scientific literature also played a role in climate change discussions.

Jones said that research has shown climate contrarians, or those who either don’t believe in climate change or who say that it is not caused by human activity, have been presented on an equal footing alongside climate scientists whose work is backed up by the best available evidence.

Jones and his co-authors allude to this in the paper and they write that “creating perceptions of uncertain wildfire science imitates a misinformation tactic employed by climate-change deniers and tobacco-industry proponents, helping ‘false experts’ sow uncertainty.”

Jones said it is important to turn to trusted sources for information about wildfires. These sources are often found in state and federal agencies.

Scientific knowledge is not set in stone. The authors write that it is “an imperfect, self-correcting process, relying on continuous hypothesis, method, and data development.”

“We’re meant to falsify our previous understanding,” Jones said. “That’s one of the beauties of some of the scientific processes. We’re actually always wrong. We just continue to be less wrong through time through continued science and hypothesis testing.”

But, during his career, Jones said he has seen a deepening understanding within the scientific community about why wildfires happen, what causes them and what their consequences are.

The consequences of wildfire can be devastating for communities, from people losing their homes to impacts to watersheds.

He said there isn’t anything necessarily wrong with recognizing those societal costs.

At the same time, fire does play an important role in the ecosystem.

“We also, as a society, have to reckon with the fact that fire is a natural process,”Jones said. “And it’s essential to the forest that we live in, and we recreate in and that we love. Many of these forests over millennia have adapted to fire burning on some type of regular basis, whether it’s frequent or infrequent. There’s a whole span of sort of natural fire regimes in our forests.”

He said fire is an essential component of those ecosystems and has been critical to the ecosystems maintaining their resilience.

“Many tree species, plant species and wildlife species are dependent on fire and in many ways fire provides us with benefits,” he said.

Those benefits, he said, include “more resilient landscapes that ultimately will allow us to persist in them for longer periods of time.”

Jones said he has heard his colleagues sometimes say, “how do you want your smoke?” He said that question refers to if people would rather have large, unpredictable fires or more frequent and less intense fires.

“We cannot live in a world without fire, it’s going to happen. And so the question is, how do we want our smoke? We actually have a choice,” he said.

While humans may be limited in what can be done to address climate change, Jones said there are fire management policies that can be implemented that can control or alter how fires burn and how often “we see smoke.”

“What we’re seeing now with these big pulses of unpredictable fires that burn across large areas,” he said. “I don’t think we like that. I would argue many of us do not like that. And it creates serious health problems, serious risks to our society. And so what I’d like folks to think about is how do we want our smoke in a fire prone world where it’s unavoidable.”

He said right now the status quo involves letting nature take its way and often that has negative consequences.

“By not doing those things at all, in many cases, we’re putting the whole forest at risk of loss, including those big old trees,” Jones said.

He said the goal of those forest management practices is to “create a condition so we can get fire back out on the landscape in a healthy way.”

He said good, reliable information is needed to make informed decisions and misinformation breaks that link.

Ultimately, Jones said he wants people to be aware that fire misinformation is out there and appears to be on the rise.

“Develop that healthy skepticism and when you think you hear something that doesn’t quite make sense, reach out to trusted sources, reliable sources,” he said. “Oftentimes, those are state agencies and other federal agencies who have compiled good information.”