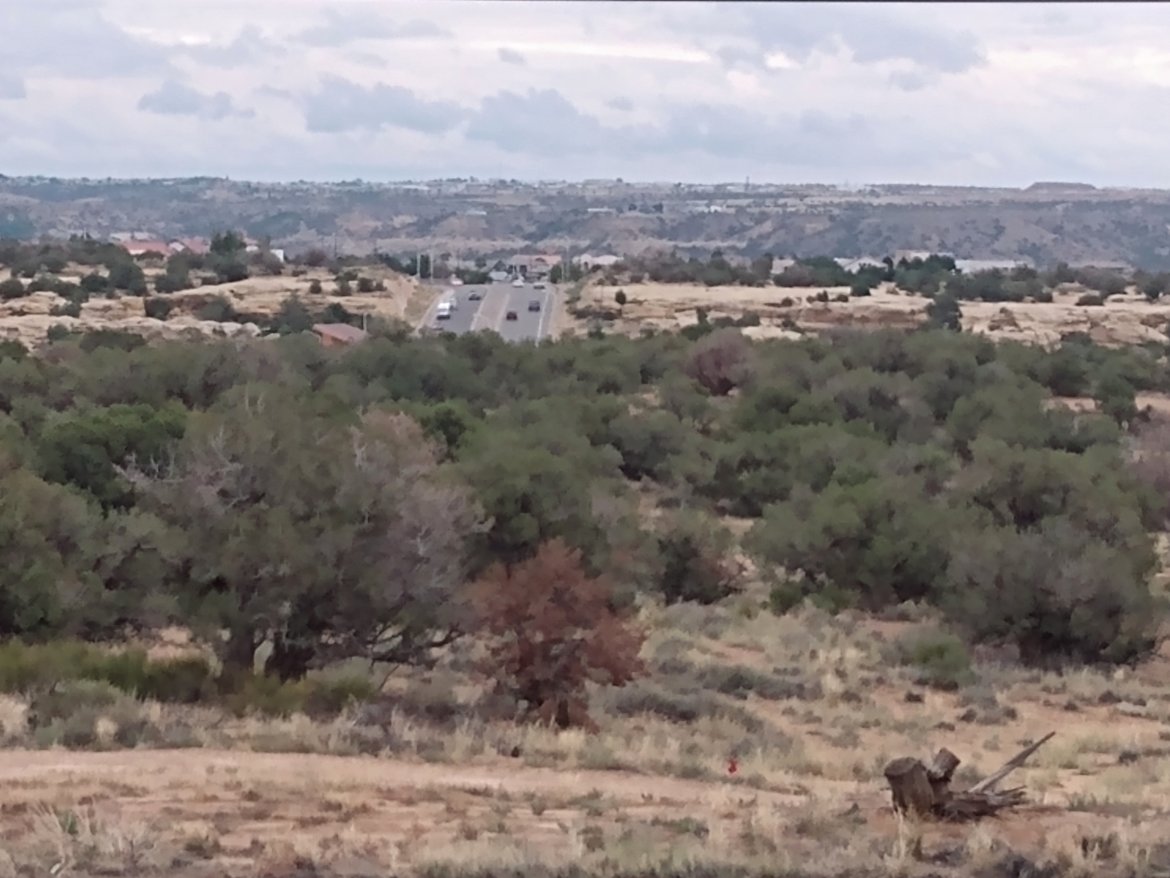 The air quality group consists of state agencies from Colorado, Utah and New Mexico as well as federal and tribal agencies working together to address air quality in the Four Corners region.

This group started more than 15 years ago. At the time, the area was on the verge of violating federal ozone standards, Michael Baca of the New Mexico Environment Department Air Quality Bureau said. He said the air quality has improved, but ozone levels remain a challenge and federal standards have become more strict.

“We have a tremendous task ahead of us to address the climate challenge,” Claudia Borchert, climate change policy coordinator for NMED, said.

Borchert highlighted the state’s efforts to address emissions including the Energy Transition Act, the natural gas waste rule and the ozone precursor rules.

DuBois provided statistics focused on the northwest corner of the state. Since 1970, the area has warmed on an average rate of 0.6 degrees Fahrenheit per decade.

At the same time, the southwest United States has been gripped by drought for more than 20 years.

While the drought isn’t as dry as past droughts, DuBois said the warmer temperatures exacerbate the conditions.

“Drought is more complex than just lack of water,” he said.

DuBois said dry soil and increased evaporation means less water is available even when it does rain.

DuBois said temperatures will continue to increase and there will be more heat waves in the future.

Climate change has impacts on human health. Heat waves lead to increased temperature-related health conditions such as heat stroke. Wildfires produce smoke that can cause respiratory distress and the burn scars can threaten drinking water supplies.

But those aren’t the only human health impacts.

DuBois said a longer growing season also means an uptick in allergies and there are concerns about conditions like valley fever, which is caused by a fungus found in dust, increasing under future climate conditions.

Communities need to take steps to prepare for those health risks, DuBois said. He gave the example of setting up cooling stations to help at-risk people during heat waves.

And it’s not just human health that is at risk. Forest health can also deteriorate as warming temperatures and drought stress trees.

Anita Rose, an air program manager and climate change coordinator for the U.S. Forest Service, spoke about mitigation and adaptation strategies that the federal agency is implementing in light of climate change. She also spoke about the future impacts of climate change, including growing deserts and shrinking of subalpine and montane forests.

Rose said climate change can impact the forests in multiple ways including outbreaks of insects, drought and increased wildfire.

As an example of an adaptation method, Rose said the Forest Service came out with a 10-year wildfire crisis strategy this year. This plan calls for what the Forest Service calls treatments to reduce fire risk. That can include prescribed burns as well as mechanical thinning.

“The wildfire crisis is not simply because of climate change, it’s a much more complex issue than that. But certainly climate change has made it worse,” she said.