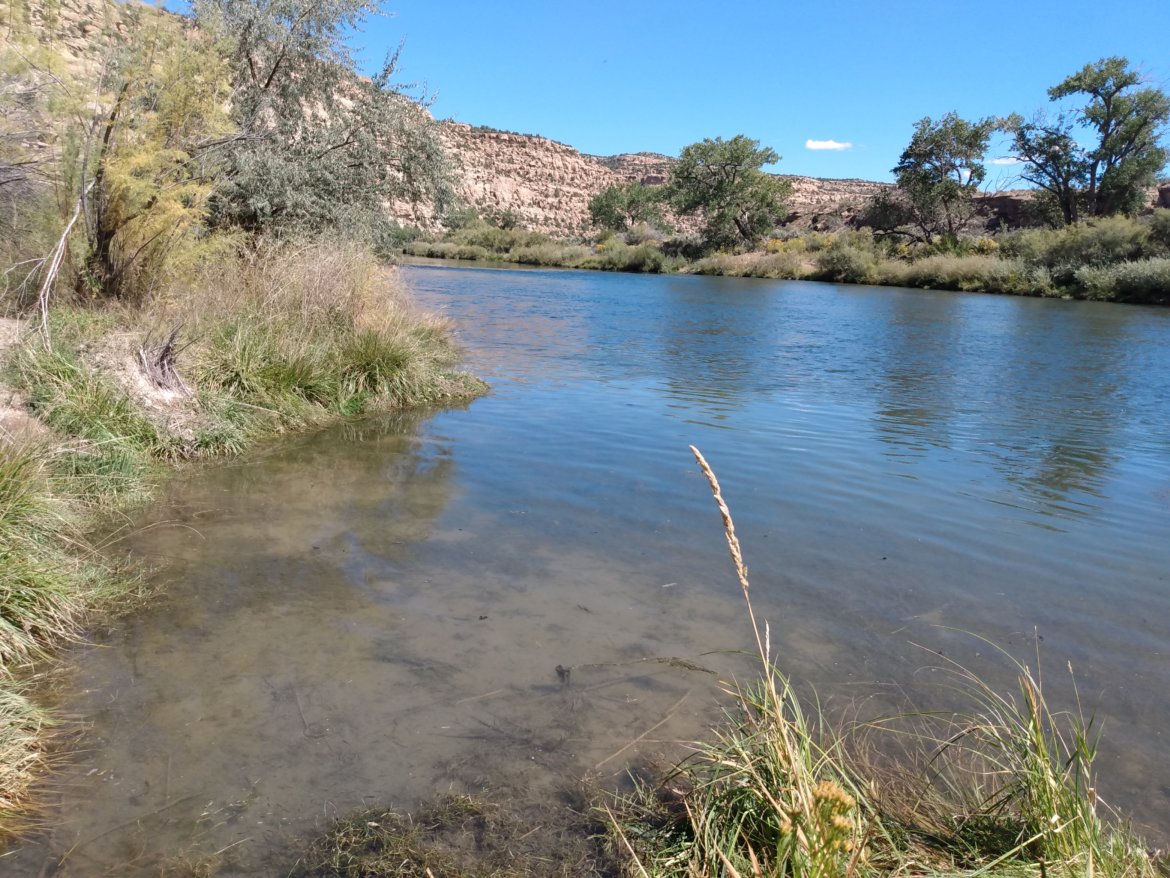 The San Juan River, a tributary of the Colorado River, is pictured downstream of Navajo Reservoir in New Mexico.

Democratic members of Congress from New Mexico and Colorado sent a letter to the U.S. Bureau of Reclamation urging the agency to prioritize funding for long-term solutions to the Colorado River Basin water crisis.

This comes as the Bureau has $4 billion in funding allocated by the Inflation Reduction Act to address drought in the west.

“The [Colorado] River is the lifeblood of the American Southwest, with nearly 40 million people reliant on the water resources across seven states and 30 Tribes,” the letter states.

The lawmakers urged the Bureau to direct resources through state governments, local governments, Tribes and public entities like the Upper Colorado River Commission. The letter further states that the funds should be deployed through competitive programs that are designed to prevent price gouging.

Additionally, the federal lawmakers wrote that resources should focus on permanent solutions for the Colorado River, which is facing declining reservoir levels.

In June, Bureau of Reclamation Commissioner Camille Calimlim Touton said that the seven states that rely on the Colorado River needed to cut usage by two to four million acre feet and she said the Bureau could take unilateral action if the state’s failed to develop a plan to meet that goal by mid-August. When the states did not reach an agreement, though, the Bureau did not implement drastic cuts.

“In the middle of a 22-year drought with a hotter, drier future on the horizon, it is imperative for the BOR to focus efforts on a long-term strategy that includes funding opportunities for projects on both a temporary and long-term timeline,” the lawmakers wrote in the letter this week. “However, no matter the timeframe of a project, the BOR needs to fund efforts that provide real, meaningful long-term reductions in water use from the River.”

They further stated that measurements of water loss need to be consistent. Currently, a different method is used to measure water usage in the Upper Basin than in the Lower Basin. Six of the seven states have asked the Bureau to develop a system-wide method for accounting for water loss.

Finally, the letter requests that the Bureau look for “new or innovative methods for reducing water use.”