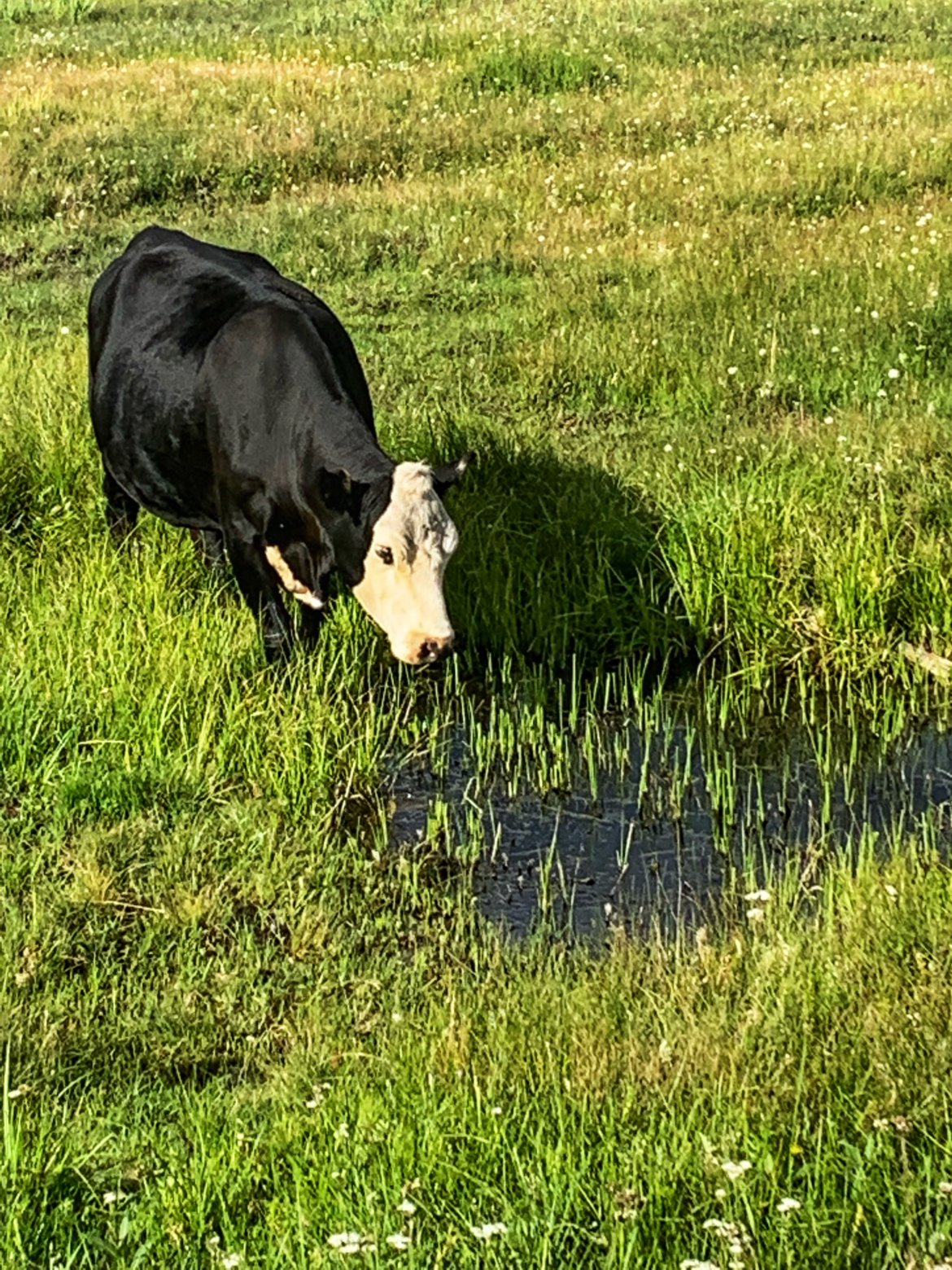 More than a hundred cattle are currently grazing illegally in the Valles Caldera National Preserve in the Jemez Mountains. Environmental advocacy groups say three federal agencies must take steps to remove those cows and prevent them from returning.

WildEarth Guardians, Western Watersheds Project and Caldera Action filed a notice of intent to sue the National Park Service, U.S. Forest Service and U.S. Fish and Wildlife Service, alleging that the agencies have failed to protect endangered species from the impacts of the cattle. They say the illegal cattle grazing has been documented going back to at least 2017.

“Livestock trampling riparian areas of these protected lands has gone on far too long with federal land managers doing too little to stop it,” Cyndi Tuell, Arizona and New Mexico director of Western Watersheds Project, said in a press release. “It’s frustrating that the Park Service is breaking its promise to New Mexicans to protect the natural resources in Valles Caldera and has let this situation fester for more than five years. Species on the brink of extinction like the Jemez Mountain salamander need swift action, not agency foot-dragging.”

The cattle come onto the meadows in the Valles Caldera from nearby grazing allotments in the Santa Fe National Forest. The four allotments identified in the filing have multiple permittees that graze cattle on them. They include the Youngsville, Coyote, Mesa del Medio and Cebolla-San Antonio allotments.

Valles Caldera National Preserve was established in 2000 after the government purchased the land from a private landowner. The legislation creating the preserve allowed for continued grazing in a manner managed to protect the resources.

“We worked for years with others to get the Valles Caldera into the National Park System because the Park Service has the highest standards of land protection of any federal agency,” Tom Ribe, executive director of Caldera Action, said in a press release. “We trusted they would protect the Caldera from all sorts of possible damage. They closed the majority of the Preserve to cattle grazing but then looked the other way while cows flooded in across vandalized and damaged fences. We have no idea why the management doesn’t respond to this blatant trespass. It is not consistent with Park Service policies.”

There are two areas within the national preserve where grazing can legally occur. These areas are fenced and have stock tanks. The number of cattle allowed within the two grazing areas varies from 67 to 273 animal units per month depending on forage availability. An animal unit is defined as a cow and her calf.

At least three endangered species could be harmed by the cattle, the groups say. Those include the Jemez mountain salamander, the meadow jumping mouse and the Mexican spotted owl. The cattle could harm those species by disturbing the riparian habitat, including through increased erosion and the clearing of vegetation through grazing.

One way that the cattle could be kept out of the preserve is by reconstructing the fence that is in some places more than 100 years old, Madeleine Carey, the southwest conservation manager for WildEarth Guardians, told NM Political Report.

“There’s been some attempts on and off over the years to repair sections but we would like to see the entire fence be rebuilt,” she said.

Because there have been reports of a permittee cutting the fence, Carey said it should be replaced with a pipe and cable fence that is harder to cut.

When the grazing season began in May, volunteers with the advocacy groups visited the northern boundary fence that separates the preserve from the national forest lands. According to a press release, much of the fence was laying on the ground and some portions had been cut.

The groups state that vandalism, trees falling and the aging condition of the fence allow the cattle to access the preserve despite the park service’s efforts to replace miles of fence.

Replacing it with pipe and cable would be an expensive undertaking, Carey acknowledged. She said it could cost $2 million to $3 million for just the northern boundary fence.

Additionally, she said the terrain makes building fences challenging. There are some areas that can only be accessed on foot. Horses aren’t even an option for those areas because of the terrain and what Carey described as an incredibly dense, high-altitude conifer forest.

Another option is for the federal agencies to roundup the cattle and hold them in pens at the owners’ expense, Carey said.

She said both methods will likely be needed to address the problem.

The roundup would accomplish what she said the advocacy groups are primarily focused on: getting the cattle out of the creeks and meadows.

When the cattle graze in the riparian areas, they can cause the banks to collapse, Carey said. Cattle cause channelization and soil compaction, she said.

When these things occur, the riparian area loses some of its functionality and, at the same time, water quality degrades, Carey said.

The degrading water quality is only made worse by the loss of vegetation that would shade the creeks. Carey said without that shade the water temperature increases, which can impact cold-water fish.

She said anglers, hunters, hikers, wildlife advocates and bicyclists have all complained about the cattle.

Carey said the most frustrating thing for her is that it feels like there is one public land user that is abusing their legitimate grazing rights and that it’s diminishing everyone else’s experience.

Carey said the federal agencies’ leadership capacity allows them to deal with complex public lands issues such as illegal grazing.

“We’re looking for the park service to have a backbone on this,” she said.

In recent years, illegal grazing on public lands has received national attention largely due to the Bundys, a family of ranchers in Nevada who engaged in an armed standoff with federal law enforcement in 2014 after refusing to pay to graze their cattle on public lands. Ammon Bundy also led a 41-day occupation of a wildlife refuge in Oregon.

Carey said agency leadership is important in light of those actions and that early enforcement may help prevent issues from escalating.

“Absent agency leadership around what they expect out of their permittees when it comes to livestock management, we live in a culture of lawlessness on public lands, which is unacceptable,” she said.

Carey said the groups are wanting the National Park Service to take the lead on initiatives to address the illegal grazing, however the Forest Service was included in the notice of intent to sue because the allotments where the cattle are supposed to graze are on Forest Service lands. She said the Fish and Wildlife Service is tasked with protecting endangered species, which is why that agency was included.

She said the federal agencies have tried to work with the permittee, but the rancher has been largely uncooperative.

“It’s been tense for many years,” she said.

The New Mexico Livestock Board has also had discussions about fencing and trespass cattle.