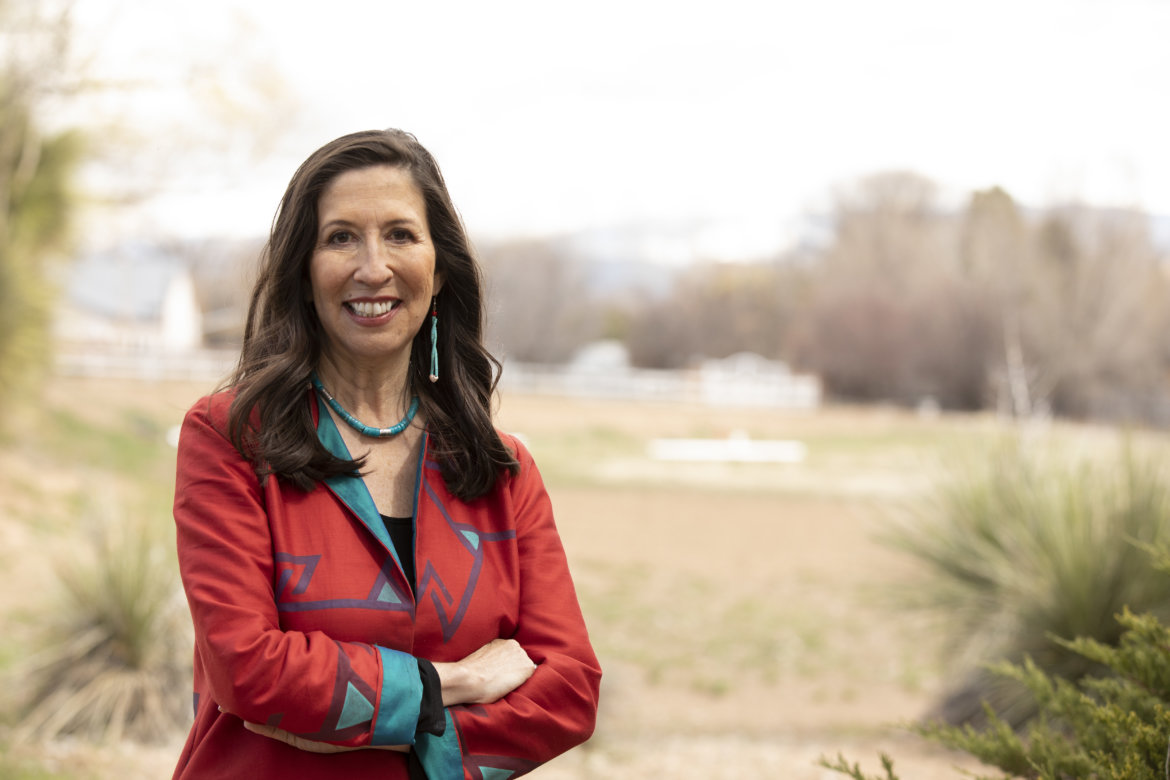 Leger Fernández took the stage around 9:10 p.m. for her victory speech. The Associated Press called the race at 8:51 p.m.

In 2020, Leger Fernández won 59 percent of the votes compared to Martinez Johnson’s 41 percent. However, redistricting brought more conservative areas into the district, including parts of Eddy, Lea and Chaves counties.

At about 9:30 p.m., unofficial results showed Leger Fernández leading with 55 percent of the votes.

The influx of more conservative voters narrowed the margin, but it was not enough for Martinez Johnson to defeat the Democratic incumbent, according to unofficial results.

Leger Fernández said her campaign focused on love and she said that when people showed up to vote, no matter how they voted, they showed their love for democracy.

Leger Fernández also spoke about the Hermits Peak/Calf Canyon Fire, which was started by the U.S. Forest Service. She said the federal government took responsibility for it and provided $2.5 billion to rebuild.

She also spoke about her efforts to keep a veteran’s health care clinic open and to work to increase access to clean water.

Leger Fernández said her to-do list includes addressing inflation and increasing manufacturing not only in the United States but also in New Mexico.

She spoke of creating an innovation hub that would take advantage of assets like the national laboratories in New Mexico.

Another goal she spoke of is increasing access to health care. She said in parts of her district people have to drive more than an hour to get to the doctor. Leger Fernández said she wants to see increased investment in educating medical professionals.

“We are going to grow our own,” she said.

Martinez Johnson spent most of Election Day in Roswell, where she grew up. She currently lives in Santa Fe County.

Over the course of the day, she posted various videos to social media encouraging people to vote.

In one video outside of Goddard High School, she spoke about her priorities of strengthening the economy, reducing the price of gasoline and making “sure that we put a check on all that fentanyl that is coming across the border.”

Leger Fernández told NM Political Report that she loved campaigning in the new parts of her district.

She said the Roswell airport has amazing economic development potential and she said the mayor of Hobbs has ambitious plans for building a state of the art mental and behavioral health facility.

“I’m looking forward to being a partner to that,” she said.