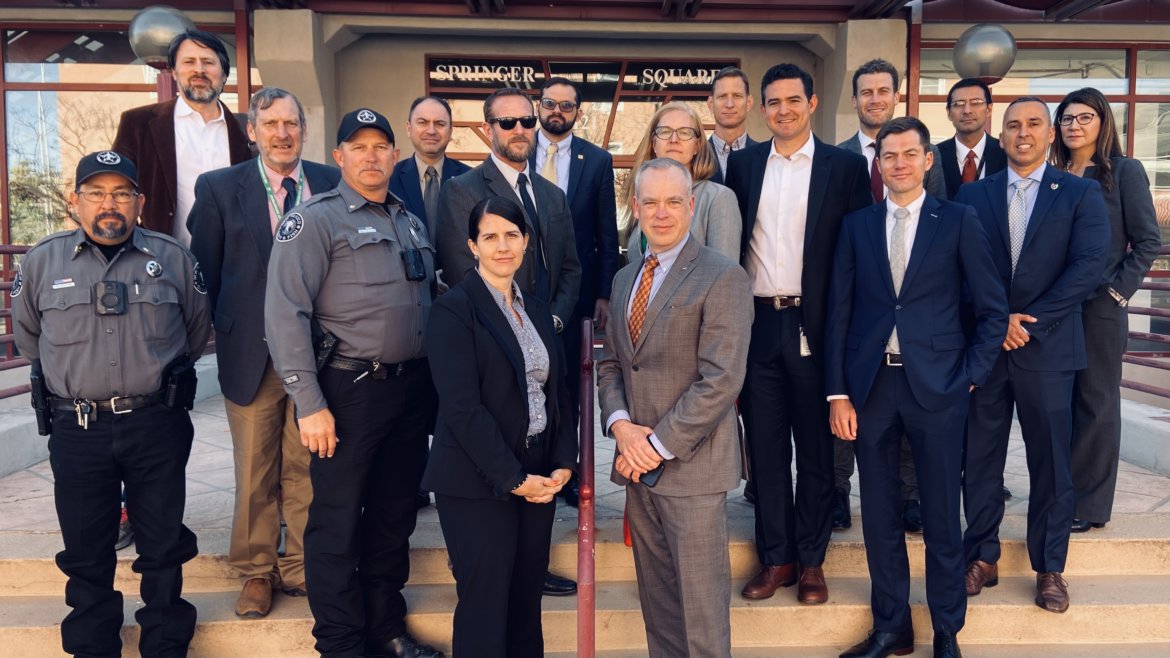 The head of the New Mexico Environment Department says a new environmental crimes task force will help the state better leverage resources to go after people who are polluting the environment and placing communities at risk.

Kenney said he was familiar with environmental crimes task forces from his time in the U.S. Environmental Protection Agency. He said the EPA partners with several other states on such task forces.

After more than a year of working with federal, tribal  and state partners, NMED announced the creation of New Mexico’s first environmental crimes task force on Nov. 9.

“This task force is being created to curb environmental crime in the state of New Mexico and neighboring tribal territories,” Kim Bahney, Special Agent in Charge of EPA’s Criminal Investigation Division for the Southwest Area Branch, said in a press release. “Public health and the environment should not suffer at the hands of deliberate polluters.”

This task force will help New Mexico bring criminal charges against people who put communities at risk rather than just issuing civil penalties.

How common environmental crimes are in New Mexico is still, at least partially, unknown.

“You won’t find what you’re not looking for,” Kenney said.

He said there are environmental crimes happening nationwide and being prosecuted, however New Mexico has not been organized or looking for them.

These agencies can work together to protect the communities.

Kenney gave the example of produced water disposal. Produced water is a byproduct of oil and gas extraction. At times it is placed in evaporation or retention ponds that could appear attractive to water birds.

Kenney said if inspectors from agencies like NMED or EMNRD noticed dead birds near a produced water facility they could alert agencies like the state’s Department of Game and Fish or the U.S. Fish and Wildlife Service.

The task force will have regular meetings where it will review cases. These cases can also come from complaints made by the public.

“Low-income communities and communities of color have disproportionately borne the burden of environmental crime,” Alexander M.M. Uballez, United States Attorney for the District of New Mexico, said in a press release. “Through the Environmental Crimes Task Force, we will bring fair treatment and meaningful involvement of underserved communities that have been historically marginalized and overburdened by systemic environmental violations, pollution, climate change and abuse of natural resources.”

Kenney said the impacts of environmental crimes can be localized—such as illegal and improper removal of asbestos from a school—or they can impact large communities like Flint, Michigan, where inadequate testing and treatment of water resulted in health problems including elevated levels of lead in children’s blood.

“The consequences of environmental crimes can be small or large, but they often affect public health and the environment,” Kenney said.

Kenney said the task force will also look at why the crimes occurred.

In 2016, NMED discovered operators at a water utility in northwest New Mexico were falsifying water quality test results. This resulted in a boil water advisory that lasted for more than a year in one community east of Bloomfield.

Kenney said in a case like that the investigation would look at whether the operator was told to falsify the reports by the company owners.

In many cases, Kenney said the agency investigators are the ones who discover environmental crimes.

“They’re the eyes and ears of what’s happening in the community,” he said.

However, public complaints and tips can also lead to prosecutions.

Kenney said the lack of funding from the state has made it challenging for NMED to hold people accountable and to make sure companies come into compliance with regulations and pay penalties that have been assessed.

The task force doesn’t solve all the problems associated with the underfunding, but it does give additional leverage and resources to hold people accountable for environmental crimes, he said.

By bringing together the prosecutory and investigatory sides, Kenney said there will be stronger cases with more successful resolutions.

People can submit tips about environmental crimes online at echo.epa.gov/report-environmental-violations or at env.nm.gov/general/report-an-environmental-issue-or-incident.

Land Commissioner Stephanie Garcia Richard said in a press release that she has prioritized protection of natural resources. She said that her agency’s accountability and enforcement program has led to companies coming into compliance with environmental regulations.

“Many companies do the right thing, but when companies don’t and they break the law there should be consequences for those actions,” she said.