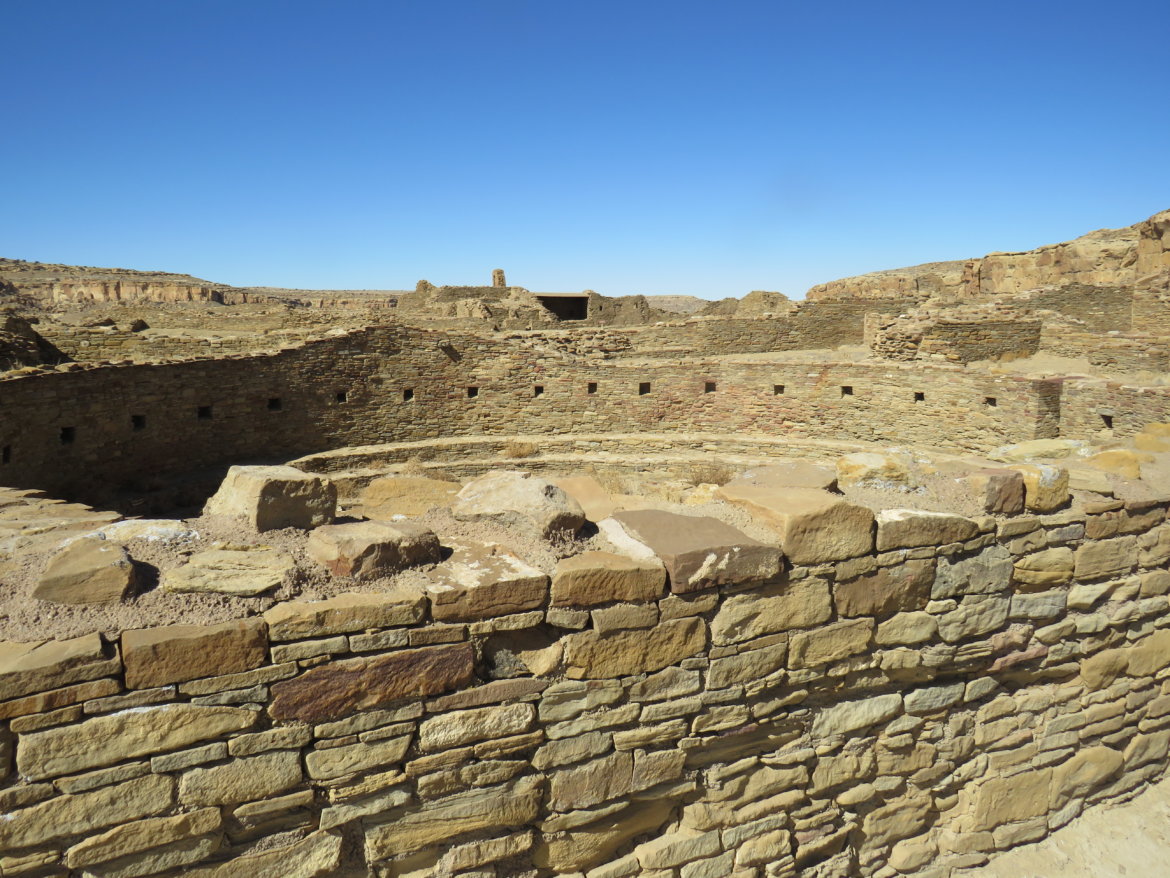 Democratic members of the New Mexico congressional delegation once again introduced legislation today that would permanently remove areas surrounding Chaco Culture National Historical Park from the federal mineral leasing program. This would prevent new oil and gas leases as well as coal and uranium mining on federal lands in the 10-mile buffer zone around the park.

The proposal comes as the U.S. Bureau of Land Management’s Farmington Field Office is accepting comments on a 20-year moratorium on leasing in that area.

Unlike Luján’s proposal, the withdrawal of federal lands around Chaco from the mineral leasing program is a temporary measure.

In a press release, U.S. Sen. Ben Ray Luján said that protecting Chaco Canyon has been one of his top priorities.

The legislation has previously passed the U.S. House of Representatives.

“My team and I have continued meeting with all rights holders and local groups and listening to the surrounding communities impacted,” he said. “With such important historical and cultural significance, my legislation ensures the Greater Chaco Region will be permanently protected and preserved for generations to come.”

The ancient buildings, including kivas and great houses at Chaco Canyon, were constructed by the ancestral Puebloan people. The canyon is also considered sacred to the Navajo, or Diné, people and the Hopi people, who are also descendants of the past Chaco inhabitants.

Indigenous groups have been pushing for increased protections for the sacred site.

While oil and gas development is not allowed in Chaco Culture National Historical Park, nearby extraction can impact the park through emissions and light pollution. Additionally, not all of the archaeological sites associated with Chaco Canyon are within the park boundaries. Even the withdrawal does not encompass all of the outlying sites. However, nine outlying sites located on federal lands are within the withdrawal area and two others could benefit from being near the withdrawn area.

“Chaco Canyon and the significant structures and sacred landscape spreading throughout the Greater Chaco Region have existed for thousands of years,” Mark Mitchell, the chairman of the All Pueblo Council of Governors, said in a statement. “The Great Houses and Kivas serve as an example to the world of the vast traditional knowledge Indigenous peoples held in the past and currently maintain in the present. Those structures are the footprints of our ancestors, and they continue to keep us grounded in who we are today.”

The All Pueblo Council of Governors have pushed for protections of the landscape around Chaco.

Mitchell said the legislation provides an opportunity for the Pueblos to “maintain our traditions, languages and cultures.”