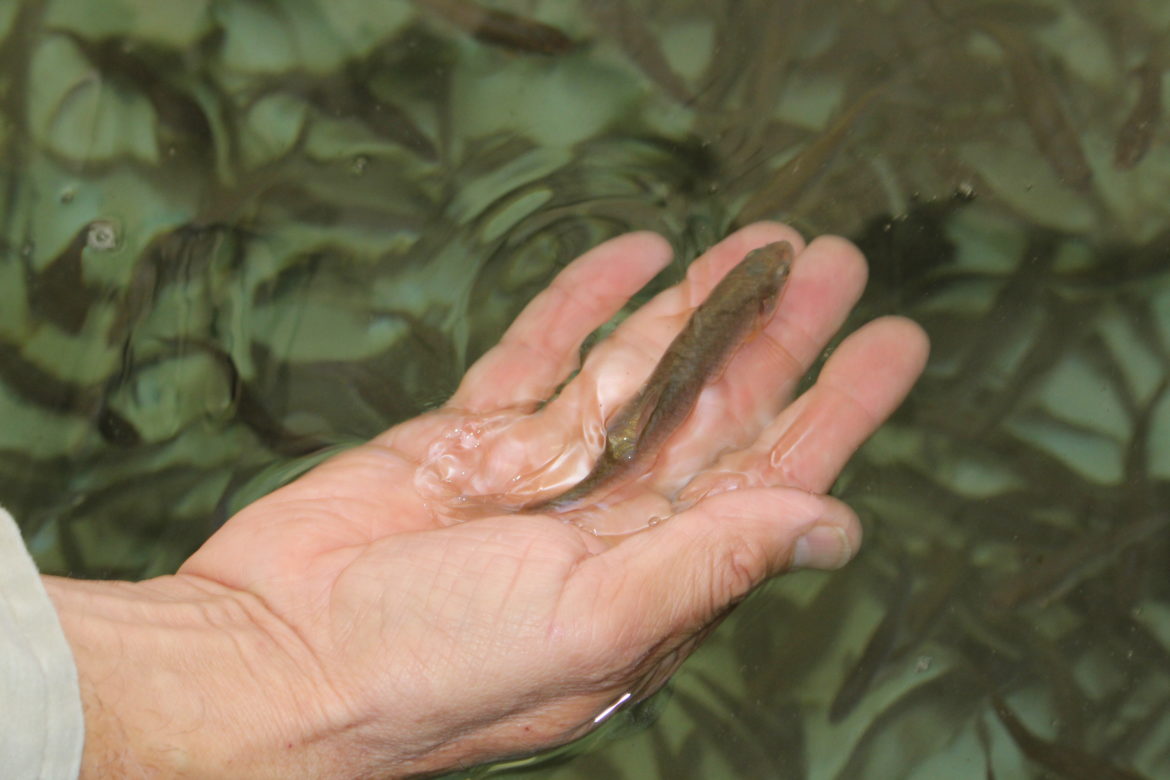 New Mexico is at a critical juncture for biological diversity of native fish species, according to Daniel Timmons, the wild rivers program director for the advocacy group WildEarth Guardians.

Timmons said it is not unrealistic to think that the Rio Grande silvery minnow could go extinct in the next few years.

WildEarth Guardians filed a lawsuit against the U.S. Bureau of Reclamation and the U.S. Fish and Wildlife Service on Wednesday alleging that the way water is managed in the Rio Grande needs to be reevaluated to prevent the silvery minnow from going extinct.

In 2016, the U.S. Fish and Wildlife Service, in consultation with the U.S. Bureau of Reclamation, issued a biological opinion.

While the biological opinion acknowledged the impact water operations in the Middle Rio Grande have on the fish population, it concluded that the Bureau’s water management activities won’t jeopardize endangered species like the silvery minnow or adversely modify their critical habitat.

WildEarth Guardians disagrees with this assessment, which the suit alleges “rests entirely on implementation of a series of vague, uncertain, and unenforceable conservation measures” and fails to consider climate change impacts.

“Ultimately, to fully recover that species it’s going to take sort of all hands on deck,” Timmons said.

He said that will include habitat restoration and water management practices that ensure there’s water in the river for the fish.

The silvery minnow is the last of five minnow species that once called the Rio Grande home and relied on the currents to disperse their eggs.

Using the currents to move the eggs downstream had its advantages for the five minnows, but then dams and diversions prevented the fish from moving upstream to spawning habitats.

That meant the eggs were being carried downstream but the minnows were unable to go up the river.

The other four species are no longer found in the river and now the Rio Grande silvery minnow is considered one of the most endangered fish species in the country.

It is found in a 174-mile stretch of the Rio Grande that is fragmented by four diversion dam structures—the Cochiti, Angostura, Isleta and San Acacia diversion dams. These structures form physical barriers that the fish would have to cross to move upstream.

Timmons said in addition to increasing the ability of the silvery minnow to migrate upstream, water management practices should be modified to prevent or reduce the drying of the Rio Grande.

He said the river drying patterns are not new, but are getting worse because of climate change.

The spring snowmelt triggers the spawning by raising water levels and changing the temperature of the Rio Grande.

Timmons said the federal agencies are not taking into account the impacts of climate change and aridification as they plan operations at the dams and diversions.

The Rio Grande silvery minnow is not the only species that is on the endangered species list that would benefit from habitat restoration and better river management practices, according to WildEarth Guardians.

The lawsuit also highlights the southwest willow flycatcher and the yellow-billed cuckoo, which have lost habitat amid water diversions, development and channelization.

Timmons said the federal agencies are not doing enough to recover those species; however, the birds are not facing the dire situation that the Rio Grande silvery minnow is.

He said WildEarth Guardians does not think of the lawsuit as a “silver bullet” that will save the species. Instead, he described it as a piece of the puzzle.

The federal agencies did not comment on the litigation.