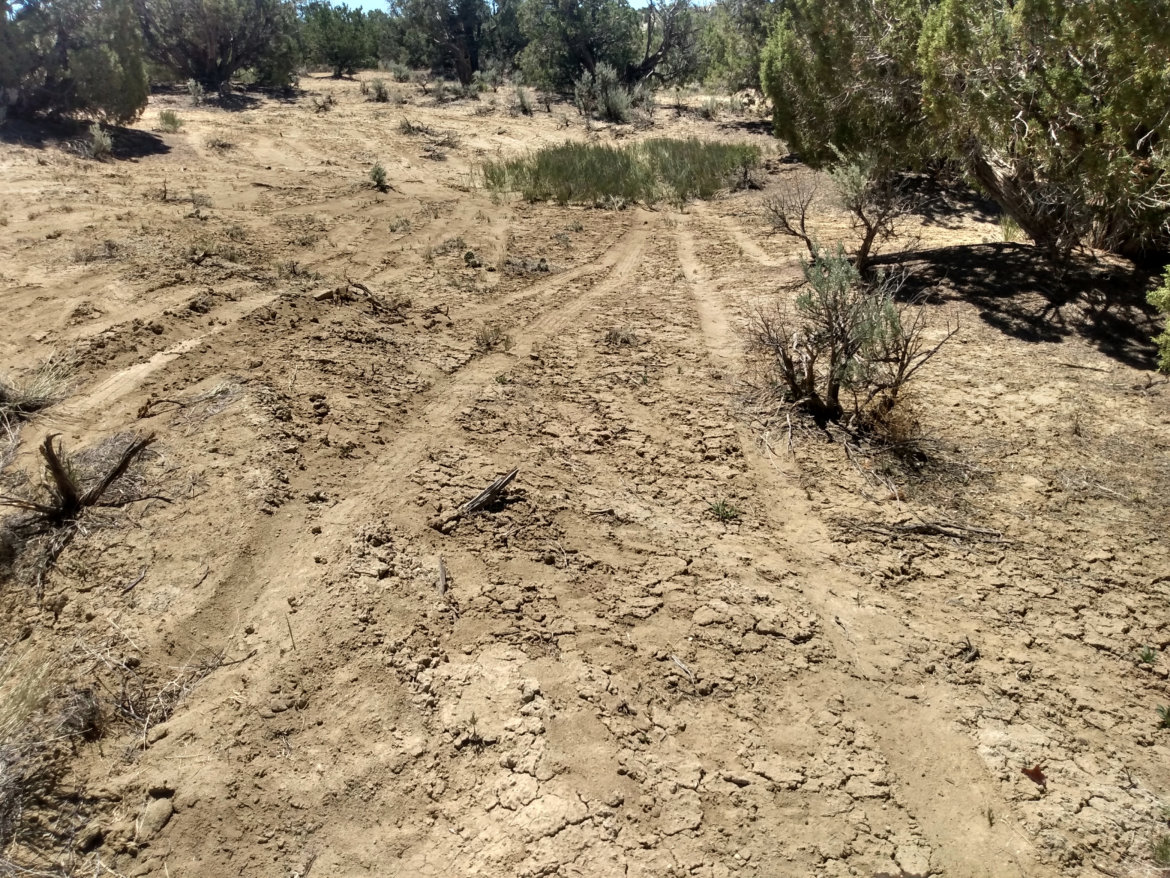 Tire tracks are seen in an area where an OHV driver left an established route in Aztec.

A scene not seen since the 1980s shocked New Mexicans in the Rio Grande Valley this summer—the river was running dry in the Albuquerque area.

It’s not uncommon for the Rio Grande to dry up downstream, but water management practices changed since the 1980s to prevent it from drying up in the Albuquerque area.

In light of climate change, water management practices may have to change once more to keep water in the Rio Grande and WildEarth Guardians says if those changes don’t occur the endangered Rio Grande silvery minnow could disappear.

The Middle Rio Grande Conservancy District, which oversees irrigation in the valley, issued a notice to its customers—water deliveries would likely stop.

The only people who would be able to draw water from the Rio Grande would be the Pueblos. This is because the Pueblos have the oldest claim to the water—known as prior and paramount.

The rains allowed irrigation to continue, though the MRGCD warned irrigators that once the storms stopped, deliveries would stop as well.

The reasons behind the drying river are complicated.

On the one hand, climate change is leading to increasing aridification and is changing the water cycle in New Mexico. While once spring runoff fed the river and kept it flowing, snowpack is reducing and the dry soils take up more of the water. Runoff is occurring earlier in the year due to climate change. Scientists say the atmosphere is also thirstier, meaning that more water evaporates. Climate change also means the southwest is more likely to receive moisture during monsoons.

But drought and climate change were not the only factors leading to the river drying up.

MRGCD is warning people that similar conditions could be seen next year and, if the monsoons don’t come, irrigators could find themselves in dire conditions.

The Rio Grande’s story is not unique.

Across the West, river levels are creating challenges.

The Colorado River has been called the lifeblood of the southwest. It provides water to major cities including Phoenix and Las Vegas as well as Albuquerque.

There are two major reservoirs that water managers focus on when talking about the Colorado River—Lake Powell and Lake Mead. Both have dropped to historically low levels. If water levels decline much further, the dams will no longer be able to generate electricity.

Upstream reservoirs, such as Navajo Lake in New Mexico, have been used to prop up the levels in Lake Powell. But even those reservoirs are low.

The U.S. Department of the Interior announced actions to curb the falling water levels in Lake Powell and Lake Mead, but those actions weren’t as strong as some of the states had feared. During the summer, the U.S. Bureau of Reclamation Commissioner Camille Calimlim Touton told the Colorado River Basin states to come up with a plan to cut two-to-four million acre feet of water usage or else the federal government would intervene. The states failed to do so, but the federal government’s announcement did not lead to those drastic cuts that Touton had urged the states to make. New Mexico did not see any cuts as a result of the actions.

That doesn’t mean drastic cuts have been avoided.