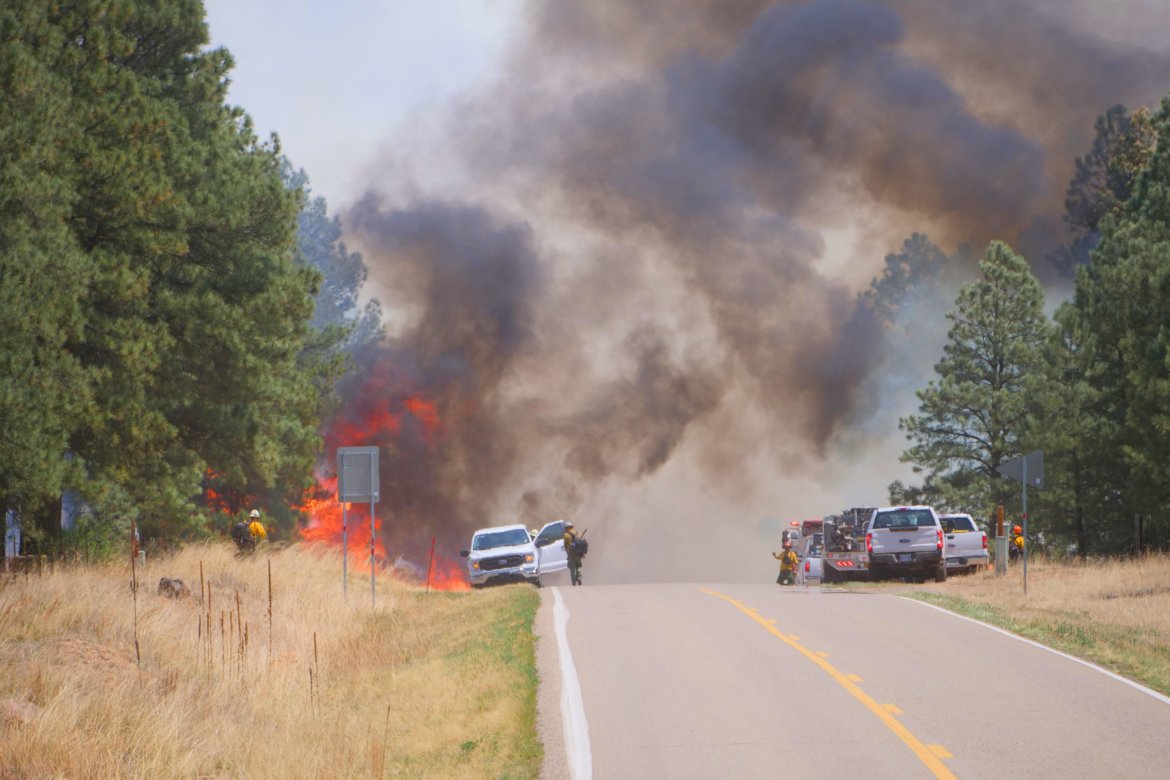 With questions remaining surrounding allocation of federal assistance, the communities impacted by the largest wildfire in state history are asking the legislature for $100 million to replace and repair infrastructure destroyed or damaged by the blaze.

This funding would come in the form of zero-interest reimbursable loans.

The bill received unanimous support from the Senate Conservation Committee and now heads to the Senate Finance Committee.

“The resources by (the Federal Emergency Management Agency) are slow in coming,” Campos said.

Castellano highlighted some of the damage while talking to the committee, including culverts ripped out of the ground and acequias that have been destroyed.

“With the runoff and stuff that’s coming down in the spring, we need to get these back in order and we cannot wait for the money from FEMA,” he said.

Sanchez called the devastation tremendous and said “we’ve got to do everything we can as a state to help this area.”

“Fire and catastrophic fire have become an all too common of an occurrence in New Mexico,” Griggs said. “Citizens have lost their lives and millions of dollars of property, both public and private, have been reduced to ashes. People all across the state were impacted. Too many of these fires started because a prescribed burn got out of control.”

He said SB 21 could reduce the chance of prescribed burns getting out of control. Griggs said the windiest months of the year tend to be March, April and May.

The state Energy, Minerals and Natural Resources Division, which oversees the state forestry division, expressed concern about the implications of a blanket ban and further stated that some of the provisions, such as including tribal lands in the ban, were outside of the Forestry Department’s scope.

These concerns were echoed by the State Land Office.

The New Mexico Attorney General’s Office warned that such legislation that would prevent the federal government from doing prescribed burns on federally-managed lands would likely result in a legal battle, citing the Supremacy Clause in the U.S. Constitution.

“It should never happen again,” she said.

While she said the desire behind the legislation is sincere, her department opposes it. She said in some circumstances prescribed burning is actually necessary to “literally fight fire with fire.”

She highlighted a wildfire in Santa Fe County in 2020 that was stopped by a prescribed burn that had happened the prior year.

McCarthy said inflexible time restraints on prescribed burns will not work in a large state like New Mexico and will prevent “in some cases, important work from happening that, at the end of the day, is going to protect our citizens.”

“What happened is a tragedy,” Bronson Corn, the president-elect of the association, said.

He said prescribed burns are important for agriculture. He said there are grasses and vegetation that need to be burned so that livestock and wildlife can graze.

“It’s a tool that I want to make sure that we can continue to use,” he said.

Corn said burning after April in certain areas can destroy new growth that the livestock and wildlife need.