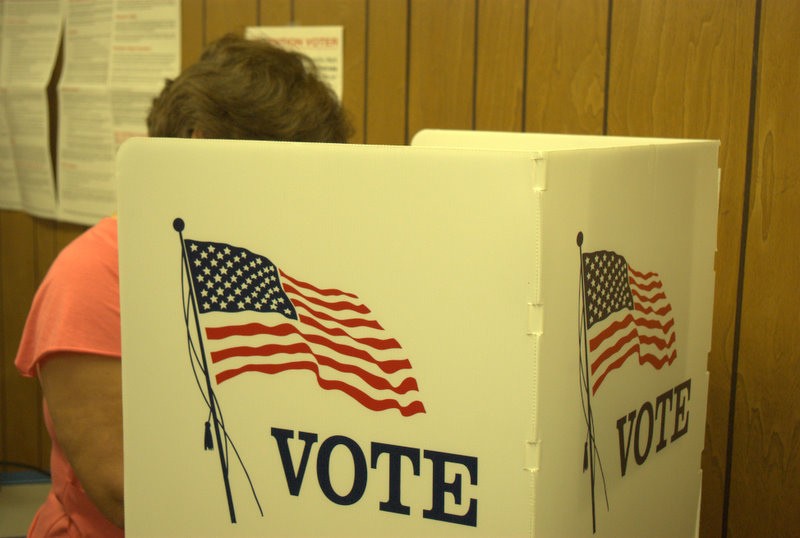 Voters in several municipalities across New Mexico voted Tuesday, marking the first consolidation of elections under a new state law.

But one of the closely watched races in Albuquerque was in the city’s District 2, where incumbent Isaac Benton ran against five other challengers. Benton failed to clear 50 percent, and will face Zack Quintero in a run-off election next month.

The contention between the two seemed to overshadow the rest of the candidates as a measure finance committee—the city’s version of a political action committee—which supported  Benton ran a series of mailers accusing Quintero of misrepresenting his work history. One of those mailers had a picture of Quintero superimposed on the body of a cook, with the words, “ZACK QUINTERO DIDN’T INVENT CHRISTMAS ENCHILADAS.” The mailer was one of a series that accused Quintero of inflating his job responsibilities while working for the City of Santa Fe. The series of mailers also included one with Quintero’s face superimposed on the body of an astronaut.

The unofficial results on Tuesday night showed Quintero with about 20 percent of the vote and Benton with about 42 percent. 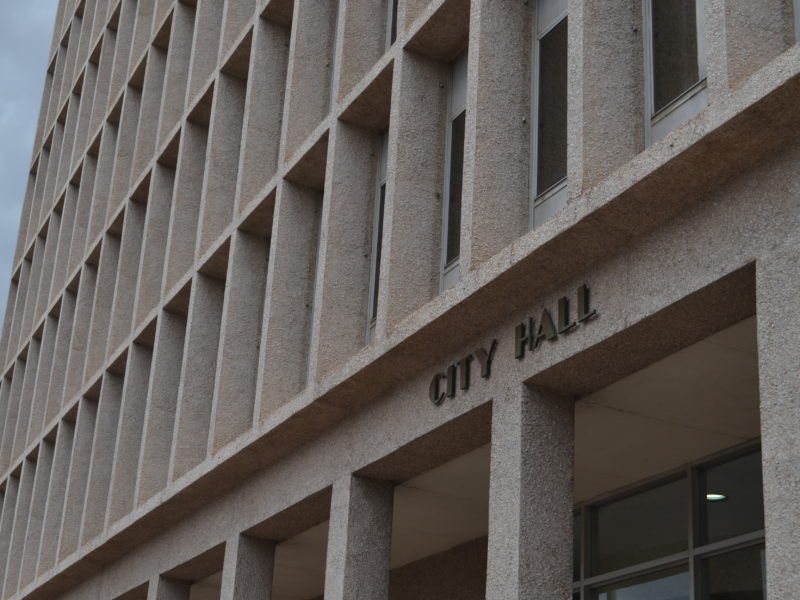 Two more calls for a mistrial in UNMH whistleblower case

Two divisive Albuquerque city council district races were decided in a runoff election Tuesday night. Incumbent City Councilor Isaac Benton won his race in District 2, which includes the downtown and historic Barelas neighborhoods. Political newcomer Brook Bassan won her race against Ane Romero, who has never held a political office before, but ran for a state House seat in 2016.

Benton told NM Political Report that his win shows that his constituency knows he’s not in it for the fame or fortune of the city council. “I’ve always just wanted to serve and I think quite a few people recognize that,” Benton said.

Leading up to the election last month where Benton won the most votes, but failed to get more than 50 percent, accusations of dishonesty came from both sides. But it was a mailer from political group who supported Benton that caused the most controversy and division.

The Bernalillo County Board of Commissioners voted on Tuesday against adding a public finance proposal to the November general election ballot. The proposal, known as Democracy Dollars, would provide vouchers to citizens, who could apply them to publicly-financed candidates of their choice. While the commission only voted on whether the measure would be on the November 2018 ballot for Albuquerque residents, commissioners mostly criticized  the merits of the proposal itself. Executive Director of Common Cause New Mexico Heather Ferguson called the 3-2 vote an “overstep” and “overreach” by commissioners. “What the commission decided to do tonight is to question the will of the voters who knew and understood the program they were signing,” Ferguson said.

The children of a man shot and killed by an Albuquerque police officer will receive $375,000 in a legal settlement from the city, four years after they first sued the city of Albuquerque. On Tuesday morning, state court judge Denise Barela-Shepherd approved the settlement agreement between city attorneys and lawyers for the three children of Mickey Owings. Alicia Manzano, a spokeswoman for Albuquerque Mayor Tim Keller, said her office had not recieved the official order from Barela-Shepherd. “The city is awaiting the court order that approves the settlement and dismisses the case,” Manzano wrote in a statement to NM Political Report. In a prior statement, Manzano noted this was one of the last few pending cases carried over from the previous administration.

On New Mexico’s primary election day, in almost triple-digit heat, former state Senator Dede Feldman stood outside an Albuquerque middle school with a signature-filled clipboard in hand. It’s not uncommon to see people gathering signatures outside of polling locations for various political efforts. But Feldman wasn’t there to get anyone elected. The former four-term lawmaker, shaded by a wide brimmed hat, was collecting signatures to get a public campaign finance initiative on the ballot in November for Albuquerque voters. The initiative that Feldman and others hope to get on the ballot would increase money to at least some municipal candidates in Albuquerque who take part in the city’s public financing system.

Albuquerque Mayor Tim Keller this week told city police officers to stop the city’s DWI vehicle seizure program. Under existing ordinance, the police department can impound vehicles after DWI arrests, but before the driver has been convicted. Keller called on the city council to permanently change the policy, but there are still pending lawsuits by people who allege the city violated state law and the U.S. Constitution by taking vehicles and then charging owners to release them. Albuquerque’s Chief Administrative Officer Sarita Nair said city attorneys are evaluating each case individually before taking any further action. “Our legal department is doing a case-by-case review of every case, whether it’s in the initial stages, whether it was set for a hearing at the city administrative hearing level or whether it’s in the district or higher courts, to make sure that we handle all the cases consistently, fairly and transparently,” Nair told NM Political Report.

After state and U.S. lawmakers called an editorial cartoon in the state’s largest newspaper racist and offensive, the editor-in-chief of the Albuquerque Journal issued an apology. In a statement, Karen Moses apologized for upsetting readers. “In hindsight, instead of generating debate, this cartoon only inflamed emotions,” according to Moses’s statement posted on the paper’s website Thursday. “This was not the intent, and for that, the Journal apologizes.”

Moses also said the cartoon does not reflect the position of the Journal. The Journal’s reporters, who work separately from the editorial board, covered the controversy in the paper’s Thursday edition.

The U.S. Department of Justice is again threatening to withhold some crimefighting funds from Bernalillo County over what the Trump administration has called “sanctuary” policies. The DOJ contacted Bernalillo County and 22 other jurisdictions, including New York City and the states of California, Illinois and Oregon, saying they violated the law that promotes sharing immigration enforcement information with the federal government. DOJ says the statute requires cooperation as a condition for receiving grants through the Edward Byrne Memorial Justice Assistance Grant Program. Wednesday, DOJ threatened to subpoena officials who do not comply with their documents request. The threat is the latest in the fight between the federal government and local jurisdictions they deem as “sanctuary.” There is no formal definition of a so-called “sanctuary” city or county, though the Trump administration generally uses it to refer to local jurisdictions that do not fully comply with federal requests to aid enforcement of immigration law.

The APD rank of major will be eliminated, the two said, along with the assistant chief position. Under the new structure, Geier will oversee four bureaus, each run by a deputy chief, compared to six bureaus run by department majors. Keller told reporters he consulted with APD and decided to start from the top down to reorganize the department, which was also one of his campaign promises. “Like any reorganization, we are starting from the top,” Keller said.

Albuquerque Mayor-Elect Tim Keller announced new leadership positions for his administration this week, including an interim police chief. Keller announced on Monday that Sarita Nair will be the city’s Chief Administrative Officer. Nair is one of multiple members of his staff in the State Auditor’s office that will hold key positions in his administration. Nair will be the first woman to serve in the position in Albuquerque’s history. She worked in the State Auditor’s office as Chief Government Accountability Officer and General Counsel under Keller.

After a contentious trial filled with tears, frustration and sharp warnings from the judge, both parties in a whistleblower lawsuit came to an agreement late Thursday night. The confidential settlement between the University of New Mexico Hospital and a former resident came after almost two weeks of testimony and hours before the jury was set to hear closing arguments. Former UNMH medical resident Dr. Cynthia Herald sued the school, alleging she was pushed out of the program after she told her bosses she was raped by a male colleague. UNMH attorneys disagreed, saying they removed her from the residency program because she made many possibly fatal mistakes during surgeries, had a prescription drug problem and did not take responsibility for her shortcomings. Related: See all our stories from this trial
Herald told reporters after the trial she feels “a huge sense of relief” but that the decision to settle was not an easy one.