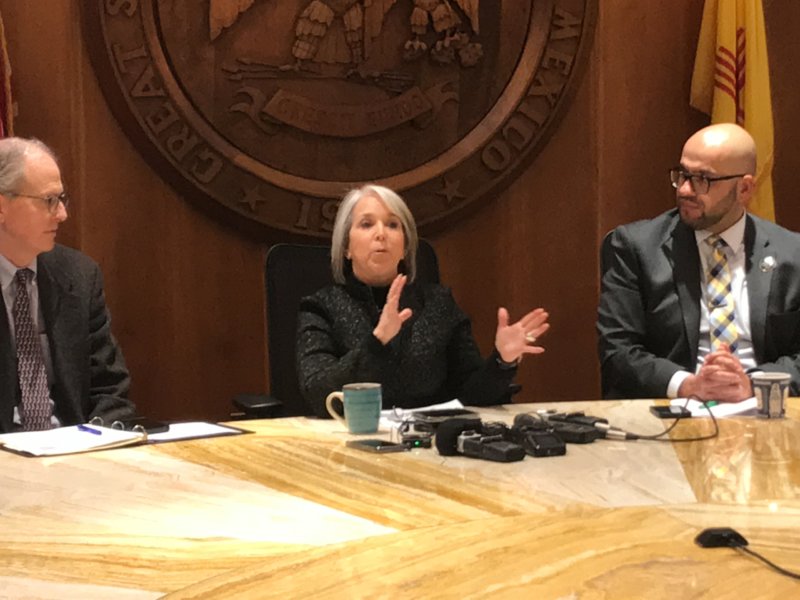 Gov. Michelle Lujan Grisham proposed a package of legislation that would promote public safety statewide, if approved. She said that public safety has always been a legislative priority for as long as she could remember. “The details of that shift and the issues that we are called to address change. That is awesome,” Lujan Grisham said during a Wednesday press conference. “This administration has been working on mostly but not entirely, making sure that the criminal enhancements, that the high risk criminal aspects get dealt with in our public safety effort, but they’re doing all of these upfront investments to make sure that we have healthier, stronger, resilient families and we’re dealing with making sure that poverty isn’t our enemy as we look to gain ground in public safety.”

There was also discussion about how the root causes of crime, such as abject poverty, can be handled from a legislative perspective. 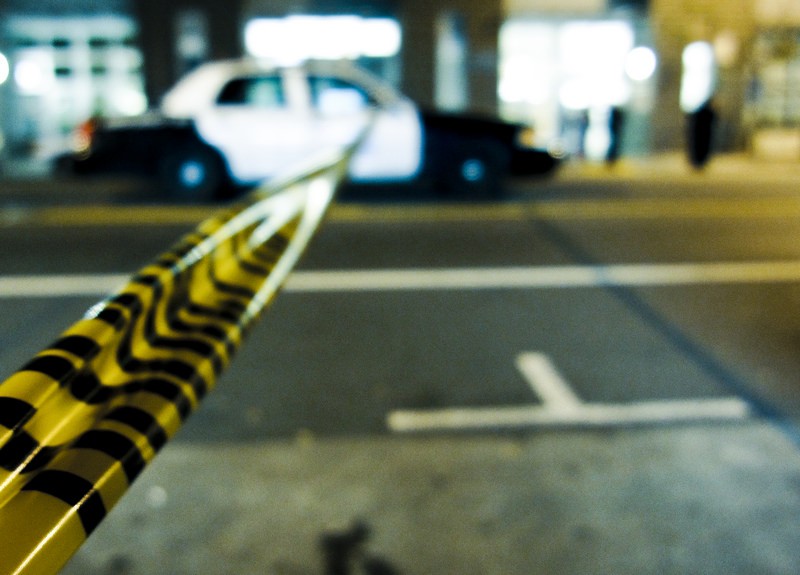 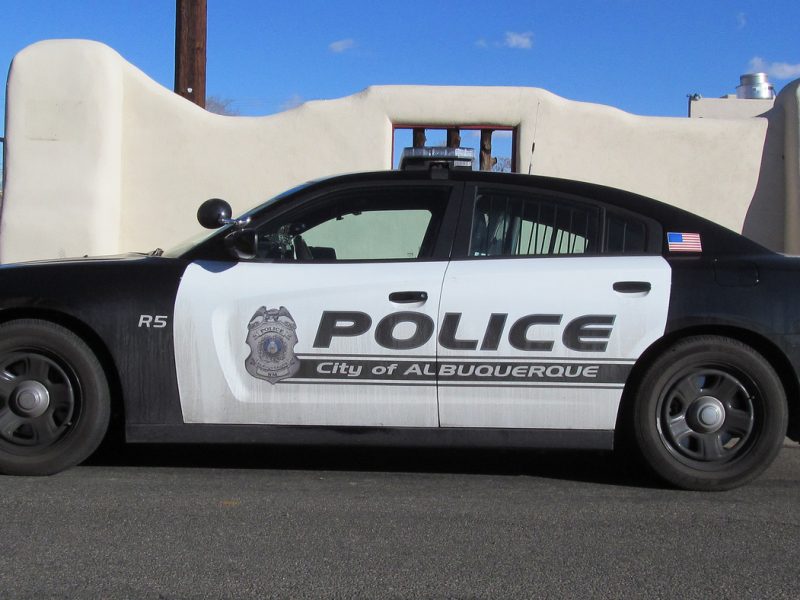 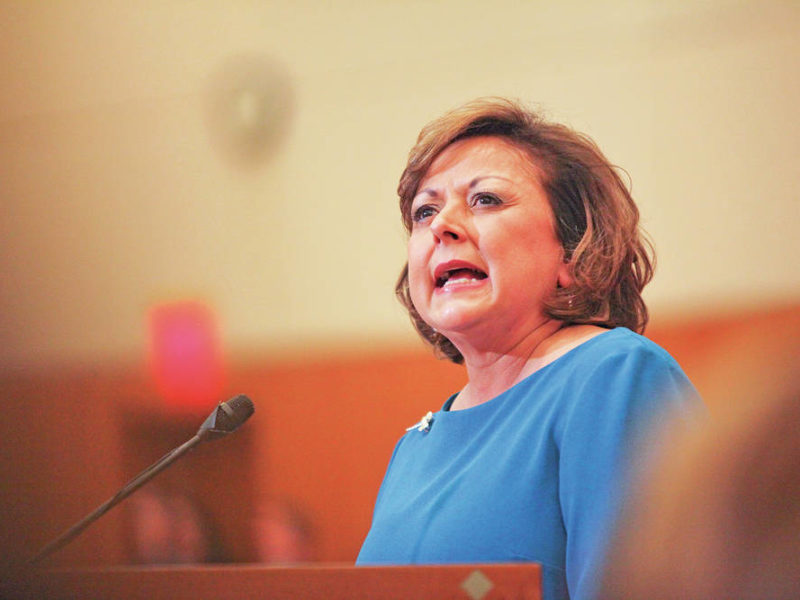 Governor calls for tax reform in State of State speech 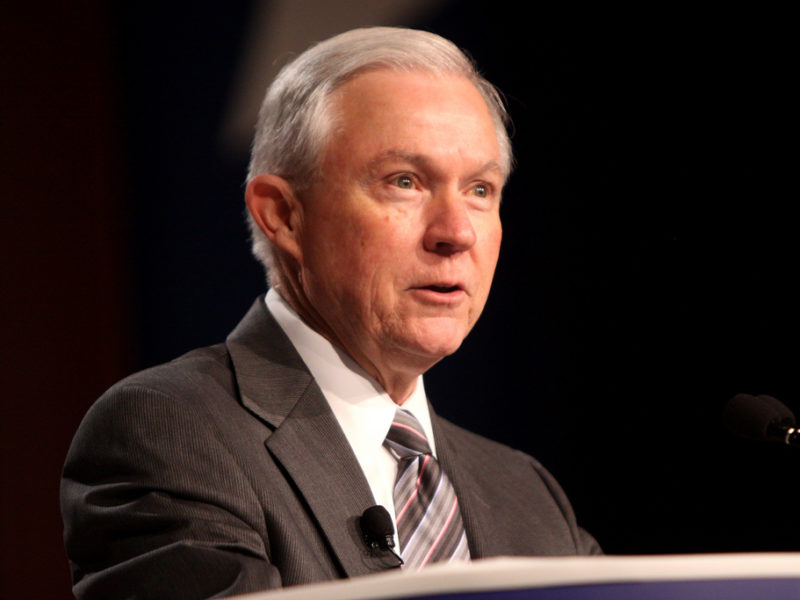 The former Republican candidate who allegedly masterminded the shooting of four houses of Democrats  was ordered to remain in pre-trial detention during a hearing in Second Judicial District Court on Monday. Judge Brett Loveless granted prosecutors’ motion to keep Solomon Peña, 39, in pre-trial detention for a charge of receipt, transportation or possession of a firearm or destructive device by certain persons. Peña remains incarcerated at Metropolitan Detention Center in Albuquerque. The charge is among 15 charges against Peña in the case of four drive-by shootings at Democratic politician’s homes in December and January. Peña was charged on four counts each of shooting at a dwelling or occupied building, shooting at or from a motor vehicle and conspiracy to shoot at a dwelling or occupied building.

Albuquerque Police detectives found what they think may be illegally obtained campaign contributions while investigating Solomon Peña and the shootings he allegedly masterminded. “APD detectives learned through witness interviews related to the shooting investigation that Peña identified individuals to funnel contributions from an unknown source to his legislative campaign,” an APD news release states. “Detectives are working with other law enforcement agencies to determine whether the money for the campaign contributions was generated from narcotics trafficking and whether campaign laws were violated.”

The Campaign Reporting Act dictates how campaign funding can be used.

Speaker Martinez comments on shooting of his house

Speaker of the House Javier Martinez, D-Albuquerque, opened up about the recent shootings of houses owned by Democratic politicians in Albuquerque, including his own. Martinez held a press briefing prior to the opening of the legislative session on Tuesday. “It’s long overdue, that we lower the temperature,” Martinez said. “These are the things that can happen when rhetoric gets out of hand. I am incredibly grateful to the Albuquerque Police Department, to (Albuquerque) Mayor (Tim) Keller and to all of those who played a role in protecting our safety and ensuring that our democracy remains intact.”

Legislative session security in the wake of shootings

The upcoming legislative session begins on Jan. 17, less than two weeks after news reports revealed a series of shootings involving Democratic leaders residing in Albuquerque. With the session beginning in less than a week, the New Mexico Political Report reached out to New Mexico State Police about security at the Roundhouse for the session. “New Mexico State Police has an operational plan in place for the 2023 legislative session, as we do for every session,” State Police spokesman Ray Wilson said via email. “We have assigned appropriate resources to ensure the safety of the public, senators, and representatives.”

The public are encouraged to voice their comments, questions and concerns in a peaceful manner; however, NMSP is prepared for any chaos that may erupt.

Suspect in custody in shootings of Democrats’ properties

Albuquerque Police Department Chief Harold Medina announced Monday afternoon that a suspect is in custody regarding the recent shootings of Democrats’ homes and offices.

“We do have a firearm in our possession that is linked to one of the shootings,” Medina said. “We are not going to get into details as this is still an active investigation.”

Medina declined to release the name of the person of interest, citing the investigation. The only information APD released about the person is that he is a male who is currently in custody on an unrelated charge. Law enforcement also have a firearm that may be connected to the shootings. “We never want this to happen,” Albuquerque Mayor Tim Keller said.

Another potential shooting at home of another ABQ Democrat

State Rep. Javier Martinez, D-Albuquerque, reported shots were fired at his home in December. Martinez is the likely incoming state House Speaker. Following last week’s reports of five high-ranking Albuquerque Democratic politicians’ homes or offices being shot at, Martinez looked over his home, an Albuquerque Police Department news release states. “He discovered damage presumably from gunfire heard in early December outside his Albuquerque home. APD detectives went to the home and located evidence of a shooting,” the news release states.

Those who need to update their driver’s licenses or identification cards before the REAL ID enforcement date have two more years to become compliant. The Department of Homeland Security, or DHS, announced on Monday an extension to the REAL ID full enforcement date by two years to May 7, 2025. This means that states have more time to ensure their residents have driver’s licenses and identification cards that meet security standards set forth in the REAL ID Act of 2005. These are the requirements necessary to board airplanes or enter some federal facilities. Once the May 7, 2025 deadline passes, federal agencies including Transportation Security Administration will not accept driver’s licenses and identification cards that are not REAL ID compliant, a U.S. Department of Homeland Security news release states.

Attack ads, political bottle tossing and recriminations have marked this year’s race to replace outgoing Gov. Susana Martinez, who is leaving office due to term limits. The campaign’s increasingly dark tone illustrates the state of play in politics here in New Mexico and across the nation. But under the tribalism lies something else: A set of stark differences in visions held by the two candidates, Democrat Michelle Lujan Grisham and Republican Steve Pearce, who have both abandoned seats in the U.S. House of Representatives for a shot at the Governor’s Mansion. During three televised debates, Pearce and Lujan Grisham have hurled broadsides and frontal attacks at one another on a host of issues bedeviling the state — from education to immigration, economic development to marijuana legalization, energy to water conservation. Clashes over how to address New Mexico’s persistently high crime rates, particularly in Albuquerque, have torched some of the race’s oxygen, too.

The notion struck Megan Duffy at an event she attended with several other women—and it struck her hard. It was Aug. 18. The gathering marked the anniversary of a seismic change to the US Constitution: Passage of the 19th Amendment, more commonly known as women’s suffrage. “Women have only been able to vote in this country for 98 years,” Duffy says in a recent interview with New Mexico In Depth and SFR.

City of Albuquerque agrees to settlement in police shooting suit

The City of Albuquerque agreed to a still-undisclosed settlement in a four-year-old lawsuit filed by the minor children of a man who was shot and killed by police. The agreement came Friday, just two days before a jury trial for the lawsuit was set to start. Three children of Mickey Owings filed a lawsuit against the city in 2014 after the U.S. Department of Justice included Owings’ death in its scathing report of the Albuquerque Police Department and its use of excessive force. A spokeswoman for Albuquerque Mayor Tim Keller confirmed the city and the children’s attorneys agreed to settle, but she declined to provide details before a state district court judge approves the agreement. “The parties reached an agreement on the Owings case, which is one of the last few remaining cases still pending from the previous administration listed in the DOJ report,” the mayor’s spokeswoman Alicia Manzano said.